“I kept awake thinking whole night that whether my army will be able to do this or not; due to this fear I was unable to sleep” this is neither a dialogue from movie nor excerpt from novel. This is the part of the address delivered by Indian Defense Minister Manohar Parrikar. In this address he tried to create the impression that he was restless like the US State representative over alleged Abbotabad Operation against Osama. The reality of Indian Minister is, tell an open lie and stick to it. In the way Indian claims of Surgical Strike in Azad Kashmir on 29 September 2016, were rejected by Indians, Media and Opposition, it was expected that Modi govt. will not mention it anymore but in the way Indian Minister repeated his lies this can be termed as stubborness.
After statement of Indian Defense Minister, Indian COAS General Rawat threatened Pakistan in his interview to Indian newspaper, if Pakistan did not stop infiltrating terrorists into Pakistan than India will continue surgical strikes in Pakistan. In other words, Pakistan is an unguarded place for Indian army where they can go whenever they want. The oral claims or threats from Manohar Parrikar might be explainable on the basis that he did not have any idea of Surgical Strikes but statement of COAS of such a big army based upon hypothesis is astonishing. This is why that COAS of Pakistan army General Qamar Bajwa made this clear to his Indian counterpart that neither India has dared to attempt Surgical strike in past nor India can dare it in future. If Indian army attempted any such misadventure, Pak-Army is ready to give a befitting response. General Rawat knows the professional and war capability of Pakistan army very well.
India has become dependent upon propaganda and lies over its fantasized success. Whenever Indian army had to show its bravery and professionalism; Indian soldiers prefer to flee from the scene. While threatening Pakistan they forget that neither India have capability for such operation nor courage. How much daring and brave Indian army, Commandoes and Army Aviation Officers and soldiers are; this can be understood from a real life incident thousands of miles away from their motherland.


This was mid of April 1994, hundreds of miles away from Mogadishu in the South Western City of Kismayo, militants from Farah Aidid entered into a compound of an NGO and took the people (mostly Indians) present there as hostage. Indian 1st Bihar Regiment was responsible for peace in the city under UN mission along with Canadian and German army. This was the time when US army had lost two of its Black Hawk helicopters and many commandoes while fighting Farrah Aidid militants. The guerillas of Farah Aidid were so much feared that no one dared to go near them.
Force Commander of UN Mission in Somalia ordered Indian Commander to take action for release of hostages. Indian Army Aviation Unit along with helicopters from Canadian Aviation were deployed in the area. But the reports of militants being equipped with Tamya-145 ZSU-23 Anti Aircraft Guns made Indian aviation pilots to deny the orders to fly the mission in the Kismayo city. Indian army’s stance was that unless they are not given full cover of army aviation they are not ready for any operation in the region. The pressure developed on the UN army for safe release of hostages by the NGO; UN had no other way except to order the Peace army present in the city for the operation which was already denied by Indian army.


Indian army Commander was forced to appeal Pakistani army deployed in the Mogadishu for help. Pakistani army was not authorized to operate in the area therefore Indian Commander was suggested to contact Pakistan through UN Force Commander that Indian army needs help of Pakistan Army Aviation. Indian army commander was forced to send his request for help via UNO to Pakistan army.
On 9 April 1994, 2 Cobra Helicopters of Pakistan army were sent for mission in the Kismayo city from Mogadishu. The mission was being commanded by Colonel Saleem Akhund, Commandant of Pakistan army aviation to Somalia. This operation presented a good example of Pakistan army’s military capability that from top to lowest command, the Mission commander remains on the front whether in case of war or operation. Colonel Saleem was being supported by Major Farhat Ali. In the second helicopter were Colonel Arshad Farooq and Major Waseem Akhtar. All of them were proud pilots of Pakistan army aviation. For saving innocent human lives these pilots flew for the continuous five hours and reached in the camp of 1st Bihar Regiment at Kismayo. The strategy of operation was planned. It was agreed that Pakistan Army Aviation pilots will penetrate into the area where Farah Aidid guerillas have deployed anti air craft guns and neutralize them. Afterwards, Indian and Canadian commandoes will penetrate into the compound on 4 helicopters in order to get the hostages released while Pakistani helicopters will remain in the air in order to provide cover to Indian, Canadian soldiers and hostages.
On the other hand when militants got the reports that Pakistani army aviation helicopters have reached Kismayo city, they lost their courage. This was such an unseen help from Allah which was spread in all over the African continent wherever Pakistan peace contingents have been deployed. When Pakistan helicopters reached in the area, the militants have already fled from the area leaving behind their anti aircraft guns deployed over the rooftops of the buildings. Even if they had not left the area, Pakistan army aviation pilots were ready to face them. Pakistan army aviation destroyed anti-aircraft guns. After declaring the area as safe by Pakistan army, Indians entered into the compound, took the hostages with them and returned. Indian camp was celebrating safe evacuation of hostages and thankful to Pakistan army aviation. They asked Pakistani officers to stay there and take part in celebrations.
Pakistan army officers offered prayers thanking Allah in the Indian camp because in this dangerous mission not on their lives but credibility of Pakistan and Pakistan army was at stake. Commandant Colonel Saleem apologized from participating in Indian celebrations and flew back to Mogadishu setting a new record of continuous flight of 5 hours on Cobra helicopters in the history of army aviation. 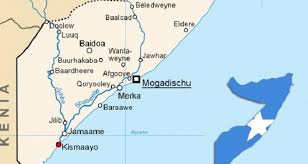 We started from the Indian army still captivated by the fantasy of surgical strike. Indian rulers and officials may deceit Indians through their Bollywood dialogues but they cannot deceit world. Indian army command also knows the high standards of Pakistan army’s professionalism. Pak army also has moral supremacy over Indians as well. In 1994 when Pakistan army went ahead to save Indians in Somalia; Indians were busy in killing innocent Kashmiris in Indian Held Kashmir due to which both countries  were not on good terms. Pakistan army present in Mogadishu was not responsible to help Indian army. Despite of all this, Pakistan and Pakistan army on the basis of humanity risked the lives of best pilots for saving the citizens of the eternal enemy. There are many such examples when Pakistan furthered its services for safety of Indian but Indians neither have any respect for human values nor diplomatic values otherwise Indian Defense Minister might have thought before singing the songs of successful Surgical Strike in dream…