Wars are not Won by Army Alone! 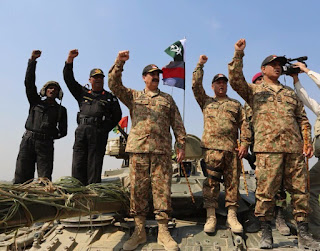 Whether these are the ladies or children in the Gulshan Iqbal Park targeted by terrorists, suicide bomb blast at Wahga Border or shooting the children in APS Peshawar… All these attacks are the part of the war imposed by our worst enemy i.e. India against Pakistan.
The attack over lawyers gathered in the Civil Hospital Quetta is also part of this series which made whole nation sorrowful. The painful aspect is that despite of knowing the name of the enemy we do not take the name of the enemy because our political elites have personal relations with India. This is the requirement of these relations that no matter India slaughters our children, kills our lawyers and plays with the blood of our innocent citizens but we do not take the name of India and keep silent. In contrast to this, India threatens Pakistan in the clear and naked words.
India clearly said that she will attack Pakistan where Pakistan would feel most hurt. Thus Indian terrorists attack innocent children in schools, public places, hospitals because when civilians become the target of terrorism whole society feels the pain. Astonishingly, whenever any incident of terrorism occurred, elements within Pakistan and India both celebrated it.
Look at the Quetta tragedy, more than 45 respectable lawyers were killed and total number of deaths is more than 70, more than 100 were injured. Every Pakistani was sorrowful over this tragedy but India called upon Pakistani High Commissioner to New Delhi and threatened him for the allegations that Pakistan is interfering in Indian Held Kashmir; according to Indian claims allegedly a Pakistani namely Bahadur Ali was arrested. Along with allegations India offered access to the arrested person. 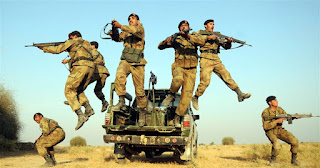 One may ask India that Pakistani political leadership was late in reaction; because they woke up when International Human Rights organization made hue and cry over the shooting / killings of innocent Kashmiri Children. India has been killing Kashmiris for last 4 months. India has become so much upset by the protests of the Kashmiri children and infants that Indian forces have started shooting shot gun cartridges used for hunting. In order to divert the attention, Indian analysts started threatening Pakistan that Pakistan should leave concerns over Indian Held Kashmir and pay attention to Balochistan and Karachi.
Indian Ministers are also giving such statements which show that in order to divert the attention of the world especially Pakistanis from Kashmir, India will execute some terrorist attack in Pakistan. Although, Pakistani High Commissioner to India gave befitting reply to Indian allegations and showed mirror to India while sitting in India that India is involved in the terrorism in Pakistan and made this clear to India that India should stop propaganda against Pakistan as such allegations would not be tolerated anymore. 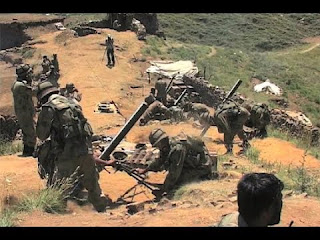 What was the reaction in Pakistan over Quetta attack? Mehmood Khan Achakzai of a nationalist party from Balochistan said that in the National Assembly what India has not dared to say that terrorists are on the payroll of the Pakistani Intelligence agencies, how terrorism can be stopped.
This was an open allegation on the Pakistani Intelligence agencies that Pakistani Intel agencies are busy in the terrorism in Pakistan. There cannot be any worse statement against Pakistan while sitting within Pakistan that chaos is being created in the hearts of the innocent public against the security agencies responsible for security of Pakistan. If the allegation has been limited to the negligence or failure of security agencies this might have been ignorable; every citizen has the right to question the performance of the departments. Public representatives have the right to criticize the performance of department but Achakzai not only alleged Pakistani Intelligence agencies but also defended Indian RAW in such manners that Kulbhushan Yadev was not the operator of Indian Navy but an innocent uneducated farmer who entered into Pakistan in order to catch back his cow and reached Balochistan. His entrance into Balochistan via Iran, links with separatists in Balochistan, threats of Modi to stop CPEC trade route at any cost and utilizing whatever possible all are fabricated stories for Achakzai. Achakzai is not the first to defend India within Pakistan but there is a long list of pro-Indian traitors. There are analysts and journalists who have said that Indian RAW does not operate out of India but this is ISI whose foot prints are sometimes found in Afghanistan and India. These analysts often repeat this joke that whether Balochistan or Sindh, both are being ruled / controlled by secret agencies thus they (corrupt politicians) cannot be condemned for the unrest in these provinces. These analysts have never been seen condemning India for violating human rights in Indian Held Kashmir. 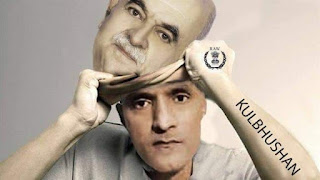 When these traitors allege secret agencies for terrorism in Karachi and Quetta they forget that political leadership of these provinces have done nothing in their reign except purchasing assets and establishing business in Dubai and abroad. These are the reasons that paved way for foreign agencies to establish their network in Pakistan and foreign agencies succeed in exploiting the security situation in Pakistan for executing big terrorist attack. 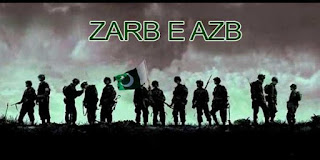 If any arrested terrorist takes name of his facilitator in Pakistan and the facilitator is a politician; it is termed as political revenge and such propaganda is made that even the terrorist seems to be innocent. Moreover, wars are not fought by army alone; if we have to win the war we will have to raise ourselves beyond the nationalism, provincialism, political interests, lingual disputes and be united as a Nation against the cunning enemy…