Try to Understand the Message Hidden in Struggle of Kashmiris!

Islamist supporter of Erdogan rejected the coup by the liberal moderate and anti-Islam elements in the Turkish army. In this way they not only defended the democracy but defeated a grave conspiracy to make Turkey unstable in the light of the current chaotic situation of the Central Asia. When the news about taking control of the Turkish coup came the messages given by the Pakistani Prime Minister and Ministers of the Cabinet astonished which carried more complaints from Pakistanis than appreciation and congratulations for Turkish people. The complaint was that if like Turkish people Pakistanis have laid in front of Tanks on 12 May 1999 than Pakistan army’s attempt to derail democracy would have failed as well. 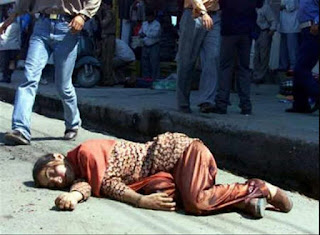 State television mostly carried these emotions in its telecast on 16 July 2016.  While criticizing army they forgot that due to the Good Governance and steps taken for the betterment of the public by Turkish govt. Turk’s got the courage to lay down in front of the military tanks. These were the steps for the betterment of Turks which was repaid by the public by defending the democracy. Not only on internal front but the role of Turkish govt. on foreign fronts is also appreciable. When genocide of Muslims started in Myanmar, Turkey was the first country that gave warning messages to Myanmar. First woman of Turkey visited Myanmar to express solidarity with Muslims of Turkey. When Israel besieged Palestine, Turkey sent its cargo ship filled with relief goods and medicines despite of the threats by Israel. Israel had to face opposition on the international level as Israel stopped this ship.
When floods devastated Pakistan, Turkey was the first to send relief goods even First Woman of Turkey donated her marriage necklace in the fund for rehabilitation of flood affected people. While our politicians are still exploiting the aid from Turkey for their political interests. Whether they donated a single penny from their own pocket or not, no one knows.
One may be worrying that what is the link between the unrest of Kashmiris and Turkey? If our politicians have given half of the statements in favor of Kashmiris as they gave in the happiness of failure of Turkey coup, India would not have dared to shot unarmed Kashmiris. The corpses of Kashmiris youngsters would not have been mutilated by state terrorists of India. The open terrorism of Indian forces in Indian Held Kashmir is going on since last three months. These war crimes of Indian terrorists have got violent after Eid-ul-Fitr. But our rulers are perfectly silent over the atrocities of the Indian terrorists. 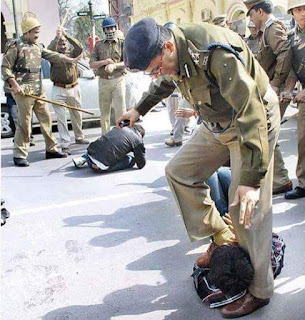 Our rulers were forced to express concerns when International media could not keep silent on these mass violations of human rights anymore, but these concerns were limited to only statements and no diplomatic step was taken by Pakistani political govt. Pakistani govt. should have called Indian ambassador and handed him a stern protest letter for New Delhi. If India resorted to reject it by beating the old triumphant that Kashmir is its internal problem than Pakistani govt. should have realized it to India that India has been taking time in the name of negotiations over the Kashmir issue since last 7 decades. This is the intransigence of India over Kashmir issue due to which whole region is at the brink of nuclear war than how this can be the internal matter of India? 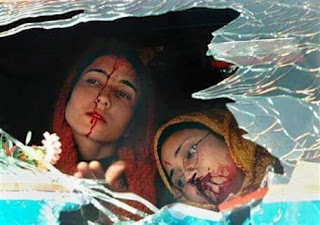 Look at the history of 1971. India first of all fueled the militancy through a well organized conspiracy. Started killings and looting through Indian organized Mukti Bahni over long and short of the Eastern Pakistan. India exploited international media against Pakistan through funding. India launched an effective propaganda campaign against Pakistan in order to make Pakistan secluded diplomatically. When the situation was in favor of India, Indira Gandhi announced that “she will not allow genocide of Bangalis in Eastern Pakistan”. India proudly accepts her conspiracy. Current Prime Minister of India Modi proudly recalls his individual role in the fall of Dhaka. All the allegations laid over Pakistan army for genocide and killings of Bengalis have been proved to be fabricated. 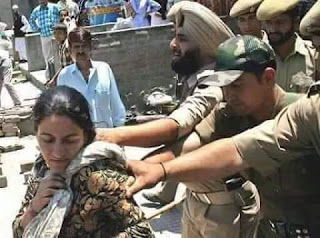 But what is going on in Indian Held Kashmir where Indian army is involved in the killings, rapes, forced disappearances and state terrorism for last seven decades. Unarmed Kashmiris are being shot dead; their dead bodies are being mutilated. Such barbaric acts are done by ISIS terrorists in their videos over Social Media or by the Indian state terrorists. Recently a video has been leaked in which Indian army officer can be seen hysterically attacking the head of a dead Kashmiri with knife and cutting throat of the dead body. Other Indian soldiers are also seen in the background. Video seems to be recorded by some Indian soldier. What could be the goals behind recording and releasing of such videos? This might be a separate discussion but a normal person cannot see this video to full. 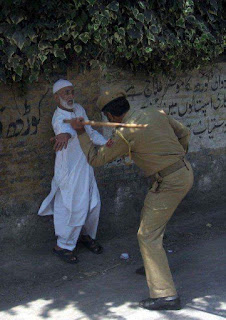 Indian army (state terrorists) should be brought to trial for their war crimes against civilians and crimes against humanity in the International Criminal Court. The envoys of Ministers should be sent to international powers which should realize the world that India is involved in the state terrorism, genocide and most heinous crimes against humanity in the Indian Held Kashmir. India is utilizing such torturous and heinous ways to crush freedom movement in Kashmir for which one may hardly find any example even in the black era. But who will take such steps against India? 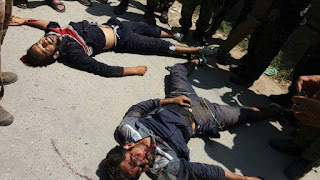 Our politicians are not ready to go beyond a certain limits even in verbal statements because of their personal and business interests. They are unable to perceive that Kashmiris are determined to get freedom at any cost. The freedom movement is now being lead by youngsters who are more passionate and concentrated on the result than their forefathers. The greatest example of this determination is the Burhan Wani martyred by Indian terrorists who used to address the gathering of thousands of Kashmiris and took oath from them for freedom from India. Now, every youngster of Kashmir wants to be Burhan Wani. For God sake understand the message of Kashmiris and raise your voice for their rights…