Indian War base in Tajikistan!!!

Majority of the Pakistanis will not be aware that India has a war base in Tajikistan out of India as well. Not only Indian fighter jets are present on this war base but India is utilizing this war base for recruitment and training of terrorists for terrorism in Pakistan. In 2003, India made a deal for the Farkhor Airbase situated 140 kilometers away from the Dushanbe, capital of Tajikistan 2 Km away from the border of Uzbekistan. When the concerns were expressed by the Tajik media over handing over of the destroyed war base to India, Tajik govt. denied the deal of handing over of the war base to India and gave the clarification that war base has been given to India only for the reconstruction purposes. India will not be allowed to utilize this airbase for the war purposes.
While India gave a different version stating that India wants to avoid the situation similar to December 1999 when an Indian passenger aero-plane was hijacked and landed at Qandahar and New Delhi had no nearby airbase from where Indian Air Force may take action against the high-jackers. So in case in the future if anti-Indian govt. comes into power in Afghanistan than India should have a nearby airbase available. India acknowledged that two Squadrons of 14 Indian Mig-29 are present on the said airbase.

However, the reports revealed that India is exploiting this airbase as a training camp of terrorists for terrorism in Pakistan. Underage, unemployed youth from Uzbekistan, Tajikistan and tribal areas of Pakistan is recruited under the garb of well paid jobs and a handsome amount is paid to the families of these recruits. In the training camps, youngsters are given good food and living standard. The psychologists under the garb of Muslim scholars brain wash these youngsters, explain to them the problems being faced by the Muslim all over the world. They are made to believe that root cause of all the problems of the Muslims is Pakistan, Pak army and ISI. India has psychologists speaking Uzbek, Tajik Balochi and Pashto languages for converting these youngsters into terrorists and suicide bombers. Those who are ready to fight against Pakistan in the light of whatever is taught to them are shifted to tribal areas of Pakistan via Afghanistan and the remaining are given further lectures. Few of them are shifted to training camps in India near Pakistani borders. Here these terrorists are trained to use small automatic weapons, preparation and installation of bombs and guerilla warfare. 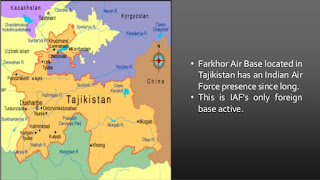 It is impossible that Pakistani intelligence and Foreign Ministry are unaware of the links and reality of these links between India and Tajikistan. When Pakistan’s Prime Minister of Pakistan reached Tajikistan in order to attend the KASA-1000 Project deal, it was the duty of the Pakistani Embassy to make the details of the ceremony clear to the Prime Minister. India was not a party to the deal but the map shown on the back of the stage was enough to make it clear that India has the support of Middle Eastern states against CPEC. In this map Kashmir, Gilgit Biltistan was shown as the part of the India due to which Pakistan has no link with China. Principally, our Embassy should have protested on the spot and on the end of the ceremony Prime Minister should not have stayed there. But this did not happen; our rulers have not given any importance to such an important issue linked with the integrity and identity of Pakistan.

When this map of Kasa-1000 project was published, a wave of protest was raised. When the issue was raised in the Senate, Foreign Advisor Sartaj Aziz replied that he has no knowledge of the issue however, he only knows that host country has expressed sorry over the issue. Sartaj Aziz told the Senate that the brochure that was given to the participants of the ceremony had the correct map of Pakistan. From his statement it seems that neither he nor any member of Senate took the pain to look at the map of Pakistan given in the said brochure in which including Azad Kashmir whole Kashmir has been shown as the part of India but our Foreign Advisor is claiming it to be a correct map of Pakistan? In such a situation when India on the one hand is busy in the experiments of Ballistic Missiles and converting herseld into cache of modern mass destructive weapons and changing the constitution to show Kashmir as part of India, such statements and blunders are equivalent to criminal negligence by such a seasoned politician of Pakistan like Sartaj Aziz. India is making changes in her constitution that if media element does not show Kashmir as part of India than it will have to face heavy fines and punishment. 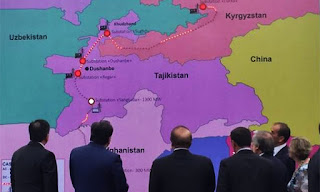 Pakistan has written a letter to UNO against Indian steps, which is fruitless. Before this Pakistan has written many complaints to UNO for which no action has been taken by UNO (because UNO was established to protect the rights and interests of Jews and Christians). The only solution to the problem is that Pakistan should also give its map a legal form. An effective campaign against India should be started on the diplomatic level. All this will be only possible when our elite class would be ready to take India AS ENEMY (not a friendly country to shift their looted money)…