This might not be something astonishing for the rest of the world but for Pakistanis it was shocking that Indian Defense Minister gave aggressive statement against Pakistan on 16 January 2016. If this was due to the Pathankot airbase attack then Indian govt. should have issued such statements on the night of 2nd January 2016 or the very next day when Pathankot airbase was attacked. During this period Indian media, left no stone unturned in its propaganda campaign to defame Pakistan for the whole week but India govt. and extremist party BJP gave cautious and positive statements. Keeping in view such approach of Indian govt. not only, Pakistan assured India of full cooperation but as a goodwill gesture arrested Maulana Azhar Masood and his fellows. The only purpose of these steps was to ensure friendly relations between two countries but India took it into the wrong way. 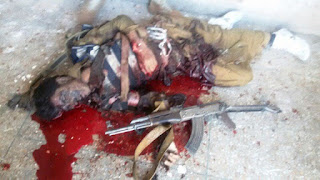 The whole situation was dramatically changed when Pakistan expressed intention to send an investigation team of four members headed by a Brigadier of ISI, India accepted this offer and assured to fully cooperate and provide information to investigation team of Pakistan. When India came to know that Pakistani investigation team would also visit all those places within Indian airbase from where terrorists entered into the airbase and fought with Indian forces for four days continuously. Since the night of attack to date India has not given access to media to those places in the airbase where Indian forces fought with terrorists for more than 100 hours in which sounds of firing and blasts were heard miles away. Obviously, Pakistani team had to visit India to investigate the crime scene. Moreover, Pakistani team wanted to investigate or meet with SP Salwinder Singh, Jeweler Rajesh Kumar Warma and Cook Madan Gopal so that the reality of the alleged attack can be dug out. Idnia was not ready for such demands from Pakistani investigation team. She was considering that it would be formal visit just for talks and she thought that Pakistan would accept all Indian orders enchanted by the sudden visit of Modi to Lahore. Were Indians afraid that if Pakistani team is taken to those places in Pathankot airbase where operation took place then there would be nothing to show? 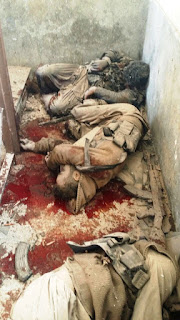 Although India conditioned the identification of killed terrorists with their DNA tests however, even the photographs of their faces have not been released as well. Secondly, after accepting the visit of Pakistani investigation team to India if she did not allow Pakistani team to visit the places of attack then this would have made whole attack suspicious in the eyes of the world. So there was only one-way, left to get rid of this situation i.e. give aggressive statement against Pakistan on the basis of Mumbai staged drama.

On 15th January 2016, Manohar Parekar removed his veil of friendliness and told journalists in Jaipur that after Pathankot airbase India has extent of its patience, Pakistan has not taken any action against alleged persons of Mumbai attacks as well, therefore within one year India will attack Pakistan as a revenge on such a place that will extremely hurt Pakistan. The first action of this threat has been seen in Pakistan as attack on Bacha Khan University Peshawar in which 21 persons including students, a Professor and Staff member were martyred. The operation against terrorists in the university was concluded within hours.
Few pro-Indian analysts are not ready to accept the link between Indian threats and terrorist attack. They are even not ready that India has been shocked and unnerved on the failures like destruction of TTP network termed as “Indian Assets” by India, clearing Karachi from Indian trained target killers, speedy work in Pak-China economic corridor, increasing interest of other countries in Pakistan, denial of Afghan President Ashraf Ghani to continue the policy of allowing India to use Afghanistan for terrorism in Pakistan and removal of asylum to Brahmdagh Bugti by Switzerland an important character in the Indian plan of terrorism in Balochistan. Moreover, this has been first time observed that Indian staged drama of Pathankot airbase attack has not been given acceptability in Europe especially USA and Uk. This shows that international powers are not satisfied with Indian story of 4 day long operation against terrorists in the Pathankot airbase. Due to this India has once taken help of Mumbai attacks. Our enemy has realized that we feel most hurt over the martyrdom of our children that is why Indian Defense Minister had said that we will Pakistan there from where Pakistanis would feel extremely hurt.