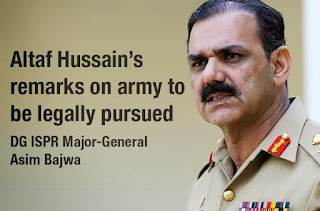 Everyday disclosures of conspiracies against Pakistan and plans to destabilize internal peace of Pakistan are being reported. All these reports and confessions are directly linked with the stability of Pakistan. The main point of whole of this situation is that nation has been entangled in the menace of inflation, shortage of electricity and gas, increasing unemployment, thefts, lawlessness and mismanagement in such a way that nation is unable to understand the meaning of PSYCHOLOGICAL WARFARE. As nation has been entangled in the war for personal survival they are unable to understand and face the war against the motherland. On the other hand country has is facing Fourth Generation War in the name of war on terror in which Army and its intelligence agencies are fighting an  unseen war which is the one of the hardest wars of the military history. Army is fighting this war alone from last decade and sacrificing lives to safeguard motherland in the form of attacks over military personnel and installations but our armed forces have not lost their control and attacked public indifferently but always acted upon the policy of identification of terrorists from innocents and then neutralizing them, destroying their hideouts. Military is also engaged in war games to prepare itself against possible aggression from the enemy both in traditional and nuclear ways. Pakistan army has been successful in keeping its morale high in such a way that both enemy and friends appreciate it. In the way locals from Swat and North Waziristan were evacuated to safe places and then neutralized terrorists in these areas one can hardly find an example of such professional military operation. If we look at our politicians for their role in this war against terrorism they either remained indifferent or their support was more inclined towards the other side rather than Pak Army. Uncountable men, women, children have embraced martyrdom in this terrorism imposed upon Pakistan. The number of our soldiers who sacrificed their today for nation’s tomorrow is also in thousands. 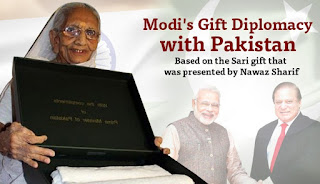 The series of these sacrifices have not stopped yet. This is the ambition of the Pak-Army to defend motherland at any cost that has made enemies crazy and they have not only started disclosing their conspiracies against Pakistan proudly in past but also acknowledging their role in terrorism in Pakistan. Enemy has been so much confused that an Officer of Indian RAW last day sent an SMS to Zimbabwean Cricket Team planning to visit Pakistan, directly threatening them of dire consequences if they visited Pakistan. All this was done to ensure monopoly of India in Cricket and defame Pakistan. Conspiracies of India, an enemy country that had not accepted independence of Pakistan since 1947 are justifiable but what had happened to PPPP leadership that has four times enjoyed power in Pakistan and MQM dictator leaders that they have started threatening Pak-Army in such sensitive situation? One may justify the reaction of MQM leadership in the light of the cases against it in Britain and sudden disclosure of their nexus with RAW and India. 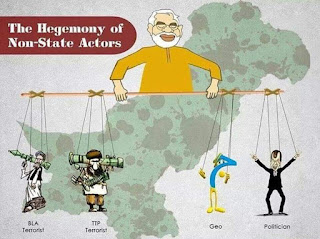 Their leadership is under pressure on disclosure of their treason in such a way; in the whole situation the voters of MQM are not guilty because MQM is the only political party that raises the slogan to give chance to poor to be in power and end the dictatorship of feudal lords over politics. But what had happened to Mr. Ten Percent, ex-Supreme Commander of Army and famous for compromises that he has started challenging Pak-Army and used such words to threat Pak-Army which are not even used by the Army Chief. Is this the reaction of attempt to bring his corruption to justice or there is something else in the bottom?

This is not merely the corruption of Zardari threatened to be disclosed that had made Mr. Cent Percent mad; if it had been so he has proved patience over the stories of Saray Castle, the disappearance of billion of dollars from Swiss banks, kickbacks in Augusta submarines from France all are preserved over the pages of newspapers. Then why did he get so much mad that he forgot even that army is engaged in the most sensitive operation Zarb-e-Azb. We are being threatened across the borders, everyday martyrdom of an officer or soldier is reported while fighting against    terrorists. No one thinks that are these terrorists part of collective army of enemies of Pakistan? Due to the sacrifices of Pak army we are safe. In such a situation if a seasoned politician like Asif Ali Zardari, leader of a political party gives such statements against army and threatens army chief that he has only three years while Mr. Zardari is forever to remain; all these things show that there is something else behind these statements. When Indians threatened Pakistan they were taken as a reaction of operation against terrorists especially in Karachi. How can we justify the statements of Altaf Bhai and Asif Zardari especially in such a situation when Chief Minister of Balochistan discloses in a Press Conference that enemy is struggling to disintegrate Karachi from Pakistan just like Balochistan. In the light of this sensitive disclosure it seems that it is not their corruption being brought to the justice but something else that has made them mad…