Indian Trade & Cultural War Versus Our Policy of Compromise! 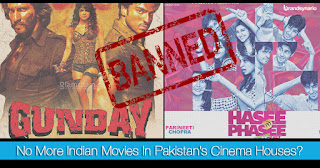 Whenever a nation gets divided or weak internally, enemy adopts trade and cultural war in order to make itself acceptable for the dispersed nation. What would be the bigger success for an enemy that its prey considers it as friend while it is busy in planning to attack and enslave that nation? Such a war strategy has been adopted by India against Pakistan; her defense budget is targeted over a single goal i.e. to make Pakistan, her weapons, cantonements, war preparations etc. are just for armed aggression against Pakistan. Indians neither have any threat from Nepal, Bhutan, Myanmar, Bangladesh, Sri Lanka nor China.
Presence of Armored Personel Carriers, Tanks, heavy artillery guns over mountains of Himalaya, 80% Indian army equipped with war machines to be used in desert, India 6 times bigger army than Pakistan. However, despite of converting India into a cache of weapons, she is aware that she cannot defeat Pakistan in traditional warfare because despite of limited resources and manpower Pakistan army has more capability and professionalism as compared to Hindu Indian army. That is why India decided to exploit traitors within Pakistan to fulfill her nefarious designs as she did at the time of fall of Dhaka. Hindu Indians are working on the principles provided by Kotalaya Chanakiya.
Pakistan is facing worst terrorism from the last decade. Many defense analysts and experts have been writing since the start of terrorism in Pakistan that India and Indian secret terrorist agencies like RAW are behind the suicide bomb blasts, target killings, kidnapping for ransom, killings to spread sectarian clashes and every big dacoity. India is supported in her state terrorism by USA, UK, Israel and some other neighbor countries due to their interests in the region.
But Pakistani rulers intoxicated with the friendship of India (for their own business interests and black money) are not ready to accept the bitter reality and they provided (and are still providing) chances to Indian terrorists to build their strong networks and signed such trade deals with India that were against the national interest. As a result of these trade deals Pakistani markets have been over crowded by sub-standard and unhygienic Indian products while Indians created hurdles in import of Pakistani products. Whether this deals was signed being aware of such shortcomings or Pakistani politicians were in fact so much innocent that they failed to estimate that in the presence of the subsidies provided by India to her farmers and industrialists, trade with India would prove economical murder of Pakistani farmers and industrialists especially when power shortage was being created by these corrupt rulers as well. 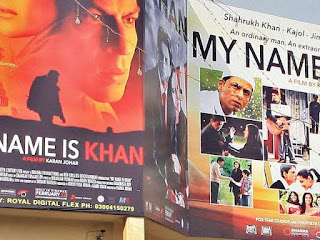 Now the situation is so deteriorated that even potato, tomato, onion and garlic are being imported from India because Pakistani farmers have neither fuel nor water plus the increased prices of fertilizer have further deteriorated their economic balance. Furthermore Indian water aggression has also played an important role in destruction of Pakistani agriculture, no matter Pakistani corrupt rulers term Indian water aggression as natural calamity in order to prove India as innocent so that their business and share is secured in India. Many people from India term destruction of floods as a weapon of India against Pakistan and they are proud of it. After exploiting trade against Pakistan, India has also exploited cultural exchange against Pakistan as well; Indira Gandhi had said that India will not need to use its military against Pakistan because Indian culture had taken Pakistan into its clutches. This is a bitter reality that from Pakistani movies to TV Dramas all are influenced by Indian culture. Under the cover of cultural exchange has been successful in targeting and cultivating traitors that are now seen over our TV channels as anchorpersons and analysts praising India all the time. India has got the capability to get all those lessons removed from our syllabus that told the younger generation about the events that led to division of sub-continent and how Muslims were murdered in the hands of terrorist Hindus at the time of partition. Because India is well aware that if Pakistani younger generation is told about the gang rape of Muslim girls by Hindus, their murder and suicides, Pakistani will never accept India as her friend and Indian nefarious plans will never be fulfilled. On the other hand India is fueling hatred against Pakistan in her subjects, whether it is Congress, BJO or RSS their political campaigns consist of hatred against Pakistan and only that party is selected that can present a better plan to defeat Pakistan. In contrast to all these conspiracies India wants that Pakistani consider her as friend.
In the way India is openly threatening to teach Pakistan a lesson, confessing terrorism in Pakistan, in such situation should we continue our policy of compromise? This is the need of the hour that we put ban over Indian products, Indian semi-porn movies and cultural exchange being exploited by Indian army and RAW to infiltrate terrorists in Pakistan. The joke in the garb of negotiations should be stopped until India does not stop calling Kashmir as her integral part and gets ready for fruitful dialogue over Kashmir dispute and does not free the Kashmiris hoisting the Pakistani flag and raising the slogan of LONG LIVE PAKISTAN. It is the time to stand by our Kashmiri brothers and help them to get their right to decide their own fate…

Impact of Indian Media
Indian Cultural and Media War - Indian Army Will not Need to go in formal war with Pakistan - Indira Gandhi
Posted by Truth By Khalid Baig on Tuesday, June 16, 2015