Propaganda! A Weapon Equally Effective in War and Peace… 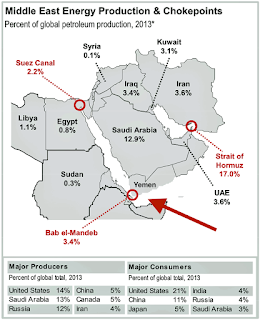 Bow & arrows and swords have been replaced by guns and tanks, catapults have been replaced by missiles and fighter jets. Not only the weapons of the war have been changed, strategies have been changed as well. But propaganda is such an effective weapon that despite of the developments it has become more lethal in modern era. The only difference is that in the past propaganda was done orally which bore its results in months or years, however, with the development of the communication system not only the communication has become faster the power of propaganda has been multiplied as well. Astonishingly, our efforts to counter Indian propaganda are negligible despite of being aware that our eternal enemy did not waste a single chance to utilize it against Pakistan. Pakistan has been target of Indian propaganda for last half century. Kalabagh dam which is a guarantee of Pakistan economic well being has become disputed due to the propaganda and presence of pro-Indian elements. The fall of Dhaka in 1971 was the result of Indian propaganda and conspiracy which is even accepted by Bangladeshis. Indian propaganda played a vital role in creating hatred and misunderstanding among Eastern Pakistanis. There are many areas of India where people long to get two pieces of cloth to cover their bodies. They have not heard the name of electricity or electric bulb while these areas have lions share in the Indian GDP or economy. Should Pakistan launch the propaganda campaign Hindu India is usurping their rights? Should Pakistan give them weapons to snatch their right from Hindu Brahmans and support them for separate state? Neither India nor so-called civilized world would accept it but India played this dirty game in Eastern Pakistan and now repeating the same in Balochistan.

The propaganda that was spread by Indians over military operation before fall of Dhaka is being negated by Indians themselves. It has been accepted by retired Indian army officers in their books that approximately 36000 Pakistani soldiers were taken as Prisoners of War but we still believe that these 90000 PoW were Pakistani soldiers. We forget that thousands of Pakistanis working in civil departments like Post, Communication, Railways and other were killed and taken into Indian camps as Prisoners of War. Sarmilla Bhosle from India had recently unveiled propaganda and fabricated stories over fall of Dhaka. L. Rushbrook Williams, a US writer had disclosed the whole conspiracy in his book, “The East Pakistan Tragedy” in 1972 few months after the fall of Dhaka. RAW and Bangladesh written by Bangladeshi writer Zain ul Abideen in 1995, negates many fabricated stories accepted true by Pakistani scholars. “The Blood Telegram: India’s Secret War in East Pakistan” published from US State Nevada in 2013 has enough material to unveil the conspiracies of India in 1971. But we are not ready to accept India as our enemy; our criminal negligence is encouraging India to continue armed interference in Pakistan via Afghanistan. The propaganda to defame Pakistan with regard to terrorism was started in 1984 by India by blaming Pakistan for manufacturing Islamic Nuclear Bomb. Pakistan did not take Indian Nuclear tests in 1974 as HINDU NUCLEAR BOMB despite of being aware of this bitter reality that only Pakistan will be the target of these Indian nukes as India had already attacked Pakistan thrice before this. Indian media and govt. always attempted to misguide international community that Pakistan’s nukes are threat to the world. In this propaganda Pakistan was falsely blamed for utilizing religious extremism as a war strategy (which India herself is committing) and campaigns were launched with the hired Western think tanks that Pakistani nukes may fall in the hands of the extremists (while Indian nuclear diagrams have been available on the internet). Many Western think tanks prepared plans to take over the control of Pakistani nuclear sites. Even US Congress discussed that how US commandoes may take control of Pakistani nuclear sites and how to tackle expected Pakistani reaction. Although no one dared to take control of Pakistani atom bombs as Americans were well aware that reaction would be much more lethal and destructive. 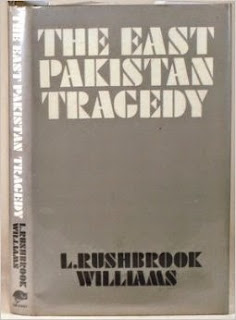 However, the propaganda to defame Pakistan continued. Wherever, terrorist activity happened they tried to link it with Pakistan in order to misguide international community. Now when the hideouts of the terrorists in North Waziristan and other tribal areas have been destroyed in the military operation and evidence have been collected that Indians were supporting and launching these terrorists since 2002 from Afghanistan; an attempt to fuel sectarian dispute has been made by linking extremists active in Syria or Iraq. Now the propaganda has been started that Hauthi rebels have links in North Waziristan, Pakistan. This propaganda has been launched after the passing of resolution by Parliament regarding sending Pakistan army to Saudi Arabia and the misunderstandings created between two brother countries due to this resolution that has badly affected Pak-Saudia relations. Prime Minister and Chief or Army Staff had to visit Saudi Arabia in order to resolve these misunderstandings. In such situation the propaganda of Hauthi rebels would start a new discussion regarding Pakistan which is suitable for Pakistan’s internal scenario. Pakistan cannot become target of proxy war between two Islamic states for which we had already paid a big price. The analyses that are being posted over social media represent a specific thinking, not happy over friendly relations between Pakistan and Saudia. 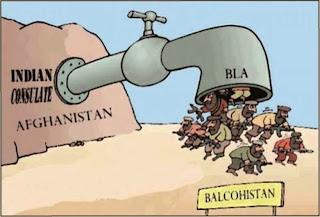 In the Indian city, Chennai a special of wing consisting of IT experts have been established by Indian RAW for the sole purpose of spreading chaos and propaganda against Pakistan through fake email IDs and social media accounts. Under the umbrella of this wing, many notable Indian analysts write special columns in order to portray Pakistan as an extremist state, which are published in Western Print media with fake names. After publication of these columns or articles, like minded Pakistani writers also write analyses over these propaganda posts which are not published in Pakisgtan but over the news websites of West. In the light of such propaganda conspiracies we need to be careful over the Hauthi propaganda as well…