Do Not Make Pakistan Disputed in the Civil War / Internal Chaos of Yemen!

Four year long civil war in Syria left millions homeless being forced to take refuge in Migrant camps at Turkey. Now suddenly civil war in Yemen has erupted which has not only worried Arab world but Muslims of the entire world as well. One claims it result of disputes between Saudi Arabia and Iran while other takes it as a conspiracy if West especially USA. Painful aspect is that propaganda is being done to make role of Pakistan disputed as Pakistan is going take part in cold war between two Muslim countries and going to attack the other Muslim Country. It is crystal clear that whether it is Saudi Arabia or any other Muslim country, Pakistan has friendly relations with all; on exception is that presence of Holy Cities increases the importance of Saudi Arabia manifolds. This is also a ground reality that not a single Muslim will tolerate the threat to the integrity of Saudi Arabia but are there real threats to the integrity of the Saudi Arabia? Yes if the effects of internal instability in Yemen shift towards Saudi Arabia for which yet there are no apparent possibilities then not only Pakistan but government of every Islamic country will have to support Saudi Arabia in order to avoid public reaction. The initial statement of the Pakistan was that Pakistan would support Saudi Arabia for her safety and integrity. Keeping in view the ongoing discussions in the Pakistani Media a foreign media channel aired the false report regarding presence of Pakistani Army in KSA, which was rapidly taken up by Pakistani media in their talk-shows fueling misunderstandings. On this propaganda not only KSA but ISPR had to give the clarifications that Pakistan army is present in KSA to participate in Al-Samam war games which has nothing to do with Hauthi Rebels in Yemen. The goal of these war games is to adopt and learn the war tactics in narrow mountain passes; Saudi Royal Land Forces, Army Aviation, Royal Saudi Air Force and 292 officers and soldiers Pakistan army are participating in these war games. These war games are going on since 19 March 2015. 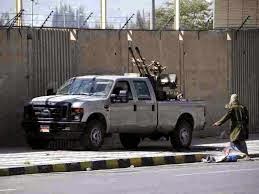 After one day of the above mentioned clarification, CNN in spite of airing the news, published a  news report on its website claiming that 15 Pakistani fighters are involved in the air strikes by Saudi Air Force in Yemen. These are the reasons due to which analysts are taking the civil war in Yemen part of some big conspiracy or game being played by world powers. Otherwise there is no reason to blame Pakistan in the Yemen-KSA dispute by Western Media. This point also needs attention that from where and how Hauthi Rebels procured such modern weapons which not only paralysed govt. Machinery but forced rulers to flee abroad? Of course they have support from some third country. If we look at the history of internal instability in Yemen like disputes in Yemen since 1925, agreement between Yemen’s King after war in 1932, war after two years of the deal and tension of border etc. it is predictable that soon Hauthi Rebels and KSA would chalk out a deal but before this KSA wants to be assured that rebels would use dialogue to get their legitimate demands accepted from govt. of Yemen in spite of using armed conflict. Secondly, Hauthi rebels would not cross the border and spread unrest in the territory of KSA, Because in March 2012, New York Times has published a news report linked to some official of US Intelligence agency that a big cache of AK-47 Kalashnikovs are being smuggled in KSA from Gulf via Yemen. Moreover, the report about intercepting a big consignment of weapons for Hauthi rebels by Saudi Navy through sea routes is still on the CNN’s website. KSA also realizes that it is not possible for her army to guard 1700 km long border with Yemen from which trained militants might be infiltrated into KSA. That is why KSA has given a stern reaction through Allied Arab Air Force in order to restore Yemen govt. against Hauthi rebels. 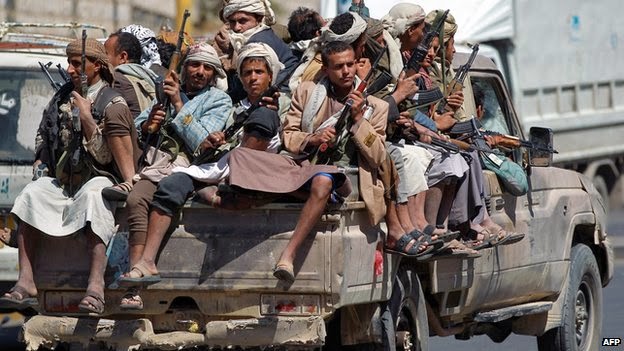 This is a good news that Iran has signaled to negotiate with KSA in order to resolve Yemen dispute; Pakistan should take benefit from this and send an envoy to Iran as well in order to facilitator KSA-Iran dialogue so that civil war spreading in Yemen could be controlled. On the other hand Pakistan cannot remain indifferent to KSA’s appeal for support over Yemen dispute. If few opposition parties like, a discussion in Parliament should be held so that govt. takes all parties on board in spite of deciding unilaterally. This demand by political parties is legitimate and should be considered. If govt. considers that this is in favor of Pakistan to send army on the request of KSA then govt. may do so…