“Indian Defense Budget” for Defense of India or Imperialist Designs??? 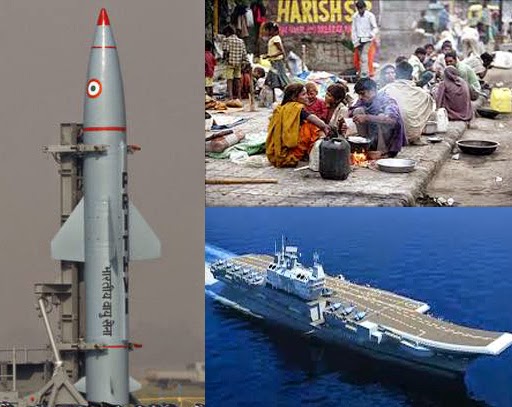 On 1st March 2015, while presenting India’s increased defense budget for 2015-16, Indian Defense Minister said in a very emotional tone that defending every inch of India is the first priority. If one asks Defense Minister from poor Africa or Latin American countries, the answer would not be different. Indian Defense Minister while supporting the increase in defense budget did not disclose that whether every inch of India has threat from 23 separation movements, from her neighbors or international powers? India does not need nuclear submarines, aircraft carriers or latest war planes but India should give the basic rights out of their own resources to lower caste Hindus and minorities who are living in the Stone Age in today’s modern era. In these under developed areas of India men and women both have to cover their bodies with single piece of cloth. Not only this; the separatists who have made certain areas “No Go Area” for Indian forces; majority of them use bows, spears and swords. Their most important weapon against Indian forces is the hatred in the hearts of the locals against Indian forces and narrow geography of the area. India does not need to convert the country into a heap of explosives to tackle these separation movements but win the hearts of poor subjects of the state.
As long as neighbors no one out of Myanmar, Bangladesh, Bhuttan, Nepal, China, Pakistan, Sri Lanka or Maldives has any plans to conquer India. However, all the neighbors had to bear Indian aggression and imperialist plans in one or more forms. As long as the Chinese claims over Arunachal Pradesh are concerned, China would never jump in a war with India but resolve the issue through dialogue. This is India, who attacked China in 1962, India has established a Gorilla force of separatists to fuel militancy in Tibet. The independence of small states like Bhutan or Nepal is just apparent otherwise, practically there is Indian influence. Sri Lank, a small neighbor of India faced the Indian sponsored militancy in the form of RAW launched LTTE in the name of separation movements of Tamils of Eastern Costal strip under the leadership of Prabha Karan from 1976 to 2009. In 1987, India sent 100000 soldiers by taking UNO in confidence; Indians had to face stern reaction, hatred and protest form the Sri Lankan public because Sri Lankans were aware that 30000 Tamil terrorists were being trained in India and provided with weapons and financial support. The hatred amongst Sri Lankans  against India can be imagined from the incident in which a Sri Lankan Naval sailor  attempted to hit Indian Prime Minister Rajiv Gandhi with the rifle butt (due to absence of bullets) during Guard of Owner that hit Rajiv on the shoulder. During investigations; Sri Lankan soldier confessed that he wanted to murder the murderer of thousands of Sri Lankans but alas due to the absence of bullets Rajiv was spared. At least in 1990, Indian soldiers were withdrawn from Sri Lanka over the international pressure and increasing attacks of Sri Lankans on Indian soldiers, according to Indian army 1200 soldiers were killed while sources report number of deaths more then 4000.


Post by Truth By Khalid Baig.
In November 1988, India attempted to repeat the Sri Lankan story in Maldives consisting of dozens of islands in the form of thousands of pirates Tamils started looting the public. In order to protect Maldives from pirates Indian army instantly entered into Maldives. During the whole episode Maldives govt. and public got aware of the reality of pirates, when international community got aware of the reality, India termed pirates as LTTE Tamil tigers. In this way the plan of Rajiv Gandhi to deploy Indian army in Maldives permanently in the name of protection from pirates failed. Pakistan was the only country which is considered as a hurdle in the way of imperialist plans of Indians in the region and India is working on plans to weaken Pakistan since the independence. In 1971, Pakistan fell prey to the Indian conspiracy in which Eastern Pakistan was cut off from Pakistan and emerged as Bangladesh. Even now the main target of Indian Defense Budget and war mania is only and only Pakistan.
Not only international defense analysts but US Congress also agrees that Indian forces cannot defeat Pakistan in the traditional war. In case if India attacks Pakistan, Pakistan will have to use nuclear weapons in order to defend itself from Indian aggression. Although such like Indian attack has been conditioned to some big fabricated terrorist activity. Moreover, the war paper issued by defense circles of India show the Indian plans against Pakistan and war mania. This war paper, “The India Pakistan War of 2018” has become much famous in which the war policy of Indian Generals has been presented like fairy tale and Indian forces has been projected as victorious. 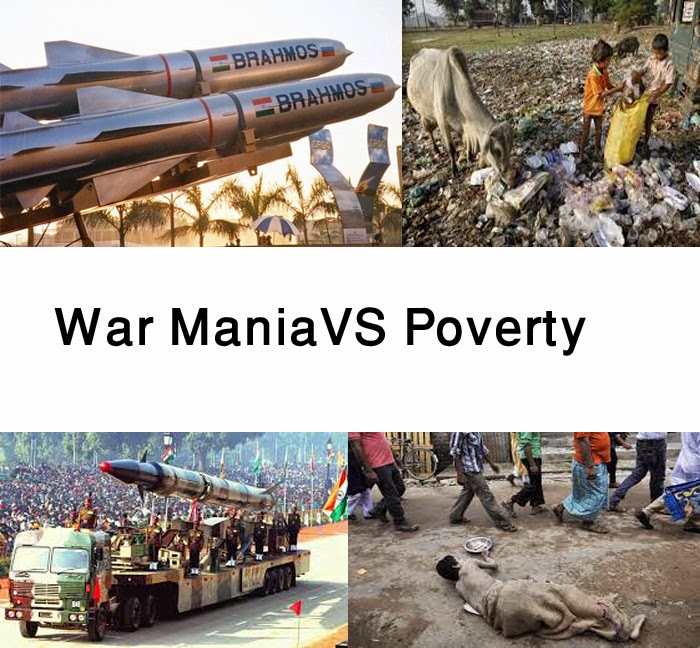 Some defense analysts of West are taking increase in the Indian Defense Budget to 40 billion US Dollars despite of the fact that half of Indian population is living below the poverty line as a trap against Pakistan. According to them, India is forcing Pakistan to indulge in the race of weapons with India which would have negative impact upon the economy of Pakistan already facing various problems. If this is reality then India should be aware that Pakistan has the ability to defend itself from Indian aggression and give a befitting reaction without indulging into the race of weapons; Pak army has developed its professional capability  during the Azm-e-Nau war games in last  few years testing all the weapons. Moreover, Pakistani public would be side by side to the Pak army against India which has been practically observed in the war against terrorism. However, this is the duty of international community to keep an eye over the Indian war mania and imperialist plans which may push the mother earth towards devastation caused by nuclear weapons…