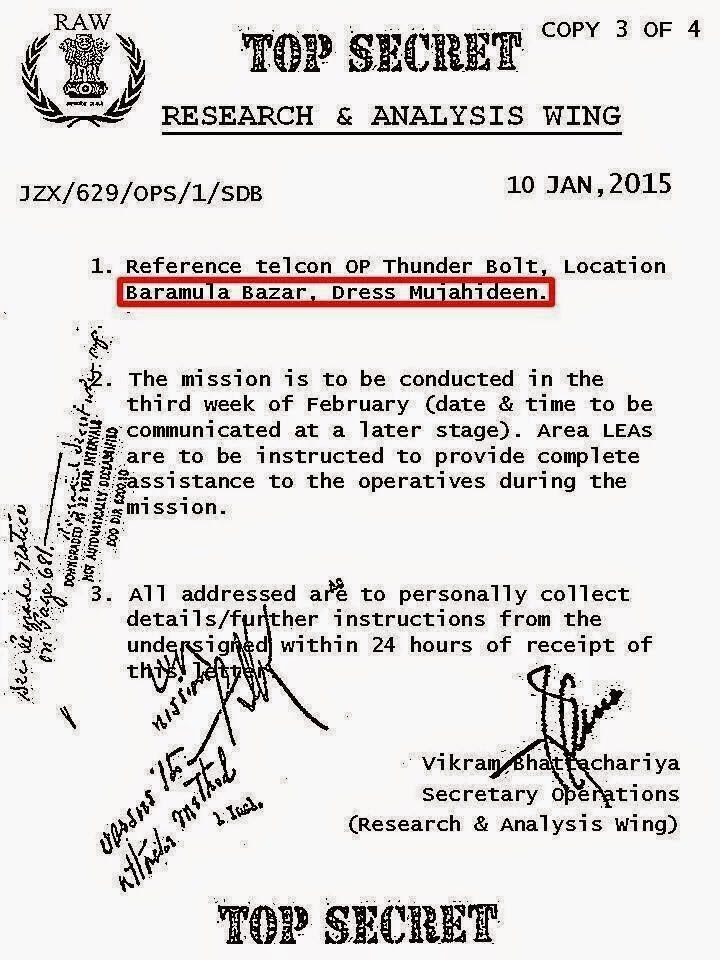 India is acting upon the teachings of Kotalaya Chanakya i.e. murder own people and allege the enemy in such a way with effective propaganda that world is forced to believe it.  The nexus of Indian secret agencies for terrorist attacks within India was revealed in 2008 by the Hemant Karkare when he not only succeeded in arresting the main culprit Colonel Purohit along with three others but also got confession as well. It was revealed that bomb blasts at Makkah Masjid, Malegaon, Dargah Ajmer Sharif, Diwali at Goa and Samjhota Express were all the achievements of on duty Indian Colonel Purohit with the support of Indian RAW and armed forces in order to allege Pakistan. In order to save the face of Indian Intelligence agencies and armed forces; Mumbai attacks were staged with the main character of Ajmal Qasab; the drop scene of this drama was according to the planning of Indian Military Intelligence and RAW i.e. not only the entire team of Hemant Karkare of Anti-Terrorist Squad was removed but blame was placed on Pakistan as well. Consequently, the culprits of terrorism within India were acquitted in such a way that not raised suspicions on Indian Judicial System but unveiled the enmity towards Pakistan as well. Indian intelligence agencies along with the support of govt. and Indian judicial system staged terrorist attacks within India and alleged ISI, Pak army and Lashkar-e-Taiba in such a way that world not only believed it but wherever any terrorist activity happened world started looking towards Pakistan with suspicion. Even few Pakistani journalists also played in the hands of enemy in order to vent out their enmity against Pakistani armed forces.
According to wikileaks, in  a meeting with US Ambassador, Rahul Gandhi of Indian Congress revealed that Indian integrity is not threatened by Pakistan or external powers but by the increasing influence of Hindu extremism that is ready to wipe out anyone who dares to raise voice against it. This was the time when few Hindu extremists were arrested for terrorist attacks which were confessed by Colonel Purohit and his terrorist team but India govt. put the whole blame on these Hindu extremists. At that time leaders of Hindu Extremist organizations like Bajrang Dal, RSS etc. were protesting against such arrests. Despite of the disclosure of facts that nexus of extremist Hindus and Intelligence agencies is involved in target killing and terrorist activities in India in order to blame Pakistan and provide basis for propaganda against Pakistan; India did not change her policy. The basic reason for stubbornness of India was the criminal silence of Pakistani political leadership and media over the confessions of on duty Indian army officers that they themselves planned and carried out terrorist attacks in India. In a similar terrorist activity of Indian secret agencies 19 year old Ishrat Jehan of India was murdered by Indian security forces at Gujarat on 04 June 2004 who was alleged as first female suicide bomber of India working as agent of Pakistan. During the trial of this case Satesh Verma of Central Bureau of Investigation revealed in the court during cross examination that not only officers of Indian Law Enforcement Agencies murder innocents alleging to be terrorists in order to secure awards but Indian govt. is also supporting such extra-judicial killings to allege Pakistan. Satesh Verma also revealed that 2001 Parliament attack was also an act by the Indian agency. On such disclosures Pakistan should have raised the issue in the UNO, as India herself staged such attack and besieged Pakistani borders for 11 months creating a grave situation for the whole world as world was standing at the verge of a nuclear war. 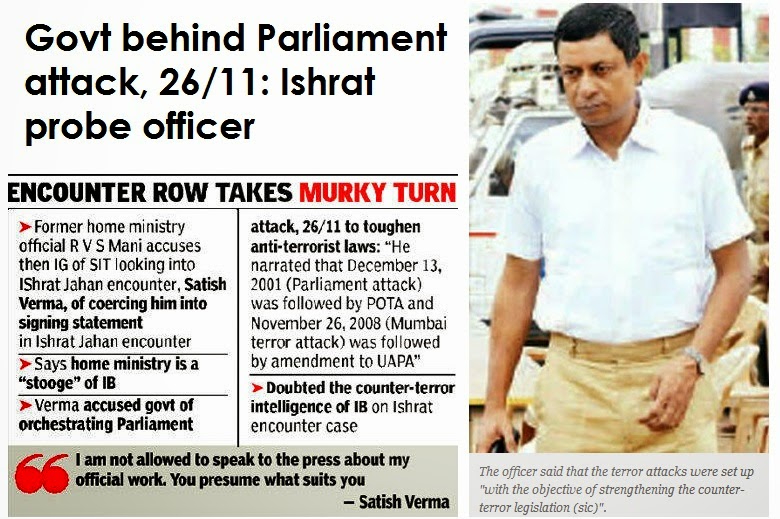 A similar leak of TOP SECRET Indian document issued by Vikram Bhattachariya, Secretary Operations of Indian RAW reveals some upcoming staged drama. The subject of the document is
“OP Thunder Bolt, Location Barmula Bazar, Dress Mujahideen”
The letter reveals that an operation has been planned to be done in Baramula Bazar, Sri Nagar in the third week of February and all law enforcement agencies have been ordered to fully cooperate with the operatives of the operation. Document advises all concerned to wait for the exact location and date of operation.
If we look this leaked document in the light of the news reports of the Indian media that few Pakistani terrorists have entered into India; it becomes evident that India secret agencies are planning to stage some big terrorist attack in Indian Held Kashmir in order to blame Pakistan. Although, Pakistan has not commented on such news reports by Indian Media but after disclosure of such a classified document by Kashmir Media Service it is the duty of Pakistani govt. and media to ask India about the veracity of the reports and their links with this leaked document. Although, India will prefer to remain silent on the veracity of the document but it will have the effect that Indian agencies will be forced to postpone or cancel their terrorist plans…