Indian Secret Agencies Preparing for Another Wave of Terrorism in Sub-Continent!!! Part-II 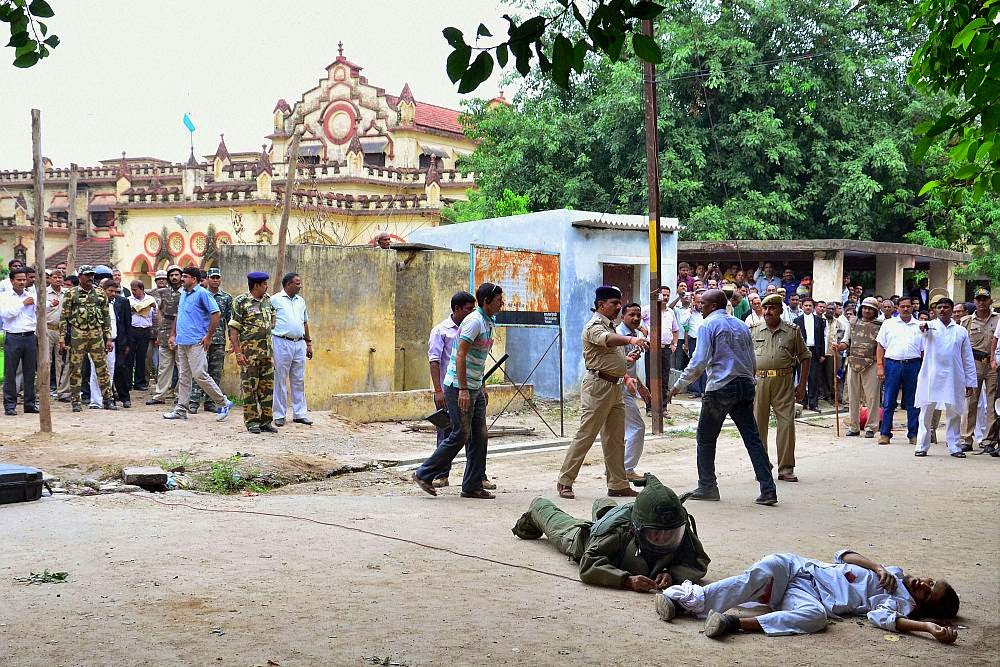 If we look at the role of the Indian govt. after coming into power through cooperation of BJP and RSS Modi appointed Ajeet Kumar Dodal as his National Security Advisor which was astonishing step for political elements in India because service history of Ajeet Kumar as ex-Chief of Indian IB is filled with the genocide of Muslims and conspiracies against Pakistan. AJeet Kumar got the attention of influential Hindu extremists in Indian govt. and army when he planned the attack over the Shrine of Hazrat Ball in 1993 in Indian Held Kashmir in which more than 51 innocent Kashmiris lost their lives while Kashmiri Mujahideen were blamed for this attack in order to defame and weaken the Kashmir Freedom Movement. Second major achievement of Ajeet Kumar was the kidnapping of the foreign tourists in Indian Held Kashmir, blaming Kashmiri Mujahideen for the act of kidnapping for demanding freedom of an arrested Freedom Leader. This plan had double edged benefits for India; on the one hand in the name of investigations hundreds of Kashmiris were arrested and killed while Pakistan was defamed for supporting the kidnappers as well.

In the start of 1999, AJeet Kumar alongwith B. Raman (late) made the plan of hijacking of Indian flight 814-IC and landing it into Pakistan, however, on the closing of all the airports in Pakistan the flight was diverted and landed at Afghanistan. Ajeet Kumar was the writer of the script of genocide of Muslims of Gujarat India in 2002. In this mission Ajeet Kumar was accompanied by Sanio Tripathi, ex-Chief of RAW so that Modi can be made acceptable for the Hindus all over the India and prepared to take over India coming out of the local politics of Gujarat. The plan of hiring traitors within Pakistani media was of Ajeet Kumar for which Indian govt. gave him full financial resources in 2004; as a result of this operation AMAN KI ASHA was launched by the cooperation of a media group within Pakistan and foundation of SAARC journalists was laid down as well. Majority of popular Indian journalists, columnists, intellectuals work for the propagation Hindu extremism and Hindu India hired by Indian Military Intelligence, IB and RAW. In the past some of the secular minded journalists played into the hands of the Indian embassy intentionally or intentionally but this is the achievement of the Ajeet Kumar that he succeeded in hiring a media group within Pakistan. The only aim is to weaken Pakistan and fulfill the dream of greater India through all means of terrorism in Pakistan, launching of Baloch insurgents via Afghanistan and using water as a weapon against Pakistan but India had to face the failure until now.
The aim of Hindu extremists to bring Modi into power was to empower him to take straight action against Kashmiris and take bold steps against Pakistan. Before oath taking of Modi in May 2014, Indian Secret Agencies have completed their paper work against Pakistan in which keeping in view the weakening position of Tehreek Taliban Pakistan (TTP) plan of introducing new terrorist groups is on the top of the list. Ajeet Kumar forwarded the plan to launch ISIS in Pakistan through the cooperation of TTP which was readily accepted by Indian govt. the ex and on duty Chiefs of Indian secret agencies including Ajeet Kumar, Sanjio Taripathi, Alok Joshi and Amitabh Mathar have been given the task to work as a team to establish a network of terrorists. Ajeet Kumar visited Iraq along with his team where they met leadership of ISIS; few sources are of the view that these meetings were organized by CIA, however, according to ex Ambassador of UK for Syria, Ajeet Kumar and his team had all the details about the leadership of ISIS which were probably given to them by Syrian Intelligence agency. After completing the meetings with ISIS, they were invited to visit Afghanistan. On their visit to Afghanistan ISIS envoy of 4 members met with TTP leadership in Indian Consulate at Qandhar and negotiations were finalized between ISIS and TTP. After this meeting ISIS announced to get activated in Pakistan, Bangladesh and India and few TTP leaders announced to join ISIS. Although after successful military operation in North Waziristan, terrorists have no proper base camp to launch their terrorists into Pakistan but India is still active against Pakistan from Afghanistan and providing support to terrorists. In this regard the statement of ex-US Defense Minister is on the record that
“India for sometime has always used Afghanistan as a second front and India over the years financed problems for Pakistan on that side of the border and you can carry that into many dimensions”
On the one hand India is continuing unprovoked firing over LoC and Working Boundary and providing support to the terrorists in the name of friendship on the other hand. This warrants that Indian terrorism and plans should be unveiled on the international level and show the real face of Hindu India…