Our Irresponsible Attitude and Conspiracies of International Powers Against Pakistan!!!

The propaganda against Pakistan for supporting terrorists and extremists started with the Soviet invasion in Afghanistan and the resistance Soviet had to face in Afghanistan. Statements of Indian rulers at that time and propaganda of Indian Electronic Media against Pakistan Army and ISI was started. At that time even USA had never imagined that undeveloped and powerless Afghan Nation would stand in front of world’s 2nd Super Power. Although USA had established training camps near Peshawar to start resistance against communism that had already penetrated in the educated part of the society limited to the urban area only, in these camps hatred against communism was injected in young Afghans having inclination towards Islam. All these preparations were against Communist Afghan govt. Neither USA had imagined that Soviet Union will infiltrate her forces into Afghanistan nor she had any idea that her trained Afghan students would stand in front of Red Army as Mujahideen. When Soviet Union was challenged by these Afghan Mujahideen, she thought that her heavily mechanized army and aerial power would crush the resistance within few weeks. But Red Army was shocked when within few weeks more than 20 soldiers were killed by the Afghan resistors. Afghan Jihadis appeared just like as a ghost, killed Soviet soldiers and disappeared in the dark of night. Now the problem was not continue or reinforce the capture of Afghanistan but the capability of the Red Army that was in question on the international level. In the initial six months Afghan Mujahideen kept their activities limited to the dark of night but afterwards they started attacking Russian army and its convoys in the broad day light as well. As a reaction KGB and RAW started remote control bomb blasts in Pakistan, neither Markets, Railway Stations, Bus Stands nor public places were spared in these terrorist attacks. Moreover, enemy propaganda machines started blaming Pakistan for terrorism. In order to hide their terrorist activities in Pakistan, few Indian analysts even said that Pakistan army has crossed the border to attack Soviet Army.

Till that time USA had not directly involved in war against Soviet, however, Afghan resistance termed as terrorists in Eastern Europe and India were termed as Mujahideen by USA, Europe and Pakistan. World was divided in t two parts;  in addition to Afghanistan and India, Arab states especially Libya and Iraq influenced by Soviet Union started opposing Afghan Mujahideen. Before invasion in Afghanistan, Soviet Union had captured Eastern European and Middle Eastern States but she had not faced any resistance. Europe and USA also had no courage to challenge imperialist designs of Soviet Union. When USA got dead sure that Red Army had been trapped by Afghan Mujahideen, she offered support to Pakistan despite opposing the Martial Law of General Zia-ul-Haq; this offer was turned down by General Zia ul Haq.

Defeating Soviet Union was a nightmare for Europe and USA but Afghan Mujahideen realized the world that passion to defend freedom at the cost of lives makes one strong enough to clash with the bigger enemy equipped with lethal weapons. Favors of USA and Europe for Afghan Mujahideen were not without any reason; they had realized that if Mujahideen are supported have the capability to crush Red Army.
After defeat of Red Army in Afghanistan and dismemberment of Soviet Union; US policy against Pakistan was changed; she started believing Indian propaganda against Pakistan’s nuclear weapons. Why did Afghanistan suffering with Civil War got the attention of CIA and USA in the reign of Benazir Bhutto? Why did America feel the need to establish Taliban? What was the dispute of oil and gas pipelines to the warm waters? When and why CIA started taking ISI as a competitor and hurdle in US plans for South Asia? Before 9/11 tragedy why CIA officials made countless secret visits to Kabul? Why George W. Bush was declared as winner through Court’s interference while he has lost the elections before 9/11? Why India had to lick the dust for attack over Pakistan despite of all of her efforts before attack on Afghanistan? Why Pakistan and China were in a hurry to complete Kashgar to Gwadar trade route? Why propaganda against Pakistan Army and ISI is not coming to end? Internally and externally many books containing propaganda against Pakistan army and ISI were being written; why did a specific Pakistani Media group attacked Pak Army and ISI openly? Many such like questions are raised  by younger generation of Pakistan. Youth asks that why did the Balochistan died internally as well as internationally with the exposure of reality of a single media group? 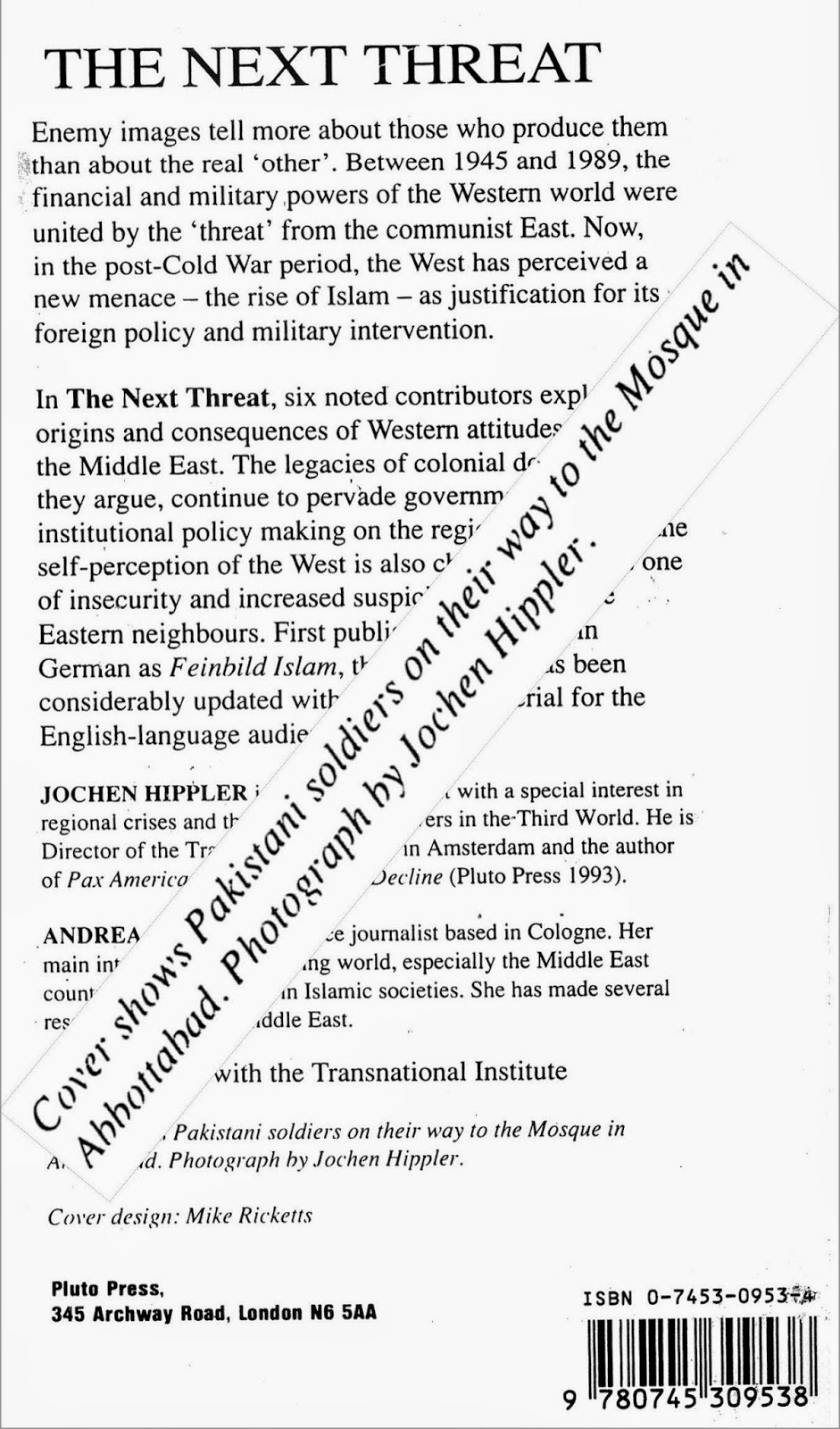 There are many books that may be quoted but “Crossing the Rubicon” written by “Michael C. Rupper” has the answers to the most of these questions especially on page number 103-122, Chapter No. 8. Astonishingly after Hussain Haqqani’s book “Pakistan Between Mosque and Military” published in 2005 in which he challenged the “Objectives Resolution” why was he chosen as Pakistan’s Ambassador to USA, because during his appointment he issued bulk visas to US assassins or terrorists of Black Water, country faced target killing, bomb blasts and his appointment proved  devastating to the nation. Is this a coincidence that a book written in 1995 in German Language titled “FEINBILD ISLAM” which was translated as “The Next Threat” into English; was mutilated against Pakistan in its translation for increasing extremism, Pakistan army was targeted in this book as well, moreover, it has title cover similar to the Hussain Haqqani’s above mentioned book. In both books in Pakistan army has been shown as doing Parade under the shadow of Mosque while in the other picture soldiers have been shown going to offer prayers in uniform. American Think Tank, Smith Richardson has claimed that it paid $100000 for writing the above mentioned book. Moreover, on the back cover of the book a special note had been written regarding picture of Pakistani soldiers,
“Cover shows Pakistani soldiers on their way to the mosque in Abbotabad”

Now question arises, why only ABBOTTABAD? Had CIA planned in 1995 to stage the drama of recovery of Osama Bin Laden from Abbotabad on 02 May 2011? Why all these coincidences are happening regarding Pakistan and Pakistan army? Just because the real target of enemies is to weaken and break up Pakistan Army? Now traitors within Pakistan had also joined enemies, just because with the procurement of Nuclear Power, Pak Army had made defense of Pakistan undefeatable by developing the latest Missile System? Now enemy had invented this solution to weaken Pakistan by spreading internal chaos, sectarian clashes, weakening economy and weakening Pakistan internally to such an extent that Pak army gets entrapped into it?