Country is glowing with blood of martyrs!!! 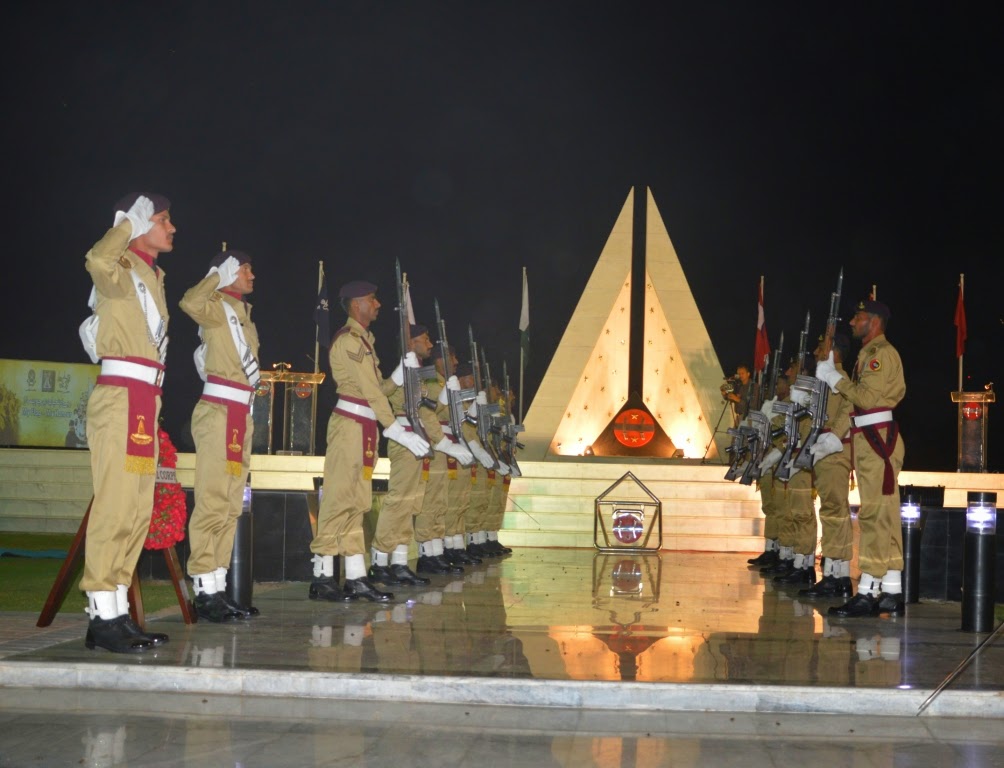 Why there is mother tongue? Despite having numerous local languages and dialects, why countries are distinguished by their mother tongues? Same way why lands are known as motherland? Does motherland has something to do with mother. The personality that gives a sense of security to its children is stronger than concrete buildings. It becomes an honour for her children to fight and die for their mothers and motherland.
Motherland is also same as mother. Mother goes through unknown troubles and trials to give birth to their children and bring them up with no expectations in return.  She only hopes that one day her children will shelter her from enemies. Same way, motherland not only offers protection but also gives recognition to sons of the soil. The youth that remains ready for its defence are pride of the nation. They are the source of strength of the nation. The glitters of ruling elites are based on their existence. We are only familiar with our martyrs of wars of 1965 and 1971. But wars are not fought only on borders against declared enemies. Our media has moral responsibility to create awareness among the people that wars are fought within and without, and the sons of the soil that lay down their lives in all kinds of war are equally admirable and are martyrs. When a poet writes, “جب تک نہ جلیں دیپ شہیدوں کے ل” he writes it for all. In the wars of 1965 and 1971, there was only one TV Channel and Radio that united whole nation to back up their armed forces. At that time no body questioned dictatorship of President Ayub. If some people has their difference, they buried these for defence of motherland. At the time, it was not question of who was governing the country and how, it was question of survival of the nation.

After 1971 war, enemy could not dare repeat same mistake. But that does not mean that wars have ended and existence of safety /security of Pakistan has been accepted. India massed their armies opposite Pakistani borders in 1986 and 2001. The military maneuvers were defeated by better preparation and strategy of Pakistan army. This is also called defeat in annals of military books. Nation is required to be informed that how Pakistan won the war without fighting it out. Some soldiers died in accidents. They are also martyrs. Nation should be told of their ultimate sacrifice as well.
Now India has forced another kind of war on Pakistan. The war is being fought within borders of Pakistan. India must have made heavy investments in supporting the terrorists. It is not possible for insurgents to wage war for ten long years within a country. Availability of latest weapons and munitions of war, and safe houses throughout the country point to the fact. India must have support of other anti-Pakistan agencies and elements. Pakistan army has fought this war against all odds. Pakistan army has suffered ten times more casualties than total fatalities of 1965 and 1971 wars. The ratio of offrs to men killed is higher than any recognized war in the world. Our officers pride in leading their men from the front.

Our media has failed to garner same support as generated in 1965 and 1971 wars. In so called talk shows, Pakistan army was presented as losing side in these conflicts. Our intelligentsia and elites particularly politicians who claim to represent will of the people also tried to distance themselves from Pakistan army. However, the common man of Pakistan revere his armed forces. The same zeal earlier wars was displayed by youth of Pakistan when a media group tried to malign Pakistan armed forces and intelligence agencies. The people with fair idea of defence needs and warfare know that morale and motivation is as important as munitions of war. It fuels courage of armed forces.
In last ten years, young officers and soldiers if Pakistan army embraced martyrdom. How their kith and kin are bearing it out? Nobody asked that question. Nation forgot that important fact. Pakistan army felt that 30 April should be celebrated as ‘Martyrs Day’. Monuments have been built in all cantonments and garrison throughout Pakistan. Relatives of fallen soldiers are invited in these ceremonies to convey them they are not forgotten. The relatives are proud that their sons sacrificed their lives for defence of motherland.
The question is that why only army is celebrating martyrs day? Is it only the job of army to look after these relatives? If it is so, than army does it through regimentation, strongest bond among enlisted men. Where is the government that is supposedly representative of the nation? Why is it only responsibility of Pakistan army? Is defence of Pakistan is only responsibility of Pakistan army. If so, than 6 September should also be celebrated by Pakistan army only.
During a ceremony in general headquarters, relatives of police and civilians who their lives in terrorist incidents, were also invited.  Relatives of Faiqa Malik, a young lawyer and Aetezaz, a student were also present. No government representative turned up in the ceremony. If president and prime minister of Pakistan were not available, their representative should have laid wreath on Martyrs monument. A ceremony was also arranged in Multan Cantonment. Relatives of police and civilian martyrs were also invited. They were requested to grace the stage and invited to express their feelings and thoughts on the podium. The relatives feel themselves honoured.

It would have been better if government also celebrates 30 April as Martyrs Day. Government may celebrate it at district level as seminars. After all, 45000 civilians have lost their lives in terrorist incidents. Enemies of Pakistan should be given a strong message nation of Pakistan is strong with sacrifices and unfailing courage of Pakistan. Morale of Pakistan army is high. The motto of Martyrs Day is that we will not flinch in sacrificing everything in defence of Pakistan.