Will the fate of common man ever change, will they ever enjoy prosperity, will their children get chance to be educated and will they get treatment if they get ill? Or this has been written in the constitution of Pakistan that law for common man and rich will be separate?  Why curriculum, school, environment at educational institutions, education, protection given by state, status, standard of living and other facilities given to rich and common man are different? Why child of poor is destined to be poor, when Constitution of Pakistan guarantees equal rights for everyone than why life, property and honor of poor is not extended protection by state? Why every day and every night is celebration for rich and elite while only patience for poor? Why their fate does not change? Dozens of such questions arise in the minds of poor class but vanish just like as a bubble on the surface of the water as they fail to get any response or answer.

If we look at the collective situation of the country we see Pakistan is facing three types of attack internally and externally. Externally many forces are against Pakistan, although everyone is working on their own agenda and for their own interests but target is only Pakistan. Sindh is in the clutches of linguistic, sectarian clashes and criminal gangs while Baluchistan has been converted into epicenter of terrorism in the name of separatists. Punjab is apparently peaceful but abduction for ransom has become a profession while Khyber Pakhtoon Khwa (KPK) is in the clutches of terrorists playing with the cut heads and showcasing dead bodies over roads in the name of imposition of Islamic Sharia. Internally on the one hand there are terrorists who don’t care about the problems faced by the common man in their routine life but they just imposition of their version of Sharia neither they respect Constitution of Pakistan nor the principles of state that were specified by Holy Prophet Muhammad (صل اللہ علیہ وآلہ وسلم) at the time of Victory over Makkah in his historic Sermon. They consider those who differ with their ideology have no right to live while on the other hand they term all their extremism as a struggle for imposition of Islam.
Third force working against Pakistan is LIBERAL faction of our society; they are not only against Islam, Islamic values and culture but ideological base of Pakistan i.e. Two Nations Theory as well. In the name of liberalism and modernization they want Pakistan to be converted into a hell of adultery and immorality. According to them nudity is close to nature while profanity only way towards modernization and development. In such a situation where should common man go whose only goal is to make both ends meet. If they pay utility bills nothing remains for medical treatment; if they make it to buy treatment they get short of money to pay fee for education of children, neither those who are cutting throats in the name of imposition of Sharia nor the liberalists struggling to spread vulgarity in the society are concerned with these problems of general public, as long as elite class is concerned they damn care about the critical situation of common Pakistani. Only public has been crushed in the claws of increasing inflation, how a common man makes both ends to meet, what are impacts of increasing prices and unemployment over middle class and poor neither govt. nor opposition is concerned. They do not realize every sun brings war for survival for common man and sets by giving few hopes of a new day. Sun rises, sun sets but fate of Pakistani public is never changed; every day the struggle for survival is getting harder and harder for them.

In such a situation this is the moral duty of our free electronic media to highlight the problems being faced by public and present solutions to resolve these problems as well but irony of fate is that majority of these channels is trying to impose Indian culture over Pakistan; they have nothing to show except Indian dances, songs and programs that are not against Islamic but Eastern values as well. Scripts of dramas are such that target family taboos and relations; although these incest stories are present in every society but they are never allowed to be advertised openly in any society. 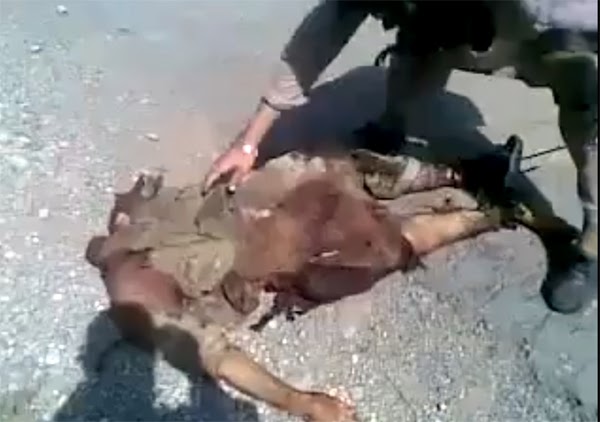 If prime time of TV channels has been fixed for talk-shows over terrorism in the country than we are missing something that this was the time when indifferent of being poor or rich everyone enjoyed TV dramas with whole family. Whether these dramas were of longer period or short one, they carried some positive message for the improvement of society. Have we forgotten bomb blasts from Bori Bazar Karachi to Peshawar, from Hyderabad, Multan, Faisalabad, Lahore etc. which city was safe from remote control bomb blasts? Media of that time kept people abreast of these events of terrorism but terrorists were not presented as a party to govt. Perhaps few readers may contradict with my opinion but I am of the view that today’s free electronic media is playing filthy role in spreading the extremism in country by struggling to prove Two Nations Theory wrong, attempting to pressurize Pakistanis to accept India as a ‘Giant’ and policy of spreading vulgarity. That is why our today’s generation is ignorant of Ashfaq Ahmed, Faiz Ahmed Faiz, Ahmed Faraz and Fatima Suraya Bajiya and well accomplished with Indian actors, singers and movies.
Take problem of terrorism as an example nation is unable to understand that what should they do? Should they trust those who play football with human heads that they do not have any link with the bomb blast on 3rd March 2014 at Rawalpindi courts (astonishingly those who have always accepted the responsibility for different terrorist attacks claiming lives of at least 50 thousand innocents have condemned attack over Rawalpindi courts) or trust non-stop terrorism? Nation only knows that few days pass by peacefully and than a heart breaking news becomes fate of the nation. Nation does not know that who were planners and executers of terrorist attacks and bomb blasts during last decade, who provided suicide jackets and what is the reality of those who confess and accept responsibility for terrorist attacks? On whose orders they give such statements, why nation should believe that these elements do not have any link with Rawalpindi Bomb blast because few days ago these people were not ready to stop terrorism and accept anything less than imposition of their version of sharia. During negotiations 23 soldiers of FC were forced to sit on the chairs and tell their names and names of their fathers and afterwards their throats were cut and video was recorded and uploaded to internet. This jolted the whole nation; afterwards it was reported that these soldiers were martyred in Afghanistan where they were abducted and kept by Mulla Fazl Ullah group since 2010. Before this 13 Police personnel had already became target of terrorists and terrorists justified their act by claiming it as a revenge; woe and anger over these incidents have not subsided that another video of throwing beheaded bodies over a deserted road in Mohmand Agency was uploaded as well. After this govt. negotiating committee apologized from continuing process of negotiations that were not being held through mutual meetings but through statements over TV Channels that was in itself a joke. At least whatever terrorists had to do they did but members of negotiating committee failed to get out of the spell of TV cameras. On the other hand after a long absence Prime Minister of Pakistan from Parliament said that before using power against terrorists in Pakistan he would like to give a last chance to TTP to restore peace through peace talks; over this those who were in favor of operation against TTP kept silent on this hope that when they have borne this for many years giving a little more time is of no value.
Prime Minister announced names of Negotiation Committee during speech as a reaction TTP also announced names of their negotiators who were to talk for the restoration of peace. But in spite of secret links and talking on some unknown places neogitiators from both sides made TV channels their means for communication; during these talk-shows this was also observed that anchorperson invited member from one side in his studio and took the member from other side online and in this way stance of both sides was made a difficult equation to be solved for public to discuss. Due to this 50 thousand innocents killed in terrorist attacks, sacrifices of Armed Forces, Intelligence Agencies and Law Enforcement agencies, loss of trillions to the property and investment due to these attacks were ignored and it was portrayed as two parties having different ideologies are tied up in a discussion. However, despite of all this child’s play, Pakistani nation, armed forces and Civil departments supported govt. stance that may be in this way (even through Talk-shows) peace may be restored. Alas! This did not happen and more people got martyred.
TTP’s proclamation for cease fire for one month for peace-talks was also after Pakistan Air Force’s successful surgical strikes over strong holds of TTP which was warmly welcomed by those having wish for peace. Govt. of Pakistan also welcomed TTP’s announcement but before this cease-fire had any meaning terrorists attacked Rawalpindi courts martyring a Session Judge and many lawyers. Why Session Judge was targeted? Was hearing some sensitive cases or some important accuse was to be produced in his court? In both cases terrorist might have succeeded in achieving their goals by openly giving blood bath to TTP’s cease fire or peace but where should public hide? One the one hand public has to face inflation, unemployment and on the other hand wrath of terrorism, yes! This is the wrath in which murdered does not why they are being murdered and what loss they have caused to murderers and murderers does not know that why they are killing others along with exploding their own bodies. Who will be next target; no one knows… May Almighty Allah have mercy (amen)!!!