Mother of Democracy Having Colorful Face with the Blood of Minorities Claiming to be Secular and Pakistan Centre of Extremists??

Sabra’s eyes were empty and silent as space but full of tears. Then suddenly as someone had broken the dam, her tears started flowing. That’s all was reaction of my questions. I just wanted to know that what happened with the family of Sabra and her family on the 08 September 2013. Sabra was trying to keep her lips as she was afraid that her lips might slip some words just as her eyes but she wanted to know the reality for which she had traveled so long. She had seen the poor condition of the people taking shelter but she wanted to know that what had been suffered by these women that not only had hurt their bodies only but souls as well. These women included girls as tender as ten years old to elderly women of sixty.

She persisted in order to get the answer telling Sabra that being a women she knew the pain and sorrow Sabra was suffering through, she wanted to share her sorrow at least her plea bore fruit. Sabra took her to the end of the camp at a deserted place still weeping her 12 year old daughter Saju was also with her. Saju in spite of being alive was as devoid of emotions as a dead body. Sabra pressed her hand and said that how can she tell what happened, if she told that who will marry her Saju. They were too much in number, they took hold of Saju, laid her on the ground, stripped her clothes, shoed her. Saju was crying and begging to let her go, Sabra’s husband also begged that take my life but do not hurt Saju. Hindu rioters laughed and said that we will kill you but first witness the end of your daughter. They (Hindu rioters) gang raped Saju turn by turn and then took hold of the elder daughter of Sabra, she had already got fainted. Two boys stripped Sabra naked but she was just worried about her daughters. Hindu rioters pulled Sabra’s sister-in-law and raped her for being a Muslim woman. Afterwards these Hindus (terrorists in proper words) laid down her husband on the ground and cut him into pieces through axes.
When group of Hindu extremists left them, women tried to hide in the nearby crop field. There were many women of sabra’s village hiding there including, young girls, virgins, married, elderly and even underage girls but all were nude. After hiding for few hours in the sugarcane fields these women fled towards Kandhla village. When these women arrived there they came to know that other Muslim villages around them had met the same fate.

Writer of this tragedy in the hands of Hindu terrorists that happened at Village Lakh Bawdi District Shamli of Uttar Pradesh India is Neha Dixit of Outlook published a news report titled “Thread Bared”. She visited village Kandhla in order to get aware of the sufferings of the Muslims who had taken refuge in refugee camps, where Muslims are still living a miserable life. Hindu terrorists with the support of Indian govt. attacked villages of Muslims Lakh Bawdi, Lisad, Bhogana, Kutba Kutbi, Kerana, Bodhana and Behvadi and molested Muslim women repeating barbaric acts of Tartars. More than 80 men were murdered in the hands of Hindus; what happened to Muslim women I do not have courage to pour it into words. 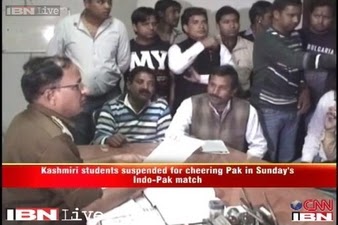 According to Outlook Lakh Bawdi has a total population of 9,500; most of the village’s 1,200 Muslims live beyond the fields, in an area loca­lly called pallipaar, working as agricultural labourers, carpenters, washermen, butchers, tailors. Sugarcane farming, the primary occupation here, is the preserve—and the privilege—of the land-owning Hindu (and a handful of Muslim) Jats. However their status is lower than lower caste Hindus. According to Outlook an Indian newspaper the riots broke out as allegedly a Muslim boy in Kawal village had ‘eve-teased’ a Jat girl (though some say it was a traffic-related incident). Her brother and cousin apparently avenged the slight by killing the boy in last days of August 2013. Angered Muslims reached on the spot where the dead body of the boy was laying thus this created tense situation. After effects of this murder reached 20 Km away Muzaffarnagar city where after Friday prayer Muslims protested against the murder of the Muslims boy.

After passage of six months, Indian court at Muzaffarnagar has discharged the case on the ground that Muslims were responsible for the start of the tension as few Muslims delivered hateful speeches against Hindus on 6 September 2013. This is the decision of the biased Court of Mother of Democracy and Secular India. This is the Outlook who attempted to bring forward the ground realities otherwise Electronic and Print Media, Civil society of India and  supporters of secularism practiced criminal silence over such grave violation of basic human rights because India is a secular country and heaven for minorities (as atrocities committed by Hindu extremists and Terrorist govt. are not allowed to be reported). Our rulers and opposition leaders also did not feel any need to condemn this tragic incident because India is a secular country.
Is this the first incident in which Muslims have been massacred or Muslim women have been raped? No! after every few years such like incident is repeated in India to assure the world that India is a secular country. In 1969 Muslims were murdered in cold blood at Ahmedabad, their properties were looted and set on fire because India is a secular and democratic country and heaven for minorities. In 1982 same was repeated at Muradabad to reinforce the claims of being a secular country. In 1984 Muslims of Bhawandli became target of Hindu extremism and terrorism, in 1989 Muslims of Bhakpur became the target of Hindu secularism. In 1987 once again thousands of Muslims were murdered to prove India a secular country as secular Hindus murdered and played with Muslims of Merath.
On 18 February 1983 the anti-Muslim riots at Neeli, Assam are considered as second to the loss human lives that occurred in World War-II because in these riots 14 villages of Muslims were wiped out. As India is a secular country so there is no record that how many Muslims were killed in these riots. On 6 December 1992 on the demolition of Babri Mosque uncountable numbers of Muslims were murdered and those Muslims who protested against state terrorism of Hindus were slaughtered by Indian Police and Hindu extremists to prove India a SECULAR Country. The massacre of Muslims in the hands of Hindu under the leadership Narindr Modi at Gujarat in 2002 is once again going to be repeated if Muslims of Gujarat dared to cast votes against Modi as Hindu extremists have warned Muslims that they will kill Muslims by pouring acid on them. Whole developed world is silent over this warning and Great Satan (USA) has assured that if Modi is elected as Prime Minister of India, she is ready to withdraw any sanctions against India and work hand in hand to prove India a secular country.

On 2 March 2014 two days before the Pak-India Cricket match Indian media gave the impression as Dhaka is also “home ground” for Indian cricket team as they will have the support of Bangladeshi spectators. But on 2 March 2014 Dhaka Cricket stadium was not less than Lahore or Karachi filled with green Pakistani flags; on every shot by Pakistani cricketers Bangladeshi spectators supported Pakistani cricketers; this was not acceptable for Indian public and govt. In Swami Vivekanand Subharti University ( SVSU) Meerut 67 Kashmiris students who dared to cheer for Pakistani team forgot that they were in secular India where minorities have to take permission before expressing their emotions and happiness; moreover happiness of Kashmiris is unacceptable for Indians. So in order to maintain Hindu version of secularism it was necessary to expel these students from university and book them under charges of treason…

Email ThisBlogThis!Share to TwitterShare to FacebookShare to Pinterest
Labels: hindu version of secularism, massacre of muslims in india, signs of democracy in india