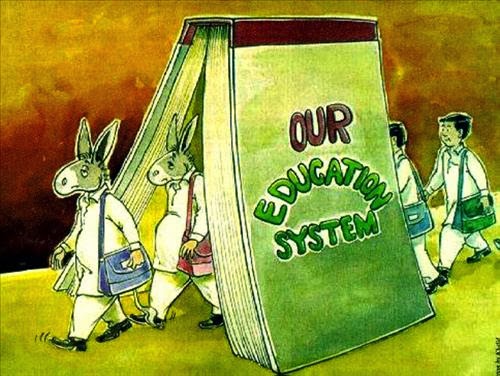 Few days ago I had to go through a strange incident that forced me to write over this topic. On Abdali Road a VIP vehicle either of a politician or a state servant was coming from SP Chowk; in the meanwhile a well-dressed bike rider fell down while trying to avoid collision with one of the protocol vehicles escorting the said VIP. Driver of the protocol vehicle was in a hurry to keep up with the speed of the VIP and arrive at destination quickly so he did not pay any attention to the youngster who fell down from the bike. Those who are familiar with Multan would know that fiscal institutions and commercial buildings constructed without any planning and parking facilities have created hurdles in the flow of the traffic. Especially when any minister or VIP state servant has to pass this road a strange hassle is observed in which everyone is trying to save himself from the vehicles of the VIP’s convoy. Riders of big vehicles (Pakistanis) do not care however, riders of small vehicles and poor motorcyclists and cyclists had to save their lives.
Such like situation was being faced by the youngster who fell down from the motorbike. As I was on the footpath near him so I quickly moved towards him but he has stood up before I reached. Blood was seeping out of the bruises he got due to falling on the road however, he did not get any serious injury. The after effects of falling onto the ground were clear on his dress that had stains of dirt as well as was torn away from few places. I enquired the youngster while helping him to stand up his motorbike, he burst up. First of all he poured out anger against the VIP due to whom he fell down and afterwards watching his dress and outlook he got out of control. He started trembling either with sorrow or emotions and tears rolled down from his eyes. I was neither ready for such situation nor able to understand it. Youngster was quite healthy, bruises over his body were not of such nature that he gets out of control nor the stains over his dress were such that a man starts weeping. Watching the situation of the youngster I offered him a bottle of water to drink but he turned down my offer and started cursing the VIPs, state servants, society and rulers as corrupt, moral less etc. whatever came to his mind. He was speaking and weeping as well.
I asked him to be thankful to Allah Almighty that his life and he has been saved from some big loss. He said if here in this country there is no value of humanity than there is no need to be worried, in 1947 Quaid-e-Azam Muhammad Ali Jinnah won us freedom from English imperialism but freedom from “black and local English” is yet to be achieved. Our system that is apparently democratic but if one is riding over the Elephant of the state or power than others appear to him some lower valued species rather than human beings; while if the Elephant is big or powerful than he considers other human beings as insects. So despite of living in the so-called independent society of 21st century the elites of this country treat public as slaves than there is no need to cry over it or take it to heart.

After hearing few words of compassion from me; he told me that he was unemployed since long and today he was going for an interview hoping to get a job but seems he is not lucky enough to get employed. After completing masters from Bahauddin Zakariya University Multan 3 years he applied for hundreds of jobs out of which for few he was called for interview but only those were selected who had strong reference or a close relation or link with those who move in the luxury vehicles. On that day although he got the call for interview but fate played double game with him.
I comforted him, if he was worried due to getting late than there is no need to worry because just like corruption, nepotism, hoarding, black-marketing, fraud, misrepresentation and adulteration of goods, being late and wasting time has also become our national identity. However, dirty and worn out clothes were a serious problem because job is given keeping in view one’s dressing. I advised him to get a shot of Tetanus vaccine as this was necessary. After reading the news report of Aliyan’s death last Friday due to Tetanus as he got infection after falling on to the road. He got some hope after talking to me and left for his destination. But my thoughts got entangled between the increasing numbers of educated unemployed youth. If even after getting degrees from universities our youth is left to wander in search of jobs; when standard for getting a job would be reference in spite education or capability than what would be the fate of the country? Than what is the use of these universities that are spreading pessimism among the youth in spite of preparing them for the development of the motherland; youth is losing trust over society, equality, honesty and even from themselves. In spite of becoming mentors of the motherland these youngsters are playing in the hands of criminal gangs and persons. On the power of easily available weapons they are adopting street crimes; taking increasing inequality in the society as justification they are getting involved in robberies and upon being at large they become courageous enough to involve abduction for ransom and claim it as revenge from the society. These unemployed and hopeless youngsters even forget the meaning of forgiveness and affection due to the inequality of the society. Moreover, what have we given to our youth except hopelessness and chaos; neither we are aware of Islamic values nor of the Eastern norms; the meaning of Islam has been changed to violence due to personal versions and ego. Holy Quran has been made a book to take false oaths, giving as a gift to brides or for keeping in the cupboards respectfully wrapped in the beautiful covers. Education for guidance is also just like as a commodity for sale, go and buy whatever type of education you like, costly or cheap. This is the reason that students of private universities get job offers even before completing their education.
Irony of the fate is that Pakistan is the only country of the world where even in this modern and developed era feudal system is still in power; only few hundred families own 81% of land, they do not do anything but 51% of the Pakistani population work over the lands of these feudal lords and income is transferred in the accounts of these feudal lords. That is why since 1947, we have been unable to provide universal education system. Dozens of different curriculum are being taught in Pakistan, separate curriculum for elites, other for middle class and for poor or others there is no education or curriculum at all. On the other hand the increasing population; than what does this mean that younger generation should be left to wander in the darkness? The result of this ignorance would be nothing less than collective destruction of the whole nation. Our youngsters does not lack talent, their love for motherland is also exemplary; this could be imagined from the world’s largest human flag of Pakistan made by Pakistani youngsters few days ago despite of severe rain and cold. Whether these modern fields of study or co-curricular activities; Pakistani youngsters can be traced in the top of the list. The only hurdle that Pakistani youth has to face is lack of guidance and equal chances which is impossible without the supervision of govt. The top important requirement is the universal curriculum for the whole country so that in the educational institutions students can progress on the basis of their intelligence, capability and hard work, not on the basis of their social status, family background, references, bribe or nepotism. All this would be possible only when our elite aborts culture of show off and snobbery which is a big question mark?.
This is the result of the show off of the wealth that on the one hand religious extremism is spreading while on the other liberal extremism is spreading like a wild fire. The riots at Peshawar University on the eve of Valentine Day point towards the tension prevailing between the liberal and religious extremist groups that erupted up as the incident of putting hostel rooms on fire. At least what is the reason that tolerance is vanishing from our younger generation? No one is ready to listen or tolerate others beliefs or stance. Here comes the responsibility of our media to come ahead and play its role to start discussions so that younger generation in spite taking the path of violence learns the way of solving their problems through negotiations.

In the end I would like to mention the Bahauddin Zakariya University, due to the problem of this university I was forced to write this column; University’s responsibility is not to hand over degree to its students and leave them to wander but also keep an eye that what problems are being faced by its passed out students. If teacher is given the status of spiritual father than educational institution is known as spiritual mother; how is it possible that children are wandering and facing problems in procuring jobs while mother and father are enjoying. Probably my wordings might hurt administration of the university that they can only impart education not the jobs; I also do not mean so. But only if responsible officials understand it…

Email ThisBlogThis!Share to TwitterShare to FacebookShare to Pinterest
Labels: degrees but no jobs, education or reference?, Unemployment in Pakistan