"If Enemy Slaps, Ask for One More" Pakistan's Foreign Policy Towards India!!!


“If they will kill five of our soldiers  we will kill 50 of them, now this would be the revenge; Pakistan has got over adventurous towards India so there is need to discourage Pakistan but in order to teach a lesson to Pakistan strong leaders are needed as long as our enemy does not invade into Pakistan and bring back 50 heads of Pakistani soldiers as a revenge to 5 of our soldiers Pakistan could not be taught a lesson”
“This Govt. is weak, when will be India’s Operation “Pakistan”? What we are waiting for, what is the answer to our questions?”
“Indian army is thousand times better than Pakistani army, towards this side of LoC (Line of Control Kashmir) India has well trained, well-armed army with better movement facilities and roads, than why does not India dares to take reciprocal steps against Pakistan?”
“I think this is the time to take the revenge, you shall take the revenge whole nation will stand side by side to you; our strike corps has the capability to invade Pakistan, cut Pakistan into two parts and devastate it”
“In order to teach a lesson to Pakistan, Indian nuclear missiles can target Multan in 3 minute 2 seconds, 4 minutes for Faisalabad and two minutes for Sahiwal”
“Indian airforce can destroy Lahore in less than 15 minutes”


Dear readers, these are excerpts from the speeches in Indian Parliament against Pakistan in order to make the hatred among Indians against Pakistan and plans of India against clear to our readers. Moreover, the Indian newspapers and media is acting in the same way as they did in 2011 and 2008; after going through the reports and analysis going on the Indian media one can easily predict the future of relations of both countries in spite of all the disgusting offers by Pakistan for friendly relations. Not only this; Indian war mania is a warning for Pakistan that latest Indian weapons, missiles, weapons of mass destruction and heaps of ammunition can become a threat to Pakistan’s existence at any time because creating reason for attack over Pakistan is not a problem for propagandists of Kotalaya Chanakiya; the only deterrence that adheres India from attacking Pakistan are Pakistani nukes! 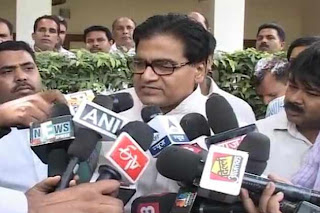 However, India is leaving no stone unturned to weaken Pakistan internally through conspiracies; on the one hand India has converted Pakistan into a hell through Indian sponsored terrorists on the other hand Indian behavior and response for peace talks and negotiations is insulting and threatening. This makes every Pakistani think that when India does not want peace talks or to negotiate at all than what is the reason that we are silent on all the terrorist acts of Hindu India? Is the friendship and trade with India so much important that India slaps us whenever she likes and we simply wait when she slaps us again? It seems that this has now become integral part of Pakistan’s Foreign Policy to bow in front of India to prove ourselves worthy of Indian friendship and peaceful to the world. Thousands of innocent Pakistanis have become the target of the foreign terrorism; now even officials of Western countries accept the heinous role of India in this invisible war within Pakistan but we do not have guts to unveil the hideous face of terrorist Hindu India? Few years ago Prime Minister Yousaf Raza Gillani succeeded in convincing and getting confessed from Indian Prime Minister Manmohan Singh at Sharm-ul-Shaikh that Indian agencies are involved in the terrorism in Pakistan from Afghanistan; in front of media Manmohan Singh said that he would initiate investigation and enquiries for this but upon his arrival to India he had to face such a fierce criticism from opposition parties and threats from Indian security agencies that he denied to have discussed anything with Pakistani PM about terrorism in Pakistan.

Staging drama of murder of 5 soldiers on LoC for propaganda and allegations against Pakistan is nothing new; 6 months ago after martyring 2 Pakistani soldiers in unprovoked firing Indians have raised hue and cry that Pakistani soldiers crossed the LoC and cut down the heads of two Indian soldiers and took their heads back. At that time Indian media and extremist Hindu politicians played their role to create the war mania among subjects of Hindu India so that they ignore corruption of politicians cum Indian Generals, however, after cancellation of Manmohan Singh’s visit to Pakistan this drama and propaganda died away. The current drama and hype has been created so that when Manmohan Singh and Nawaz Sharif meet in USA at General Assembly of UNO, Manmohan Singh should not dare to step ahead for the solution of the disputes and to pressurize Nawaz Sharif to adopt apologetic behavior. In the other words Indian wants to continue the tension between the both countries so that she can continue her propaganda against Pakistan and ensure that subjects of Hindu India keep ignoring corruption of their politicians and army Generals in the war mania against Pakistan. In order to attain its goals India has full support from her paid traitors within Pakistani media. 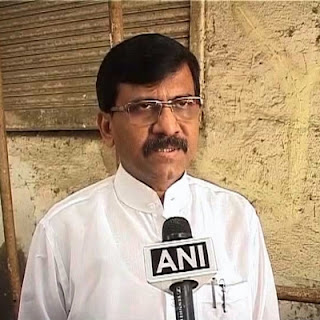 The ups and downs between the both countries are going on from last 60 years. According to her needs sometimes India stages terrorist attacks over Parliament to win the support for unjust laws against terrorism (which target innocents more than terrorists) or sometimes in order to remove the team of ATS who unveiled the terrorist network run by on duty Indian army officers stages the drama of Mumbai attacks; so in order to provide cover to these acts of state terrorism India starts blaming Pakistan through propaganda on Indian channels as well as Jewish controlled media. The negotiations with Pakistan start at the will of India and are suspended on Indian wish as well. The ground realities are that despite of all the attempts by Pakistan for peace in the region all 3 armored units of India are deployed against Pakistan, 25 out of 33 Infantry units of India are for Pakistan, 3 artillery divisions are deployed on Pakistanis border, out of 3 mechanized divisions 1 is for China while 2 have targets in Pakistan, the target of army, airforce and navy of India have been Pakistan and only and only Pakistan. Our journalists working for friendship with India have no answer to these war preparations and plans of India against Pakistan. They have no answer that why does not India adopt same threatening attitude towards China against Chinese invasion and capture of land area of Tibet and Ladakh that China claims to be Chinese area. In spite of all these bitter realities our leaders are day dreaming that by ignoring violations of Humans Rights in Indian Held Kashmir, Indian dams over Pakistan rivers to stop water of Pakistan, silence over Indian illegal capture of Siachen, ignoring Sir Creek Dispute they would convince India to decrease her defense budget so that the amount can be spent for the development and betterment of both the countries. However, on the policy adopted by present Pakistan govt. for friendship and trade with India a question mark (?) has been put by India. If India does not gets ready to decrease her defense budget despite of all the leniencies provided to her by Pakistan; will our political leaders decrease defense budget of Pakistan alone or would they prepare defense keeping in view the Indian war mania and preparations against Pakistan? Will they dare to reply India in the befitting way or keep begging in front of India even after being slapped?

The most important aspect of the current sitation is that on the one hand Indian army is violating the cease fire over LoC, propaganda against Pakistan army on Indian and all Indian supported media is going but not only this Indian media is also portraying that current Pakistani leadership is indebted to India. The only purpose behind this propaganda might be to adhere Indian PM from negotiations with Pakistani PM. 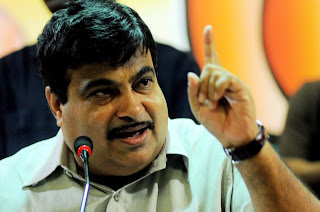 One may remember that on 20 May 2013, on the introduction ceremony of the book “Talwarinchya Chhayet” a translated version into Marathi of the book “The Shade of the Swords” written by famous Indian intellectual MJ Akbar in 1999 leader of BJP Nitan Gadkary gave a statement to media that in March 2000 when US President Bill Clinton visited India, Dhiru Bhai Ambani Business Tycoon of India  requested Bill Clinton to play his role to pressure General Pervaiz Musharaf to release Mr Nawaz Sharif and allow him to leave the country. During his return Clinton visited Pakistan and ensured the release of Nawaz Sharif. Now Indian media is portraying the whole situation in such a way that Pakistan PM Mr Nawaz Sharif is not match to Manmohan Singh for negotiations. Now this is the duty of our Foreign Ministry to make it clear to India that if she does not end her role in terrorism in Baluchistan and terrorism than Pakistan has no longing for peace talks. India should fulfill her longing for war first…