Kala Bagh Dam is Inevitable for Integrity of Motherland..! 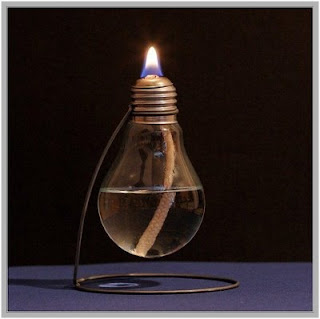 Although Pakistan is a Nuclear power but what forced Pakistan to attain nuclear capability? Of course it was inevitable for our defense as we are aware that India has aggressive plans against Pakistan and it is not possible to defend oneself with traditional from such a powerful enemy who also has nuclear weapons. This bitter reality was brought forward by Dr AQ Khan in one of his TV interviews on 1 June 2013 in which he said, “If Pakistan does not have nuclear weapons; Pakistan would have been disintegrated through Indian aggression 10 years ago”. Here 2nd question arises if country is economically devastated, every person of the nation is pledged to the international financial institutions for loans, corruption, usury, black marketing, hoarding and such like evils have infiltrated into the nation, a country  where injustice and inequality has  infected the nation, can a such country be safeguarded and protected by nuclear weapons? Soviet Union was also a nuclear power having twice of war heads as compared to US but what we observed that corruption and corrupt administration disintegrated the world’s 2nd super power. Some people may take my concerns as conspiracy theory but look at the energy crises, is not this evident that we are being pushed into energy crises so that nation begs for the bread and livelihood surrendering nuclear weapons? The continuous opposition and hurdles in the construction of Kala Bagh Dam is initial form of this.

From last few years Pakistan is facing critical shortage of energy, industry has been almost shutdown, unemployment has become an uncontrollable problem; the burden of increasing population, the economy of Pakistan seems about to crash. In contrast to this the businesses based upon corruption is growing by leaps and bounds; as a result rich are getting richer and poor getting poorer while the middle class playing the role of link between two extremes of society are disappearing and no one is aware that what would be the result of this. Educated youth is wandering with their degrees while other have been forced to join criminals in order to secure livelihood.
In this way of we look at the collective economic picture it is much more painful despite of apparent development in the form of shining big cars, latest shopping malls, skyscrapers and abundance of wealth to few families and specific class of society. On the one hand there are elites of the society who are observed wearing three piece suits of waist-coats because they have resources to chill up even in the scorching temperature of June while on the other hand there is public that are facing scorching heat without electricity, neither they can sleep at night nor they can work properly due to shortage of electricity. Modern facilities have replaced hand pumps in cities resultantly during loadshedding people are unable to access water as well. In spite of shutdown and non-supply of electricity the bills have increased manifolds. In order to tackle inflation our rulers have only lolly-pop of increasing salaries of civil/state servants while in order to pay these salaries new taxes are imposed on necessities of life creating an artificial cycle of inflation. Such crises are also faced by other countries as well but in spite of burdening public with these crises rulers of other countries cutdown their own luxury expenses or impose emergency first of all on state machinery/expenses but here only public has been chosen for sacrifice so that luxurious expenditures of elite class could be met.

Have this crises been created within few years or it has emerged suddenly just like as tornedo? No, not all! If we look back this is the story of half century. This was the time of Ayub Khan when the foundation of industry was laid; Mangla and Tarbela dam were constructed in order to fulfill agricultural and industrial requirements. 8 big canals were constructed, 5 barrages were constructed on Indus river. This alerted enemies; Ayub Khan was thrown out of power. As per scheduled plans when the time for construction of Kala Bagh dam came hurdles were created in the construction of this dam in such a way that in spite of availability of rivers we have been unable to get cheap electricity from hydro projects. Afterwards Proud of Asia Mr Zulifqar Ali Bhutto who came into power through public destroyed national economy by nationalizing industrial units but ignored energy demands of country by leaving Kala Bagh Dam incomplete. If this project had been completed to get electricity from water than we would have been economically strongest country of the region.
Who are those elements creating hurdles in the construction of Kala Bagh Dam, who are those hidden hands that are forcing Pakistan to get energy from costly thermal power stations (gas/oil) which is neither affordable by households nor by industrial units as their cost of manufacturing increases due to costly energy so our products cannot compete in the international market. As long as agriculture is concerned we are all aware that fertility of lands is connected with availability of water. There are two ways of acquiring water for agriculture, either by pumping under ground water (limited basis) or by storing river water and supplying it to the agricultural lands through canals. But here in Pakistan farmer is unable to get water through both means; electricity and oil for pumping out underground water (constant pumping out of underground has decreased its level to significant lowest level) is not affordable due to cost while on the other hand India has aggressively started construction of dams over Pakistani rivers already stealing a significant portion of our water; our rulers are criminally silent over this in the name of friendly relation with India. In such situation if agricultural lands become barren which seems to be inevitable if we did not construct new dams how longer our already destroyed industry would be able to feed 18 to 20 million people? Not only Punjab but Sindh would be effected due to this shortage of water. So called Sindhi nationalist opposing Kala Bagh dam by calling it as dam for Punjab have never dared to condemn the aggressive water stealing of Pakistani rivers by India (in order to secure their payments) while Kala Bagh dam would not only provide cheap electricity but also a defense line against floods. Now the condition of an agricultural country is that we are being forced to import vegetables from India; no doubt the traitors within us want that our lands become barren like Somalia and Pakistan appeals to surrender to India.
If we look at those elements opposing Kala Bagh dam they have many similar features for example threatening disintegration of Pakistan or separation even on insignificant matters, inflaming provincial disputes and blaming Punjab, blaming and spreading hatred against Pakistan army, opposing Kala Bagh dam without any solid technical reasoning and threatening to disintegrate Pakistan and criminal silence over massacre of innocent Kashmiris in Indian Held Kashmir etc.

Now another party has also joined hands with opposers of Kala Bagh Dam, they do not want Pakistani nation gets cheap hydro energy; they are IPPs, private electricity producing units or companies, they are exploiting shortage of electricity to receive undue prices of the electricity generated by them, Rental Power Project is also a part of them. They are trying to convince public that electricity is a luxury that should be available to those who can avail it, and yes those who can afford it are availing it 24 hours. Those IPPs and manufacturers of generators earning extra profits will never like that Kala Bagh Dam is constructed…