Another Attempt of Enemy by Creating Unrest in Gilgit-Baltistan After Failed Attempts of Spreading Sectarian Riots in Baluchistan..!

Targeting Gilgit Baltistan after failed attempts of sectarianism in Balochistan...

Partition of subcontinent in 1947 was a tragedy for extremist Hindus of India. They accepted it with a hope that lack of development, social upheaval, weak defense system and absence of appropriate administrative set up will force to either join or become a client state. , and did just that. However, the Indian wishes for proved fruitless over the period of time. British also left certain critical issues unsettled before leaving in order to cultivate Hindu cooperation and friendship. These issues are igniting endless tragedies in the region.

It is a fact that backwardness prevailed throughout the areas which became . There were no schools, hospitals and carpeted roads. Even government did not have qualified staff, funds and buildings to run the state machinery. But still there were no secessionist currents in the population of . The only separatist ideas were those of Khan Abdul Ghaffar Khan, a follower of Gandhi and some Sardars of Balochistan who considered as a threat to their leadership.
As was gaining on self sustenance, started the conspiracies in the light of ancient Kotalya Chanakya teachings which has no place in modern standards of moral and ethical understandings. Unfortunately was able to recruit individuals within , the so called modernists who were vary of religion, tasked to destroy the Two Nation Theory; and people who encouraged sectarianism, provincialism and linguistic division. It all resulted into dismemberment of and creation of .

had superiority of geography, resources and strategic orientation in East Pakistan as it was surrounded by of on one side and on three sides. However same conditions do not prevail in present day . That is why has to back down twice from war in 1989 and 2002. Using internal fissures, can create problems in mega development projects like Kalabagh Dam but cannot wage all out war. So has focused on internal fronts of .

Due to the international environment and presence of NATO forces in after 9/11, is using of to wage a proxy war against . tried to create insurgency in Balochistan through support in shape of training, weaponry and financial resources. International media also created hype in this regard. However, due to absent ground conditions these efforts failed. The effort was turned towards sectarian issue in . Numerous members of Hazara Community were slain in many target killings and bomb blast. The incident on on 10 Jan 2013 is the case in point.
The reaction and efforts of Hazara Community are commendable. They faced chilling cold and sleet of in a sit in and foiled all attempts by enemies of at ignition of sectarian conflict. Neither the Baloch Sardars in government or opposition or so called separatist leaders in or out of country rendered any help to the bereaved families. The international media has rightfully questioned the claims of pro independence leaders of Baloch who blame every ill on Pakistan Army. The Hazara Community demanded protection by Pakistan Army that negated the separatists’ propaganda and agenda. I cannot forget the face of a mother who had been sitting quietly alongside the body of her teenage son. When the imposition of Governor Raj was announced, she started crying. It was time to depart her beloved son. I must say that her son was the son of who gave solidarity to in his ultimate sacrifice.
has only temporarily withdrawn from Balochistan. Now the effort has been focused on Gilgit Baltistan where members of Shia Community had been targeted for last two years. There is movement on internet and social media for separation of Gilgit Baltistan from rest of with the name of Ballawaristan. A so called NGO named UNREPRESENTED NATIONS AND PEOPLES ORGANIZATION has been conducting seminars in the West and where separatists are invited for lectures. They spread the same old mantra of Punjabi domination and exploitation of people of Gilgit Baltistan but these so-called human rights activists and NGOs are silent over issue of Kashmir, Freedom of Khalistan, separation of , rights of Naxalites and states of who demanded separation from . 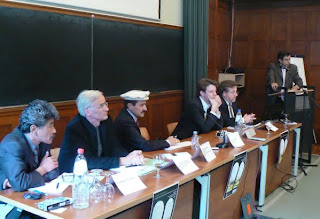 Indian Institute of Defense and Strategic Analysis (IDSA) is training and briefing the separatist elements of Gilgit Baltistan above mentioned lectures. The individuals are motivated and trained and than they are asked to deliver lectures in these seminars organized by Indian spy agency RAW. Mr. Imtiaz Hussain, president Gilgit Baltistan National Front from , and Senge Hasnain Sering from are acting as link between separatist elements and . He is an engineer who has established The Institute of Gilgit Baltistan, working as a propaganda cell. He also publishes and distributes pamphlets and booklets for the purpose. Many websites and blogs are also being run from . The script and style is the same as for Balochistan. The only difference is that instead of blaming Punjab, Punjabi domination and exploitation, they are also presenting Arabs as looters and plunderers who invaded and spread Islam in the region.

Ballawaristan National Front under leadership of Abdul Hameed Khan is also active in Gilgit Baltistan. He appealed to the people to generate funds for the organization working for the separation and creation of Ballawaristan. The people of Gilgit Baltistan are also being asked to learn five local languages in order to be citizens of independent Ballawaristan.

If one sees the map, it is evident that is active in this region to curtail Sino ground communication with Gwadar. Although the separatist elements in Gilgit Baltistan have not opted for insurgency so far and Shia community has also chose peaceful demonstrations but government need to provide security to each and every citizen regardless of sects and regional groups. and the separatist elements are also demanding the opening of trade via Skardu Kargil. May be it is in the wake of pending decision on Most Favored Nation status for agreement…

Email ThisBlogThis!Share to TwitterShare to FacebookShare to Pinterest
Labels: after failure in baluchistan, Balawaristan, failed drama of greater of baluchistan another attempt of anti pakistan forces, reality of gilgit baltistan issue