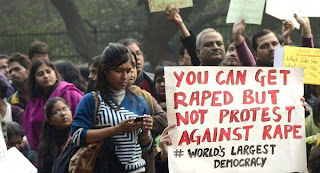 Our free media especially followers of Aman ki Asha have been showing competitions of Indian actresses, dance shows of different channels and such like other semi-porno programmes to deceive the nation that India is the greatest democracy of the world and flag bearer of the peace as well as champion of human rights. These channels have been portraying as heaven for minorities due to its secular system and second to none in latest scientific research. Through such propaganda our pro-Indian intellectuals, moral-less political representatives, industrialists and traders forced elected govt. of to declare as most favorite nation. And all that in such a situation when is not ready to resolve any issue relating to boundary, withdraw its terrorist forces from Kashmir and has stopped water of . 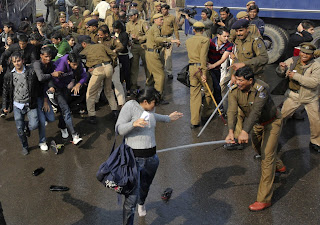 This is our immoral media devoid of any values that is trying to inject Indian culture by posing India as developed nation and now they (these so-called free channels) have got so much courage that they are not only rejecting the protest against their porno programmes by claiming protestors as ‘ill minds’ but also raising questions to courts to set up a standard of porno/sexy material. Because their Indian controllers, funders and gods are of the view that as long Pakistani youth would not adopt immorality and indecency it is not possible for to defeat/conquer . But alas! The tragic incident of gang rape of the 3rd year student of Physiotherapy of New Delhi Medical College has not only unveiled the dirty face of Mother of Democracy i.e. Hindu India where even in this modern era women has no respect but forced UN Human Rights Commission to confess that “RAPES OF WOMEN HAVE BECOME NATIONAL PROBLEM OF INDIA”. 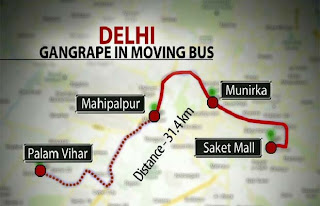 Not only this, perhaps for the first time this fact has been disclosed through social media and internet news that New Delhi is known as Capital of Rapes where daily 10-15 gang rapes are reported to Police while those that are not registered by Police might rise to dozens. Because most of the girls belonging to poor or weak family background does not hope to get any justice from police, Indian courts and civil society or they just keep silent in order to save their respect in society because otherwise no one would be ready to marry them. Not only this, many working women are forced to sex in the hands of their male colleagues and officers and forced to continue their jobs as well.

On the night of 16 December at about 9:45 pm the girl who became target of gang rape, dared to travel in such cold night only because she was accompanied by her classfellow but in spite of this she became of the target of lust of driver and his five coworkers. When her classfellow resisted he was thrown out of the running luxury bus with black glasses. On resistance the girl was beaten by steal rod. Her resistance has made these beasts so much angered that after fulfilling their lust they badly tortured sexual organs of the said girl with iron rod and threw her out from the bus and went away. The class-fellow of that girl was brought into a hospital where he contacted other students of the and requested them to save the poor girl but before these students reached to help their class fellow, the beasts had already raped her and dropped her on the road. She was brought into the hospital; her condition was so much serious that many students took to the roads to protest against this tragic incident and protest was so much intense that police had to impose curfew in many parts of the . Although Indian media avoided to give any serious coverage to this tragedy in spite of protests on such a level but news spread over the social media and internet media that it became impossible for western media to ignore this tragic news. If the affected girl had not belonged to middle class family or had not been student of a famous medical college the issue might not have been reported or ignored easily. In the way Indian Police baton charged the protesting students and tried to disperse them through the use of water cannons in such cold this spoiled the issue because the reports of every state torture/terrorism were being reported on the social websites along with pictures. The further fuel was added by the elected representatives of Hindu India when they in spite of expressing solidarity with the poor girl blamed her that why she got out of house at such time of night and she has got what she deserved. 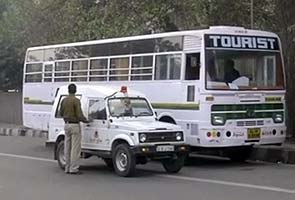 On the other hand Indian doctors said that they cannot save her life because her internal organs have been badly tortured and cut through the iron rod and it is not possible to transplant these organs in . In order to avoid increasing protests and save the credibility of self-proclaimed mother of democracy; Indian govt. decided to transfer the poor girl to for treatment. But after few hours of her arrival to in spite of artificial respiration and other medical facilities she lost life. After this in spite of interference of Manmohan Singh and address to nation an unending protest campaign started over the social media. The local Indian media also brought forward many tragic incidents of gang rape within India that are just routine occurrences for Indian police; these reports have badly unveiled the evil face of mother of democracy. After this UN Human Rights Commission also woke up and released facts and figures that in Indian villages in this modern and developed era many girls are murdered right after their birth while many pregnancies are aborted after initial ultrasound that fetus is a female. 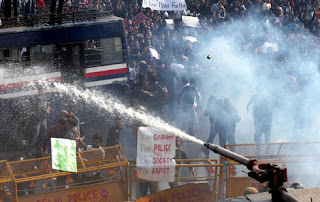 Not only this, in Indian states like Assam and Indian Held Kashmir where struggle for independence and freedom is going on as well as minorities and lower castes are becoming target of lust of Indian state terrorists i.e. Indian Army, BSF and Assam Rifles as state policy to crush the freedom movements. The notable incident of 2004 when many women got nude and protested against gang rapes by Indian army in front of Assam Rifles Head Quarters in Manipur; moreover banners were fixed over the building of Assam Rifles Head Quarters. These nude protestors included Lecturers and Professors of many colleges that had themselves been target of lust of beasts of Assam Rifles. These elderly women were chanting the slogans, “we are of the age of your mothers; come and rape us as per your routine”. The reason behind such insulting protest was arrest of a 32 year old teacher under charges of supporting the freedom fighters and after few hours her dead body present in the near by bushes was the evidence that she had been target of worst gang rape. Such incidents should be enough to unveil the heinous face of Hindu India. These are not only few incidents; a lower caste student from Assam has asked Indian nation that the said student of Medical College might get justice (although there are no such hopes) but who would give her justice as she was gang raped by four men including a politician/elected representative of Congress? 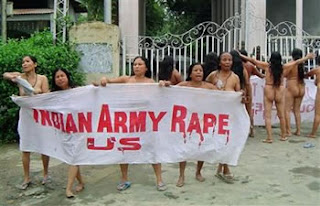 Certainly Indians would soon forget this tragic incident of gang rape of New Delhi Medical College but that discussion against immodesty, porn and immorality spread and adopted by Indian TV channels to make India acceptable for Europe (or perhaps on the agenda of Jewish funders of media) would go ahead. One may remember that Sonia Gandhi had said that does not need to go in war to conquer as has already conquered through cultural warfare/attack. Sonia Gandhi might have realized that the cultural war prepared for Pakistan has become curse for Indian daughters (if they have any respect for daughters of the nation) and now Indian female Parliaments has also demanded that Skirt in School Uniform should be replace with full trouser or pants but here the question arises that who and when would those be brought to trial or held accountable for their conspiracy against nation who declare Indian culture as step towards development???

Indian Aid; Contaminated With the Blood of Minorities


Formulation of “Female Battalion” Consisting Of Prostitutes in Indian Army…