The Conspiracies against Islam and Reality of Taliban! 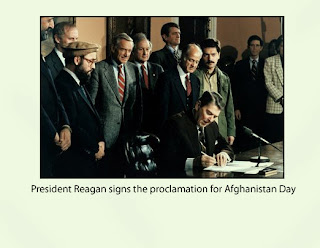 An under construction mosque/Masjid in Poitiers West France was attacked by dozens of extremists, hoisting anti-Islamic banners. When this news broke on the media; no one was shocked because after 9/11 (termed as staged drama by many Americans as well) the propaganda against Muslims and Islam, the statements of many western rulers claiming terrorism as a weapon of Islam to take over the world and the fabricated incidents of terrorism of western media to spread hatred against Islam, so the attacks over Masajid/mosques were not something unexpected.

Although French Prime Minister and Interior Minister condemned the attack ver masjid/mosque but they forgot that only 3 weeks ago French Interior Minister has said that ‘if Muslims become a threat to public peace (ignoring the role of France in wars) they would be expelled from France and France will deal strictly to all those who claim to be Muslims and are against secular traditions of country, he added that they (French govt. does not like that Islam spreads)’. The need for such statements of French interior minister was the fact that is the only country in the world who has banned wearing of scarf by Muslim women. The protest against this ban is going on that the secularism that French Interior Minister is claiming does not mean to be atheism or anti-religious and moral acts but prohibition of one religion over the other religion. The greatest proof is India where not only many extremist Hindu religious parties take part in the elections but also are present in the parliament in the form of BJP; not only this religious riots are used as a tool to secure the votes from Hindus; killing thousands of Muslims they still claim to be the largest secularism of the world while members and leaders of many other Indian political parties including so-called secular party Congress enter into the parliament with Tilak over their forehead.

But irony of the fate is that in Pakistan a group of traitors including some intellectuals, authors, poets, columnists that are notorious for their anti-religious (in pure words anti-Islamic cause they feel proud in the get up of extremist Hindus) want to force an atheist system over Pakistan which is severely against Eastern values leaving aside the religion. There is no doubt that on private TV channels (especially those channels funded by AMAN KI ASHA) such anti-Islamic persons have full control; these self-proclaimed Aristotle are mutilating the history in such a way that one hand Indian allegations against Pakistan could be given support while on the other hand through such mutilation of history Pakistan’s younger generation could be misguided and brain washed to ignore the base of Pakistan i.e. Two Nations Theory so that the dream of an atheist Pakistan working as an agent of India and Jews could be fulfilled. This is the reason that many of our so-called intellectuals are representing Ranjeet Singh or Prithvi Raj and other Hindu Generals as heroes of this land while Muhammad Bin Qasim and other Muslim Mujahid are termed as invaders on TV Channels. After the silence of nation especially religious organizations over mutilation of history now these anti-Islamic elements have started mutilating the incidents of near past that are preserved in the newspapers, magazines and other sources.

As an example I would like to quote the column of Najam Sethi published on 21st October regarding the formation of Taliban and their history, in this claim he has attempted to prove that Taliban were creation of Pakistan. According to him; had no link with Taliban. He further says that it is necessary that a fresh discussion is needed about Taliban and especially Pakistani Taliban. First of all this would be wrong that Taliban came into being due to American interference in . The truth is that Taliban are the product of 90’s civil war in which no other state except was involved. When in 1996 they established a govt. in there was no sign of in the region. Taliban became the target of American anger in 9/11 when Osama Bin Laden accepted the responsibility of destruction of WTO because Osama was under the shelter of Taliban. For attack over secured the international cooperation under the support of UN Security Council’s resolution number 1388 ISAF invaded . In this way this is also wrong to say that Taliban attack Pakistani cities as a reaction to US drone attacks and if drone attacks are stopped Taliban would end the war. Another bitter reality is that ’s defense establishment is happy with the drone attacks and presence of Taliban in Pakistani areas at the same time. Pak army has no complaint from over casualties in drone attacks but the fact is that is not ready to transfer drone technology to . 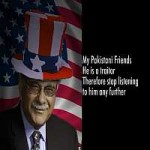 Mr. Najam Sethi in spite of being aware of facts and history you have attempted to seclude from formation of Taliban, civil war in and blamed for Islamic extremism in the area. What one could say except mourning on your open lies; otherwise reality is that the interference of USA in Afghanistan against Soviet Union practically started in 1974 when proud of Asia Zulifqar Ali Bhutto ordered the establishment of training camps in NWFP for training Afghan Islamists at the will of USA and through the students and teachers of Kabul University the foundation of armed Jihad was laid. Afterwards in order to control the activities of these resisting fighters and in order to access the warm waters through Gwadar Soviet forces invaded . Against this how raised the funds and recruited Mujahideen from all over the world in the name of Jihad; all the detail is preserved in the form of thousands of books in libraries of the world. Not only this in the newspapers and magazines of west also all this record is preserved. If Najam Sethi rejects all these based upon falsehood than he should read the ‘National Security Decision Directive (NSD)’ given by Ronald Regan in 1985 which is known as NSDD 166 and the goal of this decision is ‘Stepped up for Covert Military aid  to Mujahideen as well as support to religious indoctrination’. After this directive CIA started recruiting and training youth from Southern and and middle East for Jihad, use of modern weapons and Gorilla warfare. During this no one ever thought that what would be their future in case of defeat of Soviet forces who are not used anything except gun and than this happened. Soviet Union was forced to withdraw and contact for safety of their personnel. The leader of Pakistani nation at that time General Zia-ul-Haq conditioned the safe withdrawal of USSR forces that before leaving Afghanistan Soviet Union shall establish an interim govt. including all commanders of Mujahideen so that they can establish a government without fighting with one another but USA was not ready for this. US wanted to push towards civil war so that whoever wins the war could use that group for her damn plans and by supporting that group. For this USA used Junejo and Opposition parties; a round table conference of politicians was called in Islamabad who passed a resolution against stance of General Zia-ul-Haq giving free hand to USSR to leave Afghanistan without establishing any interim govt. which was afterwards turned into Geneva pact and this is also a bitter reality that deaths of Afghan public and those who survived entered into Pakistan as Mujahideen fueling the fire of civil war in Afghanistan converting the whole country into ruins. In this civil war apparently remained indifferent to civil war but in the form of Osama and other non-Afghan warriors US was in contact. Afterwards these agents were successfully utilized by CIA in against and transfer of Osama to was also on the will of . The proof of this is the long column of Robert Frisk published in Independent on 6 December 1993; the title reads as

‘The Saudi Businessman Who Recruited Mujahideen Now Uses them for Large-Scale Building Projects in Sudan’...

Email ThisBlogThis!Share to TwitterShare to FacebookShare to Pinterest
Labels: a response to Najam Sethi, Afghanistan, History of Afghan War, mutilation of history, reality if taliban, role of cia usa in afghan war, who are taliban