The Statement of Dr. Steve Regarding Osama and Suspicious Publication of “No Easy Day” 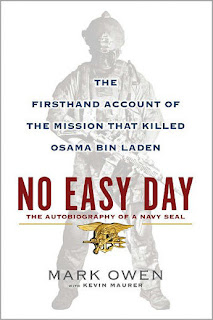 It seems the lawlessness, violent protests and bloodshed has become the necessity of US Presidential elections; both political parties of are considering the fire of war and terror inevitable for their success in elections and credibility. But why this blood thirsty policy of is only for Muslim countries?

Persuading Saddam Hussein for attack over Kuwait and than under cover of this attack the “First Gulf War”, afterwards accepting seize fire without arriving at the logical end of Iraq war, silence over genocide of Muslims in Kosovo and Bosnia for long time  and than attack over Yugoslavia on the planned time, in this way imposing second war over Iraq and its destruction, devastation of Libya or American lame excuses for Afghan war; if one considers all these wars one cannot get any satisfactory reason for all these attacks or wars. Look at the present situation, when the protest of Muslims over blasphemous movie against Holy Prophet Muhammad (ﷺ) is a natural reaction than why did White House kept silent and kept waiting for Muslims to get more violent in spite of banning this blasphemous satanic movie before its release. Here another question that is of utmost importance; while all American embassies or consulates spread over the world are enveloped by extreme security than how did Muslims succeed reaching to most of these embassies and setting them on fire? Especially not only the death of US ambassador in Libya in the hands of violent protestors just like as ruler of Muammar Gaddafi but the photography of the ambassador being murdered in the same way as Gaddafi is some mystery that needs to solved; the answer to this question is clearly explained in this statement of American Defense Minister Leon Panetta that ‘USA is thinking of deploying its forces in Islamic countries to control the violent protests’. 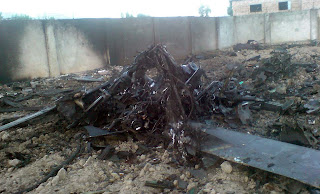 There is no doubt that fall of Soviet Union has proved to be dooms day for Muslims; about which famous British journalist and columnist Andrew Alexander is of the view that America is still continuously following the Cold War policy, only the enemy has been changed, while the US political and military centers established in Muslim countries under the name of protection against Soviet Union have now become active against their own hosts. It seems wants to demolish the peace of the whole world. 9/11 has a great role to play in this American plan of bloodshed. Not only this the disputed claims of govt. are also staggering. On the day of 11th September while addressing the families of those who became target of terrorism that ‘by murdering Osama world has become a safe place once again, the central leadership of Al-Qaeda has been killed and now has no threat from Al-Qaeda’. But two days ago Panetta has issued a statement that has threats of attacks from Al-Qaeda, as all Muslims protesting against info. terrorism are terrorists and members of Al-Qaeda in the eyes of terrorist Panetta. In spite of all this American officials are not able to answer the questions raised within in the about the planning of 9/11 by Osama, and his murder in satisfactory way.

The second astonishing fact is that all those who have raised questions mentioned do not belong to any Islamic country but from , and other western countries after which the doubt of Muslims and concerns about American plans and actions is natural. Look at the book “No Easy Day” recently published about the Osama Operation that how much differences are there in the claims of a marine who faced Osama and claims of establishment from 2 May 2011 to present day. Secondly why did marine feel the need to publish the book, just in order to prove that at the time of operation Osama was present in the building? Because Americans themselves are not ready that at the time of operation Osama was present in the building. According to official claims of establishment Osama tried to hide behind the women, a Kalashnikov was present near by, Osama was hit by bullets before he could reach that Kalashnikov. But the murderer of marine ‘Matt Bissonnette’ is telling us some different story. He writes; ‘Osama was alone in the room, Matt’s colleague fired bullets at Osama and Osama fell down, afterwards he himself fired two bullets at the head of the Osama, cleaned Osama’s face with the bed sheet which has become unidentifiable due to the blood. After cleaning Osama’s face he moved Osama’s face by holding through the beard to take the pictures of Al-Qaeda’s leader from different angles’. According to commando ‘there were no weapons or ammunition present in the room, however there were two unloaded AK-47 away from the Osama’s room in another room. It was necessary to get Osama identified, for this he went outside the room to bring someone living in the building to show him/her the face of Osama but a woman present there denied to go with him. However a girl verified that the person murdered in the operation was Osama’.

The reaction of Pentagon after the book has been published was astonishing, in this reaction on the one hand the most of the contents of the book were accepted to be true while on the other hand the anger was expressed claiming that book has revealed many secret information. Press Secretary of Pentagon George Little and Rear Admiral Sean Pybus told media that this book is dangerous for the Naval SEALS and their families, they claim that book openly reveals the Operational Tactic of Naval SEALS. The Press Secretary told the media that Pentagon will go to court for legal action against Matt Bissonnette who is eye witness of all the action in Abbottabad operation which he has fully explained in his book ‘No Easy Day’. However no legal action  has been taken against the author by Pentagon although 20 days have passed.

Here I would like to mention a beautiful coincidence; a book quoting many facts and real incidents ‘Men in Green Faces’ (this should be kept in mind that in Vietnam war American Naval SEALS painted their faces green during operations). The author of this book Genewentz angered Pentagon by publishing many of these operations in the book form being the eye witness of them. But no legal action has been ever taken against in spite of many statements issued by Pentagon. Is not this strange that American spy agencies were unaware of the editing and publishing of a book that reveals such sensitive secrets of American terrorist operations by trained American SEALS? Does not this prove that book has been published at the will of CIA and Pentagon? Although the critics will claim this as hypothesis but than they should answer that how such sensitive book by passed American secret agencies or are these agencies so much corrupt and weak? If this book has not been published at the beck and call of US Administration than why there is so much similarity between American claims while American officials have already accepted that the incidents quoted in the No Easy Day are true. Than look at the tactics to earn maximum fame for the book, it has been published with a fake author's name ‘Mark Owen’ that in order to protect himself Matt has  used his supposed name Mark Owen for publishing of the books and analysis. US print and electronic media (international industry of terrorism propaganda) is posing in such a way that the supposed name of Matt was inevitable because with the printing of the book he has received threatening mails and emails, while in the introduction both the real name and supposed names of the author are being told. The interesting analysis has been published in The Los Angeles Times which claims that Matt has earned same status as that Yamamoto the only eye witness of Hitler’s death by writing this book and No Easy Day has become an important document of world’s history.

Let’s come towards another important reaction over the book by an American official; this would clarify that why book is so important and why it was inevitable to publish it? Dr. Steve R. Pieczenik is an important official of civil and military American establishment; his marvelous services for are respected in US media as well as by govt. and opposition in US. He is retired Captain of US navy, has worked with President Nixon, President Ford and President Carter as Deputy Assistant of Secretary of State. The importance of this person who worked as Senior Policy Planner with Henry Kissinger can be imagined from this that Tom Clancy has represented him in his novels through the character Jack Ryan  while the famous actor of Hollywood Harrison takes it as pride to play his role as Dr. Steve in the movie Patriot Games released in 1992. When the book No Easy Day by Matt was published, Dr. Steve termed it as worst lie of history in his interview on ‘Alex Jones TV Show’, he claims that Osama has been murdered in 2001 and he is ready to prove his claim to be true in front of any US court. This should could be seen over the internet in which he is not only challenging the death of Osama but disclosing 9/11 as terrorist activity planned and executed by elements within administration. He says;
“He is prepared to testify in front of a grand jury, how a top General told him directly that 9/11 was a false flag inside job”.

Hopefully you have understood the reason and need of the hour behind the ‘No Easy Day’ whose 0.5 million copies have been sold since 5th September to today and even if now you do not believe that the Osama killed in 2nd May was not real Osama but hi dummy than it is up to YOU!

Written by Khalid Baig,
Published in Daily Nawa-i-Waqt,
Translated by Naveed Ahmad,
Date: 22 September 2012.
at 12:01 AM

Email ThisBlogThis!Share to TwitterShare to FacebookShare to Pinterest
Labels: abbottabad operation, history of US supported terrorism, Mark owen, Matt Bissonnette, NO EASY DAY, Osama bin laden, unrest in the world for US elections, US propaganda