Propaganda Against Military Leadership in Spite of Democracy in the Country??? 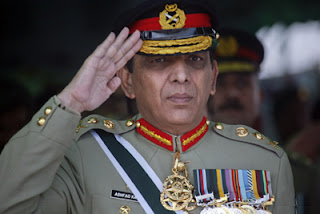 During the reign of Military General in spite of having the knowledge that army as a department or the Military Chain of Command has nothing to do with the political interests of its Commander; the propaganda and criticism of few self-proclaimed intellectuals or journalists against military,y collectively is something beyond understanding. Majority of these intellectuals or journalists are habitual of criticizing national security agencies not due to their love for democracy but because of the dollars they receive from abroad for their anti-Pakistan propaganda. They have neither felt any need to criticize the attitude of politicians taking democracy not as  a mean to serve the public but to steal the national assets, the poor administrative control and corruption during democratic govt. has nothing to do with these so-called intellectuals; nor do they dare to disclose the factors that force the Military Leader to impose Martial Law. They will never discuss that how these factors that end in martial law could be tackled, but their only goal is to decrease if not demolish the love and respect for armed forces present within the Public. Whenever there is democracy in the country and nation is enjoying its fruits, the representatives of public are in the assemblies no matter the dispersion, lawlessness and corruption created and supported by these politicians crushing the nation but these intellectuals will only criticize army.

Same like situation is prevailing now a days in the country, corruption is sucking the blood out of society as a cancer and no one is ready to listen against this democratic corruption. The stealing of the national treasures and assets is at its peak, the artificial crises of energy has forced the motherland towards darkness, kidnapping for ransom has become the lucrative business supervised by selected representatives of public, the adulteration is on its peak that pulses are costlier than pulses’ floor. People are feeding chemical to their children as milk, load shedding has paralyzed the economy; Sheikh Rasheed says that army is sleeping but a selective part of the journalists is busy in blaming army for all these gifts of democracy. Some are busy in criticizing army in the name of war on terror, the recent example is the column of Khaled Ahmad, “General Kiyani’s War” published on 25 August, 2012. In this column in spite of presence of democracy in the country, army has been criticized for arrest and release of American terrorist Raymond Davis, Abbottabad Operation, NATO attack over Salala Check post, Cutting and resuming of NATO supply line, and Memo Gate Scandal all has been posed as defeat of army and General Kiyani has been blamed for all this. Moreover the writer of the column has criticized the address of General Kiyani of 14th August in the PMA Kakul Academy in order to misguide international community that undercover army is in power in the country.

While the elected govt. is about to complete its tenure, the elected representatives of govt. and opposition both acknowledge that the decision, army has made under the leadership of General Kiyani during last elections to stay away from politics has been fulfilled and army is strictly acting over this policy of not interfering into the political system. In the worst times of sectarian killings and gang wars, army has provided chance to the politicians to tackle the situation and set their own policies. If military has limited itself than how it is possible that army interferes in the foreign matters and elected govt. remains silent over it?

As long as the discussion against war on terror is concerned this has become obsolete and unimportant now. The targets of terrorists are not Americans or American agencies but Pakistanis and Pakistani security agencies. The military installations responsible for national defense, security agencies ensuring the safety of the motherland, innocent children, women, elderly people in the markets are the target of these foreign funded but locally supported terrorists. Is not this the war against Pakistan? There is no doubt that these terrorists targeting national assets and defense installation are mostly Pakistani citizens but no one ever dares to investigate the hands behind them, providing them weapons, gorilla training, brainwashing them to utilize them to destabilize and weaken defense line of Pakistan. You may call them terrorists or Taliban this does not have any value but the most important question is why these so-called terrorists who are labeled as Islamic extremists do not target pubs, dance parties and other such gatherings or buildings? Why their only target are the defense installations that provide defense to the nation against any foreign invasion especially from India and now from Western invaders as well present in Afghanistan. Whether it is Kamra or Mehran airbase why the airplanes that provide superiority to PAF against India were the target? What was the link with these terrorists from TTP and Indian Air-force afraid of PAF’s capabilities? What is the link between these terrorist destroying physical assets of national defense and these self-proclaimed intellectuals targeting the prestige and morale of the soldiers responsible for defense of motherland? Does anyone have answer to these burning questions?

Had anyone ever thought that why India has not become target of a suicide bomber (Indian Generals might decide to end this monopoly of Pakistan of suicide attacks after reading these lines) in the last 40 years while India is always blaming Pakistan for supporting and cultivating terrorism. The situation in Pakistan is that thousands have become target of suicide bombers and terrorists and still Pakistan is blamed for terrorism? Is not this an open war against Pakistan with the wagers of war clearly identifiable as well? Critics claim that terrorism within Pakistan is the reaction of Pakistan’s foreign policy towards Afghanistan than will these critics explain American attacks over Iraq and Libya after devastating Afghanistan? Were they also affected by Pakistan’s policy for Afghanistan? Is not this the bitter reality that America and its western allies are determined to destroy each and every country that becomes a hurdle in their imperialistic plans? After Iraq and Libya next target is Syria. Iraq was destroyed for  allegedly having the weapons of mass destruction but when this allegation proved to be fake and western pirates could not find any evidence they justified their massacre of millions of Iraqi's in the name of removing a dictator. Now this drama is being staged into Libya and Syria. But Arab monarchies are invisible to these western pirates and our intellectuals as well.

Khalid Ahmad has claimed arrest and release of Raymond Davis as a wrong decision by General Kyani but he did not explain that why and how a foreign agent and soldier of USA was present in Pakistan on the diplomatic visa? Not only Raymond Davis, God knows how many American agents are present in the country under cover of being diplomats and cultivating terrorism. Why did not Khalid Ahmad discuss their (American/CIA terrorists) arrival into Pakistan, how did they get visas, what are their activities in Pakistan? Will he ever dare to question that how a foreign soldier and CIA agent got visa from Pakistani embassy in USA without clearance from ISI? When ISI tried to check the activities of these American disguised terrorists as American ambassadors than the result was the murder of two Pakistanis by an American terrorist in Lahore on the public place. The arrest of Raymond Davis unveiled American agents operating in the Pakistan and USA has to face defamation over the international level which forced USA to pull its agents out of Pakistan. 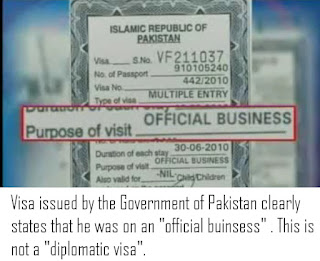 Army and its leadership is criticized but no one points out the flaws and loop holes in the judicial system of the country which is limited only to Constitutional explanations and political disputes in spite of punishing culprits or providing justice to the public. The acquitting of an alleged culprit in Faisalabad for attacks over secret agencies due to lack of direct sufficient evidence is the recent example of loop holes present in the legal system. There is no law for investigations and punishments of terrorists while our parliament does not feel any need to pass any law that could be used against terrorists (however bills providing relief to corrupt politicians are passed within few minutes). And now the sectarian disputes and killings has also become a challenge to the motherland but no one dares to address these issues not even our intellectuals and journalists pouring their poisonous propaganda into the ears of the nation through their talk-shows. No one is concerned about these killings, no matter one dies from which side both killed are Pakistanis.

In the way General Kiyani pointed out the increasing restlessness and extremism in the minds of public, was appreciated by all Pakistanis but the real problem is that whether it is terrorism or sectarianism both are threatening the integrity of Pakistan. It is not the duty of only army to tackle this situation but whole nation will have to unite against it to safeguard the freedom. Army cannot win this internal war imposed by enemies of our sovereignty without the collective support from the nation. The need of the hour is that whether it is sectarianism, target killing, gang wars of Karachi, kidnappings in Baluchistan nation should be united against all these threats to national independence considering them as war. Pakistan is facing a war; we not only have to defend our freedom by winning this war and defeating the hidden hands of enemies behind it but also safeguard the future of our upcoming generations. But this is only possible when our gurus sitting in the talk-shows will stop propaganda against our own security agencies and guide the nation in the correct direction. When they will inform the nation that when the greedy persons present within us can sell meat of sick and dead donkeys/dogs than why cannot they murder their own countrymen in the name of terrorism and sectarianism for dollars provided by enemies of the motherland? It is inevitable to remove and punish these elements; why only them, from Karachi to Northern Waziristan whoever threatens the national interested shall be neutralized…