After Kashmir Singh, Gopaal Daas, Surjeet Singh Who is Next?

After confession of Surjeet Singh that he was employee of Indian army and was sent over a mission to Pakistan, India is facing hard time over diplomatic level. In order to tackle this situation India has started beating the old triumphant of Mumbai Drama again, demanding that culprits should be handed over to India, moreover India has directly accused Pakistan for attacks over Mumbai. On the other hand the confession of Surjeet Singh has been rejected. 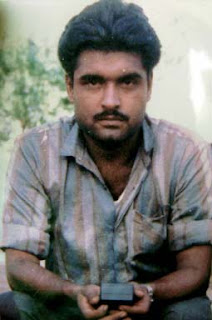 Still the process of ending the death sentence of Surabjeet Singh and his release is going on. Many unseen forces are busy  for the release of another convicted Indian terrorist. Including Ansaar Barni trust many other NGO’s working for foreign interests are leaving no stone unturned to send another murderer of innocent Pakistanis but the biggest hurdle in his release is the death sentence awarded by the higher courts of Pakistan. So-called democratic government of Pakistan has also tried to end his sentence by the Presidential plea but the fierce public reaction has forced them to post pone this treacherous act. However one day Pakistani nation will see that in the name of improvement of relations with India another convicted Indian terrorist, murderer of dozens of Pakistanis has been released and will enter into India through Wahga border with due respect. The health of these terrorists and treatment of Pakistani jailors could be easily understood by the pictures and videos of Kashmir Singh, Gopaal Daas, and Surjeet Singh. Surjeet Singh has also disclosed in his press conference that how jail turns to be second home for these terrorists. After confession of Surjeet singh for  being Indian spy and terrorist the name of Kishorilaal Sharma is of much importance. He has written a book over his achievement in Pakistan, his days of imprisonment in Pakistan etc. India is using his story as a propaganda against Pakistan. This book of Kishorilaal is the biggest proof that India is not only interfering into the internal affairs of Pakistan but also involved in terrorism. In the book of Kishorilaal the Indian plan to spread linguistic, provincial disputes and injecting the same thing in Pakistan army has been discussed which shows that India could go to any limits to weaken Pakistan. The name of this book containing the venom of propaganda against Pakistan is,
“My Year in Pakistani Prison”
The introductory sentence of book is,
“The Untold Story of Kishorilaal Alias Amrik Singh Alias Saleem, an Indian spy in Pakistan”.

Here I would also like to mention a website over internet which claims to be run by Baloch but the majority of words used over this website are neither spoken anywhere in Baluchistan nor in Pakistan. For example an active author of the website writing against Pakistan and Punjab writes his name as Doctor UMAR DARAJ, of course he writes his name as Umar DARAZ but just like many Indians andn Kishorilaal he cannot write Khudgherz as well. One may call it just a coincidence that Kishorilaal was also released by the govt. of PPP in 1974, and after 34 years in 2008 he arranged his memories and wrote up a book in a time when propaganda against Pakistan is on its peak.

One may have seen the poor condition of Pakistani prisoners returning from India, Dr. Chishti returned back to motherland over wheel chair while another was brought back over stretcher. There are dowzens of such prisoners who at the time of return from India were not in their senses due to barbaric torture by state terrorists of Brahman state. They neither remember anything about themselves nor about their family. One of these prisoners was such a person who should have been released after Simla accord when a deal between Pakistan and India was signed for release and exchange of Prisoners of War. But India wanted to break down the courage of a Pakistani soldier ‘Sipahee Maqbool Hussein’ arrested during operation Gibraltar in 1965. During the exchange of PoWs in 1965 he was not released. The only crime of Sipahee Maqbool Hussein was that in spite of all the torture of Indian army he was not ready to speak a word about Pakistan army. However when Indian soldiers crossed limits of torture he used to raise only one slogan i.e. Long Live Pakistan. This made them crazy and they tortured him brutally. Now Indian soldiers wanted to hear ‘Long Live India’ from his mouth but they could not get anything from Sipahee Maqbool Hussein except LONG LIVE Pakistan. At last the limit of Indian commandoes came to an end and they gave Sipahee Maqbool Hussein last chance to say Long Live India, but when they heard Long Live Pakistan they cut down his tongue and this critical condition he was put in jail without any medical aid. On the other day the walls of the prison were read with the blood of Sipahee Maqbool Hussein and there was only thing written over the walls; LONG LIVE Pakistan. Indians broke and cut down his fingers, and tortured him till he lost his mental balance. He is mad now. But he has not forgotten to write Pakistan with his broken fingers. At least in 2007 Indian handed him to Pakistan at Wahga border without disclosing his identity.


Sipahee Maqbool Hussein just keeps on writing with his broken fingers Pakistan ZINDABAD, Long live Pakistan. This is a long story that how he was identified and how he returned to his village. But how he kept the name of Pakistan high even in the torture cells of Hindu Brahman this is a guiding light for Pakistanis that in spite of being mad he is Sipahee or soldier of Pakistan. On the other hand there are Indian terrorists and spies who convert to Islam just to get released; Kashmir Singh had also converted to Islam and was named as Abdullah. Surabjeet Singh has also staged the drama of conversion to Islam and is about to get released. Just wait and see…