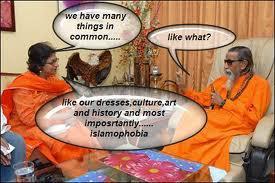 Why would army assassinate Asma Jahangir? This question  is asked by majority after watching the Emergency Press Conference called by Asma Jahangir. Because this is the first time in  the history of Pakistan that a prominent citizen and lawyer of country has accused higher leadership of Pak-Army for planning her assassination. But in the light of concerns or arguments she could not satisfy public for the truthfulness of her claims/allegations.

Ex-President of Supreme Court Bar, World champion of Women’s rights (this is another thing that no women have ever got her rights through her help), Iron lady of Pakistan, Blue eyed Child of India announced an emergency Press Conference on the eve of 5 June, journalists were waiting for this since morning. In a very emotional way Asma Jahangir said, “A conspiracy to assassinate me has been prepared” (she said this like making an announcement for some big achievement). Asma further said, “the plan to murder me has not been prepared by non-state actors (religious extremists/terrorists) but by the state security agencies and their higher officials”. Asma Jahangir in advance laid responsibility over security agencies in case of her murder, moreover she announced that she is not going to leave country due to being afraid. However surprisingly she again repeated all those things she had said to journalists during hearings of Memo Gate Scandal Case of Hussein Haqqani that the future of country is to be decided by public not by Generals of army. But this time she mentioned 17 judges along with Generals of army, moreover she demanded that extensions to Generals, Judges and Parliamentarians should not be granted anymore. She also had objection over the deployment of Agency Head as Chief of army (pointing towards General Kiyani who was Chief ISI).

Although Asma Jahangir has announced the press conference as Emergency and sudden but one day before on the night of 4 June in the Talk Shows with Kashif Abbas and Najam Sethi she had exressed her claims and allegations more clearly. In her talk show with Najam Sethi she accused clearly Higher Officials of Army for planning her assassination and repeatedly mentioned some very important person who informed her about this plan. Astonishingly neither Najam Sethi nor Kashif Abbas inquired about the person who informed her of plan of her murder. However Najam Sethi at least said this to encourage Asma Jahangir that they will see that who touches her.

Asma Jahangir belongs to that group of Pakistani society who are self proclaimed as PROGRESSIVE and also very inclined towards socialism/atheism. But what type of atheism is that which has made so much near to Hinduism and Hindus that they are ready to go any extent to protect interests of India? Neither being progressive is not a sin nor we have any right anyone’s personal beliefs but when this group expressing hatred towards own religious values, goes to the Wahga border on every Diwali holding lamps in their hands and returns back with Tilak on their foreheads dancing in happiness than every Pakistani has a right to ask that what does this hatred to Islam and love towards Hinduism mean (Why they do not convert to Hinduism)? Same group had been against security agencies since birth of Pakistan. They claim that reason behind this hatred are the martial laws imposed by Generals. Does this give them any right to join India for conspiracies against Pakistan in the name of keeping army away from power/interference in govt.? in the country there are many politicians and notables (Like Nawabzada Nasrullah) who were sent to prisons for  being against dictators but neither they joined Indian conspiracies nor used their disputes with Indian for cheap fame.

From the last four and half years Pakistan army is completely separate from politics. In spite of grave concerns of public, poor situation of peace and deteriorating law and order army has not intervened into politics, even from foreign policy, NATO supply to relations with USA all has been left over Parliament by army. In such situation why did Asma Jahangir found it necessary to lay such grave lame accuses over Pakistan army? If Asma feels afraid due to her criticism against Army than Dr. Ayesha Siddiqa should have laid such accuses against army as she wrote a book “Military Incorporate” just to defame Pakistan army and practically attempted to damage the credibility of army by writing columns against army. She had left no stone unturned and spared no channel of communication to fulfill her duty against Pakistan army for which she got paid. Such an accuse has not been claimed even by Ahmad Rasheed who claimed that Pakistan  army is responsible for poor situation of peace and increasing extremism in South-Asia. Many journalists who are selling their beliefs for dollars and writing against army to earn dollars for their costly life style have never claimed that army wants to remove them or murder them, then why only Asma Jahangir?

This question can be only answered by Asma Jahangir that why would army like to murder her? By accusing Army and ISI she had created ease for anti-Pakistan and anti-ISI forces and agencies that in order to create difficulties for Pakistan internationally they murder or assassinate Asma Jahangir (Asma Jahangir has no concern with problems of Pakistan due to her Indian heart but she should have at least cared for her own life). Terrorists active in the country targeting military installations and security personnel can also remover Mrs. Asma for creating trouble for army. If in spite of all such threats she has accused Pakistan army for such a grave planning than the  disclosure of purposes behind this allegation is necessary not only for country but for the credibility of army as well. First the source of her information should be made public which informed Ms. Asma Jahangir that army has planned to remove her. Than this “Source” should disclose that when, where and who prepared this plan?

If an experienced lawyer like Asma is not ready to disclose the source than what should Pakistani think that she accused Pakistan army just to earn cheap fame or please her Indian bosses? No, not at all at least for fame, what else fame can she earn what she already have. Does this all media trial of Pakistan army and Press Conference has anything to do with the scandal about Chief Justice Iftikhar Muhammad Chauhdary’s son which was disclosed one day before, so that army could be kept busy in allegations of Asma and army could be adhered from helping Supreme Court in any way?

Because on the night of 3 June a TV camera interview titled,
“Chief Justice Iftikhar Chauhdary Family Gate Scandal Trap Story Disclosed by Shaheen Sehbai”
was uploaded to youtube by ‘Washington Beat’. In this interview Dr. Manzar Ijaz is the anchor/host. If you look at the interview it seems that this program WASHINGTON BEAT was just arranged to disclose this scandal. In this way such a big scandal which has been disclosed before time and has lost its affect, this has of course hurt Asma Jahangir. Because due to the disclosure of the scandal all those  benefits that could have been achieved by keeping secret now could not be achieved. Like her other colleagues Asma Jahangir is not happy with the Chief Justice and free working of judiciary. In the press conference on 5 June she has expressed her hatred against 17 Judges along with the Generals. After this the importance of Asma Jahangir’s propaganda and allegations is further strengthened, Chief Justice should take suo-motto action over Asma Jahangir’s Press conference as well. Nation should be told about the secret/covert conspiracies behind allegations over Pakistan army. If the allegations of Asma are true than culprits shall be punished…