As soon as the defeat of Soviet Union was predictable in the in 1984, American Neo-cons started planning keep their weapon industry running for existence of their. The system for which west has made its population afraid and got blank chit for COLD WAR, after defeat of the end of Marxism and Socialism was expected in two to four years, so it was necessary to invent alternative for it. This alternative was needed to prolong control of multinational companies and big-investors over the American house of representatives and western democratic system. This alternative has to be used to keep public under constant fear to avoid any possible struggle within public against disguised DICTATORSHIP.

There were only Islam and Muslims which could be portrayed as extremely terrific enemy to achieve damn goals of Neo-Cons but also to capture resources of Islamic resources. The only problem was that during the long cold war majority of Muslims had supported west against . Now in order to portray these Muslims as enemies it was necessary to provide solid reasons acceptable for western people and most important was the reaction of Muslims that had to be according to the plan. 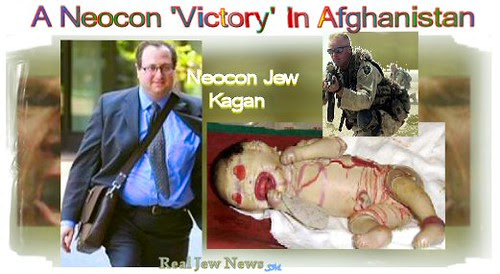 Israeli barbarism in which could had been used to spoil the emotions of Muslims of the whole world, and if during this state terrorism supported Israeli than many emotional Muslims would be ready to fight against till death. When these emotions would be suppressed by the local governments the more irritated feelings would have emerged thus providing further support for Satanic American aims. In order to create such an environment American think-tanks were given the target to complete paper work over it. Moreover western media was given the target to arrange discussions in such a way to prove Islam as an extremist religion.

After this with the support of increased state terrorism in (still going on with Uncle Sam’s terrorist support and plans). The reaction over these crimes against humanity by Muslims over international level was natural outcome. This reaction was termed as Extremism of Muslim by western terrorist media. In sub-continent was already busy in butchery of Kashmiri people and terming freedom fighters as Islamic extremists. So now the propaganda against Muslims by Brahman was now also supported by western dictators (Neo-Cons) and their controlled media. During this time a think tank under supervision of ‘Bernard Lewis’ prepared a paper of NEW WORLD ORDER and handed it over to Reagan, President of USA (United Satanic Alliance). This was announced by US President as new American policy and new strategy for foreign affairs. The summary of this paper was only one point that now the USA is the only super-power of the world and anyone having disagreement with American policies is the enemy of America.

In order to explain New World Order, Bernard Lewis wrote a long essay/article in The Atlantic Monthly titled as ‘The Roots of Muslims Rage’ in September 1990. In this essay he tried to convince people that how the Islam and Islamic values could be a threat to the democratic system (western people should have learnt the reality of their democratic system during their recent protests against capitalism) of west and western civilization. After this essay got published discussions started over it. Thesis were written in universities over this propaganda. The topic was same; the clash of Islam in future with Western Civilization. Samuel P. Huntington delivered a lecture over the above topic in 1992 at American Enterprise Institute. This was actively recognized, so in 1993 he published a complete book; The Clash of Civilization. As soon as the book arrived into market, sleeping Muslims got jolted. Those so-called enlightened and progressive elements within Muslims took this book as heavenly and started cursing Muslims, “we had told you before that Islam had spread through the sword. Muslims shall give up thoughts of implementing Islamic ideology and Jihad to give a friendship gesture to West, so that clash could be avoided”. Although wide spread protests within Islamic world and those Muslims who were studying in West (except in as our politicians were busy in conspiracies against each other to gain power), generally the disappointment and coldness in the links with West increased in  the Muslim world.

In and , non-Muslim scholars also wrote against the book declaring it as part of blue-print of  American New World Order. On 2 August 1990 the attempt by Iraqi military to capture was claimed as American conspiracy, the questions were raised that if has attacked along with her allies to punish than why did accepted truce without removing Saddam from power/govt.? Just because disputes had emerged between allies over the division of Iraqi resources? Or the Muslims had not properly prepared for clash of civilizations against West? Many analysts wrote that defeat of Saddam would have been known as defeat of a dictator and in  this way the justification behind attack over other Muslim countries would have been died, while neo-cons wanted to portray Muslims as a terrific and dangerous enemy in front of their public who were capable of destroying western civilization and cities, an enemy which was extremely morals free society, against free-sex society and mostly against the so-called democratic system of west.

In order to increase and support the morale of Muslims, neo-cons adopted a new strategy with the help of their master minds of their media. In 1981 a forecasts in was in Italian language was translated and recorded in English as THE MAN WHO SAW TOMORROW in 1994 and was spread in the whole world consisting of a documentary 90 minutes. If one may recall from laborer to Professors of universities whoever had watched this documentary should have believed that time is not far when Europe and will be under the control of Muslims, because this documentary was recorded in such an impressive way. As per the hopes of neo-cons this documentary yielded results as warranted by neo-cons both in Islamic world and west. In the documentary the destruction of two high rising buildings in due to the clash with the birds was mentioned along with a brave Muslim General having Arab like scarf over his head. He destroys western powers with a missile like weapons in his hands. The picturization was such that Saddam Hussein was portrayed as this character of documentary. After this in the way the crash of two aero-planes with the twin towers of WTO was planned, the term Al-Qaeda was used for Osama and his colleagues blamed for terrorism of 9/11 and was run over by these crusaders under their lame excuses. Afterwards the destruction of under cover of fake allegations of having weapons of mass destruction, after this it was ’s turn. According to the unbiased analysts of west as USA has accepted that the weapons of mass destruction never existed in Iraq and all the reports were fabricated based upon falsehood, in the same way in the near future this would be disclosed as well that 9/11 was also fabricated and the purpose behind attack over Libya was to capture and steal gold and Libyan resources. 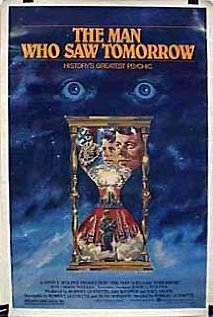 In the way today USA is supporting and exciting India against Pakistan, ignoring Pakistan’s sacrifices of Pakistan in so-called American war on terror Pakistan is being threatened, in spite of apologizing the deaths of innocents in drone attacks further attacks are being threatened by USA. In  dispersion and anti-govt. sentiments are being ignited through drone attacks so that a military attack could be justified so that presence of ground forces could be ensured near borders of Kingdom of Saudi Arabia. The end of govt. of Asad in is not far. The environment against is being prepared as well through media trial and propaganda. All these imperialist plans and state terrorism is being conducted somewhere under cover of extremism while in other places under cover of support to Muslims in the clutches of dictatorship. The actual is same what had been clearly explained in  the writings of Samuel P. Huntington or Bernard Lewis. These wars are neither against terrorism not against dictators (how a dictator could fight against another dictator). No matter if this hurts so called Muslim elements known as enlightened or moderate or progressive, the bitter reality is that is at war against Islam not against self created terrorism.