The tragedy of Siachen and Insensibility of Our Politicians..! 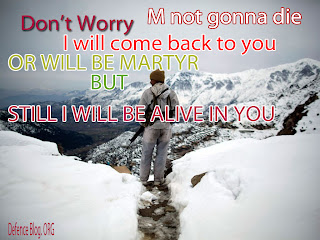 On 7th April when news broke that at the altitude of 6000 meters the Head Quarter of Battalion Head Quarter was buried under an avalanche of about 1 km wide and 25 meter thick. At that time President of Pakistan, Asif Ali Zardari was preparing for private visit to . This should be kept in mind that schedule for his visit to was disclosed by an Indian newspaper on 2nd April. This shows that many issues were preplanned. But the news of the avalanche in which 135 soldiers of Pakistan army were buried alive under the snow on the world’s highest battle field, were so much serious that after it the planned visit of President of Pakistan was not only painful for soldiers but the cause of shame for the nation as well.

On such a big tragedy President of Pakistan should have postponed his visit to and have visited the place of this tragic incident along with his Cabinet and media team, where Army Chief General Kiyani was already present. In this way on the one hand this would have encouraged the families of those buried under snow, relief workers, and from down to the highest rank of army would have been encouraged that not only Army Chief but the leader of their country is also standing beside them. On the other hand this would have clarified the reason behind the presence of army over the world’s highest battlefront. This would have also made it clear to the that how much important is and Pakistani army for President of Pakistan. Obviously this would pressurize for solution of the Siachen dispute. In 1984 illegally captured Siachen posts and in order to tackle and neutralize Indian aggression was forced to send his troops to world’s highest battlefront in spite of shortage of resources.

But this is bitter reality that for Pakistani President his private visit (pilgrimage) to and indulging in oral war with his political rivals was more important. The result was clear; on the second day when President arrived in along with his 40 member delegation, all the TV Channels gave coverage to his visit ignoring those soldiers and defenders of motherland buried alive under snow. These channels kept busy in covering the activities of President and his son in .   Few analysts over these TV channels tried to pose that President’s visit to is an act of great of virtue for the nation, as when he will return back the solutions for all disputes including to drying of Pakistani rivers will be in his pocket. With the passage of time not the pro-Indian media masters but the nation having expectations from Zaradari’s visit will realize that just like past once again India benefited from this visit while for Pakistan President of Pakistan returned back empty handed. Perhaps our rulers/politicians may get some individual facilities from and this would be never disclose to the nation like ever.

Because this is not the first time when our politicians/leaders have sacrificed Pakistani interest for . For example handing over the lists of Sikh freedom fighters, at this time our female Prime Minister had to confess in the parliament that if she had not helped that this would have been difficult for to maintain its geographical presence. On the other hand even if Sikh have not succeeded on getting their Khalistan in Indian Punjab, they would have weakened India so much that for India this would not have been possible to maintain 700,000 personnel of armed forces in Indian Held Kashmir and continue the process of genocide of innocent Kashmiri people. also would not have been in a position to stop the water of Pakistani rivers and dare to work on her satanic plans of converting fertile lands of into barren land. Now if Pakistani think for a moment they will realize that those who handed over lists of Sikh freedom fighters might have got individual benefits from India but what Pakistan got as reward is terrorism, armed interference in Baluchistan, gang rape of Kashmiri women as state policy in the hands of State terrorists of India, shortage of water for crops, and economical crisis due to shortage of electricity.

Such like situation was repeated on 25 August 1989, when a passenger airplane of PIA was airborne from Gilgit having 55 persons. Due to mistake this plane entered into Indian Held Kashmir and Indian state terrorists/soldiers in spite of being aware that this was a passenger plane shot it down. When these news reached in , Rajeev Gandhi requested his Pakistani counterpart of that time to tackle this situation and save SOFT IMAGE of for killing 55 innocent passengers. This was accepted by Pakistani govt. and nation and the families of these passengers were told that the plane has been lost due to bad weather and would be recovered soon. In spite of passage of 23 years this plane could not be recovered yet and will never be. In this way the passenger airplane of PIA became target of so-called mother of democracy and friendly relations between rulers of both country. What got for this? This answer could be only raised by most intelligent anchor-persons of , otherwise how could a common Pakistani dare to ask these politicians?

However in spite of personal interests and deals of our leaders/politicians with their Indian counterparts nation now demands that the dispute of Siachen shall be strongly raised with . If agrees to solve this issue than Ok, otherwise all the trade deals and friendship left for just politicians, as these deals have always benefited few families, individuals not the nation. As long as insensibility of our political elite is concerned over the tragedy of Siachen, this is not the first time, in the history when they have dared to show their solidarity with the soldiers fighting against terrorists in tribal areas or Swat operation? In spite of all this nation salutes those who gave up their lives for the defense of motherland, for the sake of dignity of the nation, for the sake of Islam, because due to their sacrifices our freedom and most importantly the rule of political elite is still present.

The painful aspect is that on such a tragedy neither there have been any strike, closure of institutions, declaring of black/mourning day, nor any party has dared to express their solidarity with the martyrs…

The great soldier of Pakistan army are doing their best to reach their brethren buried under snow in such a bad weather condition when relief teams from different countries are not able to reach on the spot, these sons of the nation have dug up 450 meters long trench to reach the Head Quarter. Hopefully we will soon hear good news InshAllah…!