There cannot be a bigger insult to a country and its citizens in present developed era that due to natural disaster while the affected persons are in the clutches of grief due to deaths of their loved ones, and in such situation a so called friendly country injects her terrorists and trained commandoes under cover of relief activities. Yes, such a heinous crime has been done by so called representative of democracy, most just and powerful country of the world (United Satanic Alliance) after earthquake of 2005 in .

In a recently published book “The Command Deep Inside the President’s Secret Army” this has been disclosed that in the name of relief activities after 2005 earthquake sent hundreds of her spies into . They were given target to establish links with militants within and also to access nuclear installations of . Most disgusting factor is that the country worried about the human rights violations (because army has been successful in crushing US supported terrorists) and expressing concerns over public protest against restoration of NATO supply via Pakistan, has not felt any need to apologize or be ashamed over the news of US spies supporting terrorists in Pakistan. Moreover this Pakistani TV channels always busy in fulfilling their duties of promoting Indian culture and targeting army and ISI if they could not find any other way to push nation towards pessimism are also silent over such a heinous disclosure. Disclosure of this American conspiracy (which in plan words is state terrorism) was published by Nawa-i-Waqt on 15 February.

The extreme is that pro-Indian and media inclined towards Europe has paralyzed common men in such a way through their propaganda in such a way that people are avoiding participation in rallies against NATO supplies and rejecting clear stance of Nazria-e-Pakistan Trust over that they may be termed as Islamists or extremists. Difa-e-Pakistan Conference (Defense of Pakistan) is forwarding the stand of govt. of which was taken by govt. after attacks over Salala Check Post by NATO forces. Pakistani leadership has promised with nation that not only the Shamsi Air base will be evacuated, not supply will not be restored and drones will be shot down as well. But few days ago ambassador has revealed that supply to NATO is going on through air. After this in his address to students of Boston University he said that Pak-America relations were intense due to incident of Raymond Davis and were further spoiled by Abbotabad which is being considered as insult by Pak-Army, afterwards attacks over Salala Check post has played an important role in deteriorating ties but in spite of all this Pakistani Politicians does not want that USA withdraws from Pakistan. 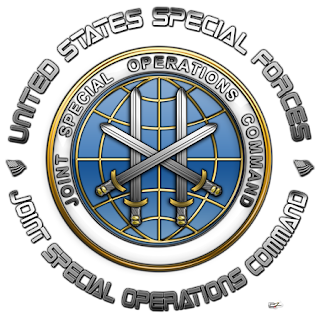 Whether this is will of being enslaved or irony of fate that on 16 February when US spokesperson expressed concerns over Defense of Pakistan Conferences and asked Pakistan to fulfill its diplomatic liabilities (What diplomatic rules for American State terrorists?), no one has dared to ask her that on the same day under what Charter of UNO, USA was allowed to murder 22 Pakistanis through aerial terrorism with drones? Under what diplomatic rules infiltrated her terrorists and spies disguised as relief workers in a country destroyed by earthquake and floods?

Whether this is the recent resolution of America about Baluchistan, concerns over defense of Pakistan conferences if we look at them after linking with address of Cameroon Mentor in Boston it seems that Pakistani political leadership has no objection over the terrorism of Raymond Davis or other US state terrorist agencies like CIA, moreover our political leadership is neither concerned about US statements interfering sovereignty of Pakistan nor over drone attacks they just want to be in power either under US control or work as subordinates to India. This behavior of our politicians has encouraged analysts, journalists, intellectuals and TV anchors singing the chorus of AMAN KI ASHA to target security agencies. On this in the way the hidden wish of Satani Alliance i.e. has been expressed in the resolution about Baluchistan that “Baluchistan had never been part of historically (what about the 37 enslaved and captured states of , had the present ever been inhabitants of historically? No they were Red Indians who became target of civilized terrorism of ). Pakistan is denying basic rights of Baloch, Baloch are being target of race and political discrimination. Baloch are being murdered prejudicially. So the right of Baloch for freedom should be accepted”. In this resolution govt. has been criticized that American weapons are being used against Baloch. This has also provided a base for traitors following AMAN KI ASHA to criticize security agencies fighting against terrorists supported by masters of these media personnel. If we look at all this with open eyes this is clear that what are the elements behind unrest and genocide of Baloch people in .

Here I would like to include few documents brought forward by WikiLeaks, one of them is about Baluchistan while the other one is about opinion of about ISI. This will help to understand the purpose behind resolution about Baluchistan based upon dual standards on the one hand and on the other hand this will also help to understand the reasons behind media trial of ISI and Secret agencies of which is going on since last two weeks regarding case of missing persons. This propaganda of our media (unfortunately we have to say it OUR) will not only destroy morale of these security agencies but if their performance is effected this will have negative impact on stability of as well. Perhaps anchors criticizing these security agencies for dollars are not concerned about .

On 8 December 2010 WikiLeaks disclosed in gates of American diplomats that Indian army and establishment are involved in terrorist activities in Baluchistan and . There clear evidence available. According to this disclosure had got aware that is involved in terrorism in Baluchistan via BrahamDagh Bugti and other Baloch insurgents under protection of in . In this regard in February 2010 in a meeting with Afghan counterpart Rehman Malik handed over the list of wanted persons in the presence of Chief of FBI Robert Muller, moreover Afghan interior minister was also informed that these terrorists are involved in terrorist activities from with the support of . Here I would like to mention the report of Khalid H. Lodhi published on 16 February 2012 in Nawa-i-Waqt in which this has been said clearly that is not only funding such terrorist elements of Baluchistan but also issuing them passports, tickets etc for visits to , and other European countries. Under the supervision of RAW Baloch insurgents were given admissions to educational institutions in where in order to brain wash these people misleading theories of Greater Baluchistan are being injected into their brains. Special seminars to misguide Baloch youth and create hatred in them against Pak-Army and ISI are responsibility of these funded elements.

In this way on 25 April 2011 British Newspaper The Guardian published a report against ISI on the basis of documents brought forward by WikiLeaks, the newspaper writes, “ authorities describe the main Pakistani intelligence service as a terrorist organization in secret files obtained by the Guardian.
Recommendations to interrogators at   rank the Inter-Services Intelligence Directorate (ISI) alongside al-Qaida, Hamas and Hezbollah in as threats. Being linked to any of these groups is an indication of terrorist or insurgent activity, the documents say”.
Although US Foreign Minister condemned WikiLeaks after publishing of report but avoided either supporting or denying the reports, however Hilary tried to change the topic by expressing annoyance with ISI for links with Haqqani Network (She does not like anyone else established links with CIA terrorists).

Now look at a paragraph taken from the book “The Command Deep Inside the President’s Secret Army ” written by ex-Paratrooper of American JSOC D. B. Grady and Marc Ambinder, this will clear that what type of enemies has to face. All this is alone being faced by ISI which on the one hand has to fight for safety of the country, face and defy conspiracies against nation and country and face internal propaganda as well. They have to remain strong and cool so that negligence may not occur in the fulfilling of the duties because secret agencies are responsible for the stability and integrity of the country as these agencies are eyes and ears of the armed forces. In the battle field army faces the enemy but during cold war secret agencies has to face all the attacks. Who can deny this that is the only country fighting the war of survival right from the birth. Our enemy is ten times stronger than us in numbers, resources military and manpower. Not only this, has support of other big powers and anti-Islamic countries as well. In spite that these elements have left no stone unturned has defended itself and have to do that in future as well. Due to this vigilance of our secret agencies including , and many countries have got crazy. They are not trying to defame this weapon of national defense within the eyes of the nation so that ISI becomes paralyzed and could not defend county from terrorism of RAW, MOSSAD, MI6 and CIA. As long as the case of missing persons is concerned if representatives of nation could amend law to safeguard their 28 members from being ineligible why they cannot amend the law which saves arrested terrorists from being secretly trialed and bringing them to the courts so they can be legally brought to justice?  Here is the paragraph from the book;

“Under a secret program code-named Screen Hunter, JSOC, augmented by the Defense Intelligence Agency (DIA) and contract personnel, was authorized to shadow and identify members of the ISI suspected of being sympathetic to al-Qaeda. It is not clear whether JSOC units used lethal force against these ISI officers”.

The writer has tried to safeguard American hired terrorists and contracted from being blamed for murder of ISI officials but try to remind that in the last years many training facilities and offices of the secret agencies in the whole country became target of suicide bombers. is the only country where marines and paratroopers (state terrorists of ) were used against secret agency of the country. Most of these US contractors and agents arrived in after earthquake 2005 disguised as relief workers. These terrorists had only one target for them and that was ISI, because this is the only security agency responsible for failed attempts of terrorists to access nuclear installations (while American nuclear installations has been already infiltrated many spies) and also responsible for safety of nuclear scientists like Dr. A.Q. Khan. Otherwise in a country like these terrorist agencies have succeeded in martyring four Great scientists. As long as unrest in Baluchistan is concerned this could be only guaranteed after exposing terrorist elements busy there and making a strict policy towards India in spite of giving her favors…