Concept of Prison/Jail in Islam..!

Someone commits a crime e.g. theft or burglary and is arrested. According to the law of the state he is given imprisonment for five or ten years. If someone commits murder, decision is made according to the reasons behind the murder, and he gets life imprisonment, afterwards all of these criminals fulfill their punishment in the prison or jail. All the expenses are born by the state. In order to seclude these prisoners from rest of the world huge numbers of persons are employed and big buildings have been built. In order to meet these expenses annually billions of dollars are spent, this money does not belong to the state but collected from the public i.e. you and me. Does not this feel to be unnatural that someone else commits the crime and public is made to bear his expenses in case of his punishment. While this is our belief that Islam is religion of nature, before discussing concept of Islam lets have a brief look at history of prisons and torture cells.

At that time the law imposed in our country is practically English law. We may call it as Christian law, and we analyze this law regarding imprisonment, inquisition or imprisonment is allowed in it. The theory behind this is, “if God exiles Adam from heaven on his mistake than imprisoning, looting of his/her estate and burning him alive is justified as well”.  Obviously, in the ignorance period all this was done in the name of the religion. 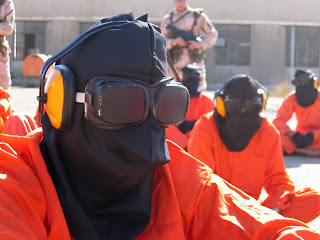 Afterwards imprisonment or killing someone through torture as punishment spread just like as epidemic. This was misused by rulers with the help of the religious entities. In this way such a triangle of King, elites and religious scholars was formed which broke all the records of torture and violence on their public during medieval ages. There was a time when the free will about the religion was banned, no one was allowed to discuss about religion. Torture cells were built, on the will of Church everyone was tortured for being accused of being deviation from religion, he who was forgiven remained obliged to Church for the rest of his life.

In the beginning, all these punishments came into being in the name of religion. People were forced to disclose the religious thinking of their children above age of seven in front of their Rabbi (religious scholar); meaning parents were forced to create a myth of religion and fear of Church over their children. For this purpose in ancient Roman states “Holy Courts” were established. The judges of these courts were religious scholars. These courts made public habitual of telling lies, hypocrisy and fraud. Criminal used to attend Church in order to be saved from punishment, gifts were given to these religious elites. In the other words being loyal to Church in the name of religion these people were protected from punishment in spite of their crimes, on the other hand just on doubt one was imprisoned to test his faith. Until 12th century, the imprisonments in the name of religion infected whole Europe as epidemic. In order to provide man-power to Church, an organization of religious scholars known as Dominican was established. The members of this organization were above laws. They used to help Holy Tribunals. Their designations were known as Messengers, Apparitor, Bravos, and Familiar.  All of these being direct employees of Church were divine servants. Any resistance against them was considered as sin.

In the beginning, these courts had power to imprisonment for seven years, afterwards this limit was changed to life sentence. During the imprisonment just dry bread and little amount of water was provided to the prisoner. During the trial accused was forced to wear special type of dress and the public was bound humiliate someone wearing this dress. In this way most of the innocent people preferred to go to Jail or torture cells by admitting undone sin, on being humiliated in this way. The financial punishments were addition to this, which were misused oftenly.  When this habit of corruption developed into the form of competition, than even dead were sentenced punishments. If on the death of someone his heirs were not influential, than his dead body was dug out of the grave and a trial against him(dead) started, self made witnesses of his crimes (what was the biggest crime than deviation from religion?) before his death were produced, so his estate was seized in the name of Church. 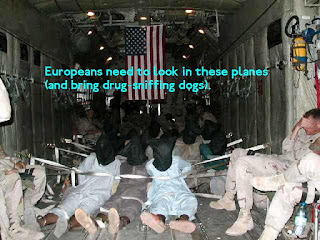 In the cold, humid and dirty environment of Europe the prisons were equivalent to sentence of death for their prisoners. (Here this should be kept in mind that Islam transferred the concept of cleanliness to Europe after Muslims captured Spain, in his TV interview once Prince Charles said, “English are obliged to Islam for this”). However when number of prisoners started rising Special Indulgence was issued by higher religious scholars. These special forgiveness could have been bought for big amounts, thus another source of income for these religious scholars. The division of wealth among govt. and religious scholars developed into a competition and conspiracies were planned against each other. On the basis of these conspiracies they tried to trap each others supporters. European governments were so much powerless against their religious organizations that civil and state laws lost their effectiveness. Kings were controlled by their Bishops, any act against their will meant end of the kingdom. During the crusades these religious extremists compelled whole world into flames of war so long time. How Muslims were treated after fall of Spain, books written by Europeans are evidence that humanity should be ashamed of such violence. They did not spare their scientists and researchers. Galileo was so much tortured by these religious extremists that he lost his vision. He was not freed until he accepted that his research was false and apologized to the church. 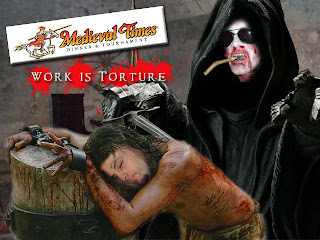 Lets come back towards our today’s topic, i.e. Prison. In the modern era after Europeans advanced in the education and research, Jail was given the name of improvement cell. The process of punishments in the name of religious was changed. Europeans had to fight war against church and they gave sacrifices after which influence of church was removed from govt. As Christians developed they improved condition of prisoners. In the short now, this single procedure of imprisonment is available in the whole world. However, when we look at the Islam, there is no such crime for which punishment is two years, ten years, or life imprisonment. If one murders other, the punishment is either death punishment or payment of penalty if heirs of murdered accept. If someone is indulged in rape or adultery his punishment is stoning to death, if crime is proved and considering the financial state of the thief his hand is cut down. If someone commits fraud, the aggrieved party is compensated from his estate. A drinker is punished by whips. In the other words after crime is proved criminal is punished and shortly after punishment he should deal his life matters himself. He should not become burden over society, his family should not feel unprotected.

The critics of this procedure raise the point that during the investigation where should the accused be kept. The expenses of billions or trillions are not justified for this temporary phase. If judicial system is working on the correct parameters and investigation is completed according to Islam, the time required is not more than few weeks. In response it is said that until whole system is not made according to Islam, imposition of Islamic laws is impossible. Also there is a trend to condemn Islamic punishments in propaganda. In order to please their European and American masters, enlightened Pakistanis play the pivotal role. In contrast to this the persons indulged in smuggling may be tortured in whatever manner, punished inhuman ways, West will never condemn  this but encourage the govt. to do so, because there own interests are linked with this. As soon as they hear about the Islamic punishments the human rights organizations lose their sleeps, in order to fulfill their duties (for which they are paid) many locals also get active as well. The present procedure of justice takes 2 to 3 years to decide a case even if the trial is held in a speedy court or special court. Till the court grants the final verdict the heirs of both parties had already lost their estates in these cases. Accused are left in to the prisons. The procedure of meeting with the prisoners with their heirs is a separate story. What happens in these prisons we often read the stories in the newspapers. For every crime or case of corruption social injustice is condemned. But until Islamic law is not imposed the lives of Muslims will not change. The greatest hurdle in the way of imposition of Islamic law is out internal fear, world will call us fundamentalists. Europe and America giving us loans in the name of aid will get angry. We are strange nation, we prostrate in front of Allah but are afraid of West…

Written by Khalid Baig,
Selection from AUR KIYA LIKHOON.
at 12:30 AM