Is Only Nawa-i-Waqt Responsible to Safeguard Ideology of Pakistan? 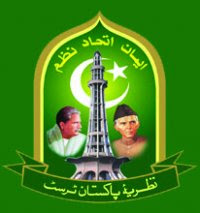 The licensing of free private channels has resulted in lottery of pro-Indian elements. Their campaign against Two Nations Theory is going on without any pauses. These elements include intellectuals having specific thinking, few famous journalists, few personalities from trade and industry, a very famous lawyer, foreign sponsored NGO’s and their followers (easily recognizable as so called leaders of civil society), a big broadcasting institution and few politicians as well. Some of them feel pleasure by being known as Moderate, few as Progressive, or liberal. Their targets are unclear or they are being kept secret however in spite of their disputes they coincide against Two Nation Theory.

They are trying their best to prove all those solid basics false, which are foundations of Pakistan and independence or all those facts through which Muslims of subcontinent gained Pakistan under the leadership of Great Leader Muhammad Ali Jinnah. The following logic could not falsify hatred of Hindus against Muslims. They raise objection that if Muslims had freedom in the form of Pakistan than why millions of Muslims remained in India? Our pro-Indian elements are aware of the situation of Muslims in India that in spite of being in millions how Muslims of India living their in the form of minority are suffering (but alas greed has turned them deaf and blind) and it was not possible that all Muslims migrate from India to Pakistan.

These elements are not ready to accept Pakistani as a nation; they present the mutual disputes of different units within the country proudly against Two Nation Theory. From the last half century they have left no stone unturned that Pakistan should ignore Kashmiri Muslims and close its eyes over the ongoing human rights violations by Indian state terrorists in Indian Held Kashmir. According to them Indian Held Kashmir belongs to India and protest of Pakistan against Indian state terrorism and gang rapes of Kashmiri sisters is equivalent to interference in internal Indian affairs. 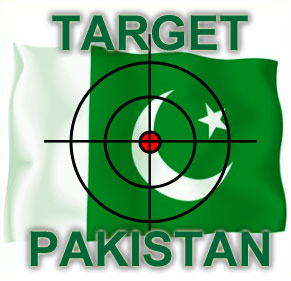 Whether it is Dewali or Holi they are always worried to show solidarity with Hindus and when they arrive at Wahga Border with lamps in their hands their happiness is worth watching. They name this process as message of peace. However, they never felt any need to give same message to estrange Baloch People or nationalist Sindhi brethren.  However, armed Indian interference in Baluchistan or Indian sponsored extremism in FATA is termed by them as failure of Pakistan’s Foreign Policy. Moreover, they claim that these activities are reaction of utilizing Islam and Jihad for defense of Pakistan by Pak-Army and ISI. They are so much intelligent and patriot that after every terrorist attack in India they start pointing towards ISI even before India does so. They are so much stubborn that they do not feel ashamed even when it is proved that Indians (like Col. Purohit) were behind these terrorist activities so that Pakistan could be defamed by blaming ISI. They are not concerned even if India stops air of Pakistan along with the water, because they think India has right to do so.

These elements are of the view that right after independence Pakistan has itself started friction in relations with India. If Pakistan had not sent its tribes into Indian Held Kashmir to protect an independent state, than our relations with India would not have worsened. If someone tries to remind the formula for division of India (in which all Independent states were given choice either to join Pakistan, India or remain independent), they get angry that the root of this dispute is the formula based upon the Two Nations Theory which has converted sub-continent into hell. They are of the view that India is innocent even after capturing Junagarh, Hyderbad Dakan and Kashmir valley with the help of Lord Mount Baton. The scanned image of “Hindustan Times” published on 28th October 1947 tells the story of the conspiracy which was mutually prepared by English and Hindus in such a way that new born country Pakistan facing shortage of resources and water begs to India to rejoin it like Sikkim, Bhutan and Nepal.

They claim that war of 1965 was started by Pakistan and Pakistan had to face defeat. In this way these people do not accept heinous role of India in fall of Dhaka as well, in contrast to this they blame Pakistan Army, ISI, Punjab and Punjabi establishment. While neither this slogan of ادھرتم اَدھر ہم  (We here and you there) was raised by any Punjabi nor this warning was given by Punjab that any member of parliament from Western Pakistan trying to participate in meeting of National assembly will have to face grave consequences. The most astonishing fact is that if anyone discusses about Two Nations Theory or in other words Ideology of Pakistan (having no reply/evidence) they get violent and start blaming Muhammad Bin Qasim as a looter and blame that Islam was spread in subcontinent through the force of sword. In such a discussion when writer respectfully requested few liberals, “If you are so much angry with Islam and claim that Hindus are real owners subcontinent, peaceful and preachers than why you do not go back to your identity in subcontinent before Islam?” Then they also get violent over this and try to prove that there is no better Muslim in the world as compared to them, moreover Islam is the only target in their life. Okay! We accept their claim, than why a struggle is going on to divide nation among Sindhi, Punjabi, Baloch, Pakhtun and local and migrants, who is behind this conspiracy of weakening Pakistan in the name of Punjab, Punjabi establishment, blaming ISI for being Islamist? At least who are these people? Who are the people who want to change the identity of the nation from Pakistani to Hindu caste system divided in upper and lower castes or divided over the provincial or linguistic basis? Why they want to end ISI ? So that India can open so many fronts against Pakistan, Pak-Army is trapped into these disputes and in case of expected Indian aggression army cannot face Hindu army and Pakistan had to bow in front of India and USA against China?

In the decade of 1940 during the freedom movement when Muslims decided that they cannot live under the control of Hindus, behind this decision was history of centuries and experience of aggressive Hindu behavior. This experience of aggressive Hindu minds produced the courage in Muslims of India to stand against Hindus believing in inhuman caste systems and they got their destination in the form of independent Pakistan. All this became possible just because of Two Nation Theory and our enemy is aware of this reality that as long as Pakistani nation has little affects of Two Nations theory and Ideology of Pakistan, its dream of Akhand Bharat (Greater India) will remain a dream. On the other hand, this is also a painful reality that only Nawa-i-Waqt and Waqt TV has been fulfilling its duty to stop this invasion against Two Nations Theory. Not only this on emergency basis Nazaria-e-Pakistan is trying to conduct such gatherings and seminars in which nation could be informed about the reality and facts of Freedom Movement of Pakistan and Two Nations Theory. From the platform of Nazaria-e-Pakistan Trust different seminars are conducted within the whole country to create awareness among our young generation about the hardships that our forefathers had to bear to gain freedom and how they had dedicated their lives for this noble cause. These campuses and lectures about Ideology of Pakistan are necessary for our youth, as the most students who pass out from modern private schools study nothing about Pakistan in their course books. On the other hand, the abundance of Indian channels is affecting our children; most of the programs are dubbed into Hindi by Indians spreading their beliefs. Through this post, I would like to request Majid Nizami and his colleagues that like Nazaria-e-Pakistan a special campaign should be started to educate our children about the Ideology and Freedom movement of Pakistan. Moreover, a special campaign should be started to dub cartoons and other programs of children into Urdu in order to save our young minds from being infected by Hindu mythology and fairy tales, or these youngsters may forget their own history. 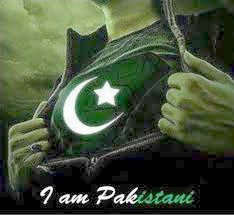 So that when our youngsters grow up as preachers of Two Nation Theory and when anti-Islamic, Liberal and pro-Indian elements abuse them that they have joined غیرت برگیڈ  (honor brigade) they can reply them bravely, “Yes I am supporter of Two Nation Theory, and I am proud of being Pakistani”. They should be told that the reason behind poor situation of law and order in Karachi is due to our neglect of Ideology of Pakistan i.e. Two Nation Theory. Enemy will not let us live peacefully until we forget our mutual disputes and create the passion like it was at the time of freedom movement of Pakistan. We can only live respectfully by being known as Pakistani not being identified by provincial or linguistic identities…