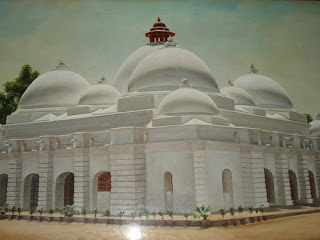 Our world is full of beautiful and colorful sights created by nature. On the one hand there are high mountains while on the other hand there is roaring ocean and in the mid there are streams and waterfalls singing beautiful melodies. In the other words animals, birds, rainbow, botanical and marine life and most important of all of these human beings are a beautiful contrast of nature’s creativity. The beauty of nature on its place, human beings have also added many beautiful buildings to this landscape. This process had started thousands of years ago and is still going on. Many tourists are visiting these buildings to see the masterpieces of these architects, see, and feel the revolution of architect. So that they can understand how our ancestors used to live thousands of years ago. Historians take architects as artists and their unique creations as masterpieces of art. These artists have been constructing the buildings according to their natural way of living, climate, and economical situation. Some of these buildings have been able to survive the wear and tear of time, earthquakes, and storms. One of these masterpieces is the building of MGM (Multan Garrison Mess). It is a masterpiece of architect and example of its own. This building consisting of 13 domes of different sizes was constructed in 1880. The sad aspect is that no research has been done on this building constructed by the clay (Gachee Mitti) of Chenab River. No such struggle has been done on the govt. level. Just because this building is situated in Multan, like Multan the history of this building of 13 domes is also silent. There is nothing saved in the paper, whatever is known has been transferred from heart to heart/folk. This is also a truth that except few buildings of Turkey whose walls consists of 9 or 11 domes there is no other building having so many numbers of domes of different sizes but geometrically same. The international passengers travelling through airplanes also get interested into this moon of 13 domes dazzling in the dark, but they have no knowledge about this building except the dirt, heat, beggars and graveyards of Multan. Before writing anything about the building I would like to briefly disucss the history of construction of domes.
The historians of architect divide architecgture into 12 stages;

Although historically many things are different from in these styles of architecture from each other, but few features are mutual as well, one of them is dome. As today’s topic is building of MGM, the unique thing in it is are its domes so we will be discussing only domes.
Thousands of years the inhabitants of Egypt believed that after death the souls keep hovering in the air/space as there is no facility for their stay. Keeping this hypothesis in mind the construction of dome started in Egypt. This dome was like the shape of an egg. In order to construct this dome, the woods of same angle, or young stems of trees were fixed into the ground in circles and were joined together in the upper end. These lumbers were covered with straws and plastered with clay, this formed the shape of an ugly dome after it got dried. This dome like room was specified for the people who were about to die and their relatives. After the death, the body was disposed off as per custom. But according to the belief it was imagined that the dead is living within the dome. One dome was believed to be sufficient for other soul of the died people in the family. According to the historians this dome was known as Abode. Gradually Egyptians started making bricks from the clay of Nile River and after drying them up the construction of four walled room started. So the construction of dome also got much developed. In spite of straight roofs over the rooms the domes made of wood were being constructed. Till this time human being were not aware of the skill to build arch. Romans first of all got aware of arch building art.
Romans used stones for construction, first of all stones were fixed over one another and the walls were constructed, afterwards the roof was built by the wooden boards. For the elites of Romans, collective warm baths were constructed. These baths of warm water were only used by king or his relatives. The steam from the warm water was not convenient for the bathers so the research for construction of dome started. Although the dome was built of stones but in order to support them timber was used. In the high end of the dome a small hole was left so that steam can find its way out.
The art of building the dome through arch, putting bricks step by step was developed by the Mesopotamians (Arabs) living in present Iraq, Syria and Lebanon, who were religious less till than. These domes of 10 feet diameter were constructed only over the worship places, perhaps this is why dome and Masjid became necessary for each other.
In following them Romans decided to show off their skills and built a dome of 100 feet which was constructed over the building of a temple. This was named as Pantheon i.e. Temple of All Gods. The whole century was spent in its construction, completed 124 years after the birth of Respected Eessa (Christ).
After 300 years of Christ’s birth Byzantine architecture started, which spread like perfume due to its beauty and beautiful carvings, dome had a pivotal role in these buildings. Domes were made beautiful by carvings and gold work.