Hindu/Jews nexus against Pakistan is not a conspiracy theory but a bitter reality...

Costs are not increasing in the country by months or weeks but on daily peace, unemployment has become a serious problem. The bribery, corruption, lawlessness it on its peak. On the other hand the pessimism being spread by TV Channels, after watching all this youth questions that what will be the future of Pakistan? Will they get employed or not? If they succeeded in securing any nominal job will they be able to make the both ends meet? What will become of children’s education? If any one in the house falls ill than how will they get medicine, and if they get medicine who will guarantee that it is genuine?
Not only this, they also want to know about elites riding luxury vehicles, living in posh areas, that who are they? What are their sources of income, if they are Pakistani than why they do not have living standard like public? Why the educational institutions and curriculum being taught there is different? But no one is there to reply these questions, not even those anchorpersons have any answer to these questions wearing branded and costly suits and discussing problems of public day and night. Perhaps these rich intellectuals  is not to bring forward problems of public but “something else”.
After knowing facts like that India spends 15 billions annually on the persons who are against construction of Kala Bagh Dam, our youth has the right to ask that what is the role of Indian finance behind extravagancy of our elites? Moreover in order to spread lawlessness how much and where Indians are investing?
Our young generations wants to know the meaning of American demands of DO MORE and operation in tribal areas? They are worried over deaths of their fellow citizens in Drone attacks. On American attacks or extra judicial murders the silence of UNO and West is also cause of agitation in our youth. They are astonished that UNO, human rights organizations and international journalist associations keep silent over the use of such chemical in missiles fired by drones that the person who survive has to live a very miserable life, but on the death a young man by Rangers awakes all these so called human right activists to protests. They foresee that Pakistani nukes are about to fall in the hands of extremists. 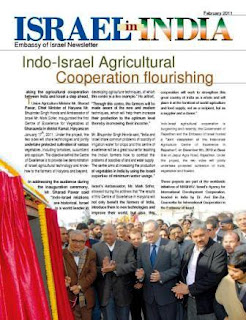 Our youth wants to know that when his own Security Guard murders Governor of Punjab why an order to complete the trial within 30 days is issued. In the court a murderer murders two living human beings in front of the judge and elopes away calmly, no one orders to judge, IG Police or higher ones to resign. No one feels need to show these crimes on TV Screens repeatedly.
They want to know about the suicide attacks over Masajid, Imam Bargahs, hotels, cities, and security forces, who are the attackers? The masterminds of these attacks want to benefit which country by weakening defense of Pakistan? If all this is result of sectarian clash, why it is only in Pakistan and not in other Islamic countries?
Will our rich intellectuals and anchors like to give satisfactory answer to these questions or not (they will not because they are not paid for it). However European analyst Peter Chamberlin has unveiled few causes behind problems of Pakistan in his report;
Strike and Crush Pakistan
He writes discussing mutual cooperation between Hindus and Jews against Pakistan, that India and Israel were working against Pakistan for a long time. In these plans apparently the construction of new reserves of water were given priority, but covertly the prupose of all these plans is to use aggressive water policy to fulfill the dream of Akhand Bharat. Because is not working against Pakistan but in the East against Bangladesh to use water as a weapon. 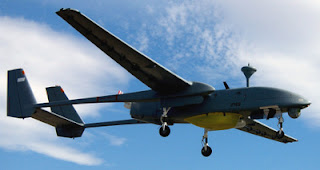 Not only this Isabelle Saint Mazari has disclosed in famous daily of western Europe LE MONDE DIPLOMATIQUE that India has succeeded in securing a deal of supply of drones with Israel. In this regard India has already launched a SPY SATTELITE with the help of Israel in 2009. While in contrast to this Pakistan is begging to USA for drone technology since last three years.
Both countries were using all of their resources to convert regional disputes into civil war, however for this secret agencies of these countries did not have any mutual department. In 2001 after long discussion defense ministers of both countries agreed to establish a mutual network of RAW and MOSSAD. Pakistan is the only target of this network. Initially above mentioned mutual secret agency established a special cell with the help of Indian film industry to discover chances to work within Pakistan. The duty of this cell was to establish contacts with politicians, actors, big businessmen, industrialists and media to accept Indian activities by using Indian actresses. After this these people fond of Indian actresses and youth of elite class were trapped to be used in anti-Pakistan activities. With all these influential Pakistanis the gatherings with Indian actresses were arranged in Dubai. Moreover Indian Foregin Ministry was given special orders to issue quick visas to Pakistani actors and spectators of Indian musical shows within India. When these Pakistanis arrived into India they were warmly welcomed. According to the above mentioned report including Katrina Kaif many other Indian actresses work for MOSSAD and RAW. Their targets included Arabs as well. Another duty of this special cell of Israel and India is to create pessimism in Pakistan. For this special cell more than necessary finances were specified and they were declared free from audit or accountability (if these resources have been used to uplift the poor in India there would not have been so many freedom movements). 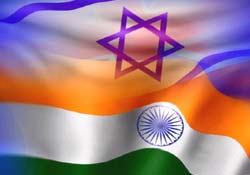 Keeping in mind internal situation of Pakistan and construction of dams by India over Pakistani rivers it is obvious that India and Israel are successfully fulfilling their plans. But painful fact is that a group of intellectuals (paid by anti-Pakistan forces) affecting public opinion denies these bitter realities as CONSPIRACY THEORIES and is busy in deceiving public through beautiful wordiness. Although famous Indian weekly OUTLOOK disclosed the India-Israel cooperation in its addition of 18th February 2008. It was revealed by this weekly that Israel has sent its troops during Kargil war on the request of New Delhi, because after Pakistan had shot down two Indian Mig fighters and arrested Indian pilots their morale has been declined to zero. This edition also includes the interview of Israeli ambassador to India MARK SOFER in which he accepts the secret cooperation between both countries, perhaps that is why it was published with the headline;
“THE SECRET PART OF INDO-ISRAEL DEFENCE TIES WILL REMAIN A SECRET”
However I am sure that our intellectuals and anchor persons will declare the hidden massages within the interview of Israeli ambassador as Conspiracy Theory as well, than they should consult speech of Israeli Prime Minister DAVID BEN GURION in 1976 which is seen as sacred document by Jews. I would like to include a paragraph;
THE WORLD ZIONIST MOVEMENT SHOULD NOT BE NEGLECTFUL OF THE DANGERS OF PAKISTAN TO IT, AND PAKISTAN NOW SHOULD BE ITS FIRST TARGET. FOR THIS IDEOLOGICAL STATE IS A THREAT TO OUR EXISTENCE AND PAKISTAN THE WHOLE OF IT HATES THE JEWS AND LOVE ARABS. THIS LOVER ARAB IS MORE DANGEROUS TO US THAN THE ARABS THEMSELVES. FOR THAT MATTER IT IS MOST ESSENTIAL FOR WORLD ZIONISM THAT IT NOW TAKE STEPS AGAINST PAKISTAN. WHEREAS THE INHABITANTS OF INDIAN PENINSULA ARE HINDUS WHOSE HEARTS HAVE BEEN FULL OF HATRED TOWARDS MUSLIMS. THEREFORE INDIA IS THE MOST IMPORTANT BASE FOR US TO WORK FROM AGAINST PAKISTAN. IT IS ESSENTIAL THAT WE EXPLOIT THIS BASE OF STRIKE AND CRUSH PAKISTANIS, ENEMIES OF JEWS AND ZIONISM BY ALL DISGUISED AND SECRET PLANS.
If after reading all this we cannot understand what game is being played and who is the player than only Almighty Allah can teach us…
Written by Khalid Baig,
at 11:05 PM