Osama As A Symbol Of Resistance Against Modern Imperialism…

Whether Osama has been murdered in Abottabad or US has already murdered him long ago, leaving this discussion aside, as protests are going on against USA for murdering Osama in Muslim world, claiming Osama to be a Martyr. This protest proves that Osama was not a terrorist but he has been murdered for the crime of raising voice against greatest terrorist and imperialistic force of the modern world. Osama has got the importance as a Hero of the Oppressed. Americans are happy after burying him in the sea because he resisted against the “Great Satan”.  His name has been written in the Golden words in the history.
Now this  should be considered by western intellectuals and think tanks (being neutral) that has not all these actions like:
1.       the human rights violations in Palestine by Israelites in the middle east,
2.        moreover US support to Jews,
3.       Providing Israel  latest lethal weapons for genocide of Palestinians,
4.       shameful silence of UNO over massacre of unarmed Palestinians, and
5.       corrupt rulers imposed over Muslim countries by USA, has not all these facts resulted in anti-American thinking?
If America keeps on supporting Israel in the massacre of Palestinians God knows, she will have to murder how many Osamas, spend how much trillions of dollars, and murder millions of Muslims.
In the happiness of murdering Osama, Obama addressed affectees of 9/11 and announced proudly, “we have taken the revenge of the blood of 1500 people”. If Obama, the most powerful President had a little more moral courage/values he should have  told there that in order to take the revenge we (Americans) have murdered 1.5 million Muslims in Iraq, 0.5 million in Afghanistan, and 30 thousand innocent citizens including security personnel in our non-NATO ally Pakistan. Keeping in view such sick mentality of Americans, American intellectual NOAM CHOMSKY has said in his article of 7th May, he takes Obama as criminal in spite of Osama, who has sent his professional terrorists in a sovereign country violating international laws for murdering an un-armed man, and shame on that they think this is their victory. He is not calling Obama a liar without  a reason, he has a strong argument behind his claim, he asks American society;
“WE MIGHT ASK OURSELVES HOW WE WOULD BE REACTING IF IRAQI COMMANDOES LANDED AT GEORGE W. BUSH’S COMPOUND, ASSASSINATED HIM, AND DUMPED HIS BODY IN THE ATLANTIC”.
Verily a more comprehensive analyses of American action cannot be done, but in spite of all this shameless Americans are proud that they have got a big treasure of information from Osama’s compound which is equivalent to a library. This is such a whip which God knows how long will be used against Muslims, and under this cover US will attack whatever country she will like.
But the question is if they had arrested Osama alive, would not they have got much more information from him as compared to the information they got from his compound? Many questions could have been answered like; how and when Al-Qaeda was formed, from where suicide pilots got training for 9/11, who was the actual planner of hitting the buildings with airplanes, in order to successfully fulfill this plan the supporters within American intelligence agencies and CIA could have been unveiled?
Than is not this obvious that actual purpose behind the drama of 9/11 is not what USA is repeating from last ten years? Moreover right from 2 May in the way USA is telling facts about operation in Abottabad in dramatic way, is not all this like script of an action movie of Hollywood? How can we accept that USA is telling us the actual story? While even Americans are not ready to accept what America is telling about the Osama, she is again and again explaining that Osama has been identified through DNA test. An American doctor told BBC that report of DNA test could not be prepared/released before 48 hours, than America got this report in 8 hours through Fast Track? Americans say that they do not have anything to get the measurement of Osama’s height, however a tall US soldier was made to lie down with Osama’s body to measure the height. Us should explain that why they showed such haste in deleting the identity of Osama, while they had made whole world sleepless by imposing the threat of terrorism and Al-Qaeda. 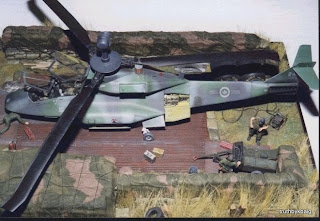 That all is the part of American conspiracy, she wants that world remains in the clutches of fear, she is habitual of black mailing the world. Now by telling, the “made in USA” story of Osama’s presence in Abottabad, US is trying to pressurize Pakistan. The real target is China, developing rapidly. Pakistan is not ready to act against China, at any cost, that is why when American accuses that Pakistan was aware of the presence of Osama in Abbottabad, in the second moment she blames that either Pakistan is incapable or accomplice of Osama. In the second sentence she means Pakistan Army and ISI. The address of Head of CIA on 3 May that there was threat if they would have informed Pakistan about the operation this could have resulted in failure; Pakistan would have alerted Osama resulting in the failure. These doubts from American side are not without reason, from a long time US is criticizing ISI. As soon as the present govt. came into power, the announcement of giving ISI under the control of Rehman Malik was also part of this conspiracy. America wants to weaken Pakistan army and ISI so that India can be prepared to battle with China. That is why the out of all UNO member countries only China has condemned American operation; she has not only condemned it as an open aggression but also warned USA that it should respect Pakistan’s sovereignty and independence. The spokes person of Chinese Foreign Ministry JIANG YU repeated Chinese stance on 5 May that international community should help Pakistan in this hard time, playing the pivotal in the war against terrorism, giving countless sacrifices. Chinese made it clear to the world that it is USA who sent Osama to South Asia.
This is reality that in 1979 in order to destroy Communist system of Soviet Union, America instigated Muslims from the whole world in the name of Islamic Jihad and by spending trillions of dollars, sent millions of Muslim youth into Afghanistan. At that, time USA not only helped hundreds of Afghan families not only to settle in USA but in many other European states. The family of Bin Laden was one of the American elites. This was the plan of American CIA to use Osama inclined towards religion. He sacrificed his wealth everything for Jihad in Afghanistan. He bestowed freedom fighters fighting against Soviet Union with the title of Mujahedeen. Many books were written in order to praise these men, international media was paid to take the name of these men in respectful manner, and America provided these Mujahedeen with heaps of weapons.
When Soviet Army was defeated, Americans ignored these Mujahedeen, whom she had brought from the whole world. Not only they had military and Gorilla training but also latest weapons and capability to use these weapons. America did not think what would be the future of these Mujahedeen. They did not know anything but how to fight and kill. From there the disputes between Osama Bin Laden and USA started. After getting free from Afghanistan when he saw towards his home, he heard the innocent Palestinians yelling for help. Israelis were slaughtering them like animals. Osama had doubts about the Arab rulers who in spite of helping these oppressed Palestinians had turned a deaf ear towards them. It was not hard for Osama to decide; he took the U-turn and stood against Arab rulers and US. He knew his end very well. He was aware that America and American slaves will not bear him for a long time but he did not care for his life. Because he knew that he and his handful of followers could not defeat super power of the world, but Osama stood fast on his decision. He became the symbol of challenging the oppressor and resistance against cruel. Now when America says that she had took action against the worst enemy of American people, she should clarify that what was the reason of enmity between Osama and Americans. He was the enemy of anti-Muslim American policies and role of US in Middle East. If protesting against American policies is crime and terrorism than people of every Muslim country are protesting against Americans policies collectively. Praise to the Iran who has bestowed USA with the title of Great Satan and set an example of not bowing in front of oppressor and tyrant.
Now let us talk about American attack over Pakistan’s sovereignty and timing of operation against Osama:
Than all this is just coincidence or American conspiracy of creating specific situation to create doubts in the hearts of the public against army? Although on such a critical situation, our collective stance should have been observed that by violating international laws USA has indulged in terrorism like terrorists used to do but alas this has been seen no where. On the other hand the presence of Osama in Abottabad, this will be decided by the time that whether it was failure of our intelligence agencies or a part of American conspiracy. However if on such a critical situation we did not get united as a nation and keep insulting army than the result will be much dreadful… 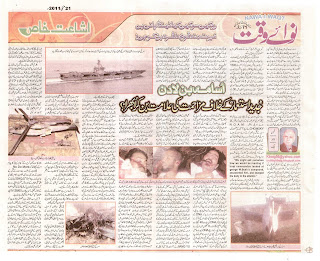