One can face enemy no matter how much strong it is or how much army it has armed with latest weapons, because one can see it. By considering the movement, strategy and capacity of enemy one can pre-plan on how to face the enemy. Utilizing the passion to defend the country, enemy can be forced to defeat or withdrawal. But a deceptive enemy like India can be kept away from the borders by the passion of our soldiers that they enter into the warzone with the passion of getting Martyred.

However all these are old things now. During last 63 years, India has realized that in spite of all the conspiracies, latest & lethal weapons, moreover on the basis of big number of armed forces she cannot fulfill her dream of AKHAND BHARAT. Recent war against terrorists in Swat, Malakand and other areas has strengthened Indian belief that as long as passion for Jihad is present, Pakistan cannot be defeated. Due to this Brahmans has changed their strategy to capture Pakistani society first. They have realized that real weapon of a Muslim soldier is his link to the Islam and Islamic values. There is only one way to break this link, i.e. through polluting the whole society with so-called liberality, immodesty, and free sex. As soon as the venom of immodesty and anti-Islamic values will enter into the veins of Pakistani society, enthusiasm and fervor for Jihad will die its own death. Shamelessness and immodesty will become integral part of the Pakistani society, after this selling sovereignty will be given name of need of the hour and slavery will become the fate of Nation. 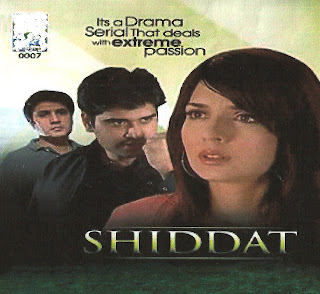 In today’s modern era, cultural war is also an integral part of the war strategy, than as a Pakistani, can you deny this fact that we are target of Indian cultural war. I am aware that many so-called liberal, and enlightened people will not only get irritated over my question but will also express their anger. But how can we deny this bitter reality that secret agencies of India are spending billions of dollars annually to inject the poison of porn, free-sex, and anti Islamic, anti moral activities and make them acceptable for our society. How much they have achieved, can be estimated after watching TV dramas of private channels in the name of modernization and enlightenment.
Look at the irony of the fate that process of destruction of our identity is going on so much openly and aggressively but we are ignorant of this naked truth that our social structure is about to collapse. There was a time, during the broadcast hours of PTV dramas there was complete silence observed even in the India because everybody was busy in watching these plays teaching moral lessons. Now there is a time that after watching the shameful and absurd plays of private Pakistani channels even Hindus
are forced to ask, “If Muslims had to do all this, what was the need to get a separate homeland?”
What our private TV channels are doing in the name of TV plays, we will discuss this later. First let me unveil the role of RAW in spreading and propagating these immoral activities in the society. Indian Dr. Sharad Sapra joined UNICEF in 1983 (apparently, this UNO institution was established to solve problems relating to food and health of children; however, other undercover activities are also going on). In 1997 he was appointed as supervisor for programming and planning of UNICEF in Iran and other Gulf countries. This was the time when Policy makers of RAW had completed their paper work, for destruction of Pakistan through spreading anti social and immodest activities. The demand of Indian dance and musical programs through Dish TV was one of their initial success stories. After this contacts were initiated with modern and liberal Pakistanis in Dubai through Dr. Sharad Sapra. It was not necessary for him to visit Pakistan for contacting these Pakistanis as their regular visits were sufficient for RAW’s plans. Although the plan of destruction of social values and society was only for Pakistan but as a precaution India, Nepal and Bangladesh were also included in order to avoid any protest from religious or social elements in Pakistan against these porno programs. Undercover of UNICEF, CIA and MOSSAD were also helping India.  In order to convert region into free-sex society it was decided that whole process will be done slowly and covertly in order to avoid any resistance. In the initial stage, liberal and educated persons were selected. It was decided that youth should be attracted towards sex by making aggressive sex documentaries. As a test to check the reaction of society, a documentary was to be made in every country. Famous Indian actor Rahul Roy was selected to complete a documentary WHEN YOUR FRIENDS MEET.  The documentary was prepared in such a way that it was acceptable for Pakistani youth as well. The story of movie circulates around four friends, (two girls and two boys) living in Jahangeer Pura, New Delhi. These friends after a long discussion, come to the decision that sexual intercourse should be done before or after marriage without caring about  the religious difference and continuously exchanging the sex partner creates a passion of sacrifice among friends. 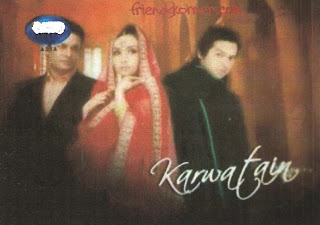 The documentary made in Pakistan was of 35 minutes named as YEH HUI NA MARDO WAALI BAAT (this is like being a man). Although the topic of this documentary was also free-sex, however open discussion was avoided. The name of documentary recorded in Nepal was LISTEN TO THE WIND, while the documentary recorded in Bangladesh was given the name, AMADER CHHELERA. The movie made in Pakistan was not so much bold or liberal, while in other documentaries sex dreams, and deprivation of youth were discussed emotionally. Because of this Pakistani documentary was not published, but stopped for further changes.
On September 2009 all of these sex documentaries were presented in a gathering at a 5-star hotel of Karachi. Film producers and directors from Pakistan, Bangladesh, India, and Nepal participated on special invitations. Other guests included liberal and modernized young students from Pakistan. In order to justify the presence of Dr. Sharad Sapra, the whole gathering was conducted under the administration of UNICEF (this also through light on the role of UNO and UNICEF). During the seminar these documentaries were played. After this, the session of questions started. In the end, the participants were given a Performa to fill up, consisting of two pages. Following types of questions were asked in this survey:

This is unknown that Pakistanis who filled up the Performa provided any help for this campaign of destruction of Pakistani society or not. However in 2002 a private Pakistani channel telecasted a discussion between students (male & female) on SEX, which was successful because no reaction was observed. This was big success of anti-TWO NATIONS THEORY elements and secret Indian agencies. 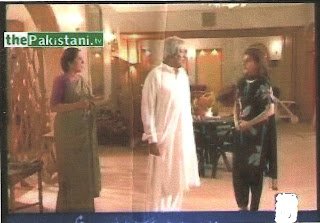 Maybe some people try to justify this situation by lame excuses like lawlessness, political chaos is cause of increasing collective anger in society but reality is that our social and political structure is deteriorating. There is nothing like TOLERANCE present in the society. One group of society is inclined towards religious extremism while other towards sexual extremism (so called modernization supporting porn), forcing the whole nation towards free-sex society. The Media Masters of Private TV channels are unable to realize that leading already poor people towards free-sex will result in anarchy. Now this is the duty of our rulers, intellectuals, and civil society to think that if we entrap the whole nation in free-sex, immoral society, westernization just for saving the nation from TALIBANAIZATION or so-called religious extremism than the results of this sexual extremism will be much more dangerous as compared to religious extremism. If someone calls these unethical, immoral, free-sex activities as secularism or modernization than he/she is a liar, a cheater. Pakistan is sovereign as long as there is TWO NATIONS THEORY alive in our hearts. If one is willing to save younger generation from religious or any other form of extremism then we will have to restore games on the street level, extra curricular activities, establish play-grounds in spite of giving our younger generation the poison of unethical, immoral Hindu culture (free-sex). In spite of making nation a slave to these pornographic programs in the name of entertainment protest against these sex-shows or close you eyes and wait for a big tragedy…
(This is the way how Jews controlled Christians of West, now in spite of being superpower USA is controlled by these Jews. Christians have forgotten Christianity, they religious as something rubbish, due to no moral values in the society they are entrapped by Jews and cannot even dare to take a single step against Jews. If we do not realize and resist against this porno culture very soon we will be one of them, having no link with Allah and His Apostle Muhammad S.A.A.W. Can we afford this misguidance in this world and the life after death which is forever?)

Written By Khalid Baig,
Published in Daily Nawa-i-Waqt.
at 9:21 AM