Raymond Davis; Satan fallen in its own trap Part-II

US is not only the worst enemy of the civilization and culture of the world but also of the moral values and brotherhood. In past America dropped nuclear bomb over Japanese cities murdering and handicapping uncountable innocent people just for its political interests and imperialism. In the modern era the torture centers like Guantanamo Bay away from its boundaries are the evidence of its lawlessness where rivals are imprisoned and tortured. What type of torture had not been practiced over Dr. Aafia Siddiqa, when Pakistanis and human rights activists protested against this they were shunned that case is still under the court proceedings? Afterwards when just for the intention of murder Aafia Sidiqa was sentenced for imprisonment of 1 century, in the way Americans asked Pakistanis to respect court’s verdict is in front of the whole world.
However when American agent was red handed arrested for murdering two innocent people in Lahore neither Americans are ready to accept diplomatic rules and regulations or to respect the law and courts. They are just trying to express that every American is beyond the scope of law, he can murder anyone wherever he wants, he cant crush anyone under his vehicle, neither he can be taken into custody nor any court can take his trial. This is why that from last one month US govt. is repeating incessantly that who ever Raymond Davis is he has diplomatic immunity.
Leaving aside US officials the champion of free expression western print and electronic media is not ready to convince WHITE HOUSE that Raymond Davis is a killer whose case is still under hearing in the court, so US should for the court’s decision. Still it is to be investigated that as a terrorist Raymond was involved in how many terrorist bomb blasts, what is his role in suicide bomb blasts, and how many other such terrorism plans have been planned by him? In order to know his role in terrorism is not it necessary that a separate case should be filed against him and he should be investigated for terrorism?
US is not ready to tell us about activities of its terrorists in Pakistan but in the way EU TIMES ONLINE NEWSPAPER has presented its investigation report the arrest of Raymond Davis becomes of grave importance. According to EU Times Raymond Davis belongs to American Task Force (TF) 373. It is responsible for practically imposing a very secret and sensitive nature of plan. TF 373 consists of agents of US special forces, CIA, assassins (belonging to American agencies like Black Water) and retired American commandos. The agents of this notorious assassin agency are active in Afghanistan and tribal areas of Pakistan. According to the report of this website the agents of TF 373 are working to handover nuclear, chemical and biological weapons to the Al-Qaeda, so that they are used against USA and the way is paved for an open war in order to restore drowning American economy. This report has been published under the title of CIA SPY CAPTURED GIVING BOMB TO TERRORISTS (Click to see the full report).
The website has warned that according to Russian Secret Agency SVR after the arrest of Raymond Davis, the record of his contacts with terrorists of Al-Qaeda and other militants active in tribal areas of Pakistan and Afghanistan, South Asia is on the verge of a horrific war and the horrific plan of US has been unveiled. Moreover Russian secret agency has also mentioned the report of American Homeland Security that next attack on USA will be more horrific than 9/11, the disclosures by WikiLeaks are also part of the report that Al-Qaeda is not capable of using Nuclear bombs but near to use it. 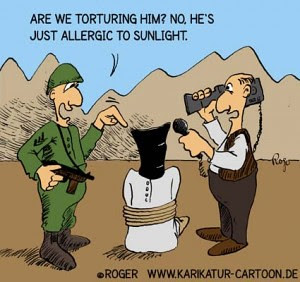 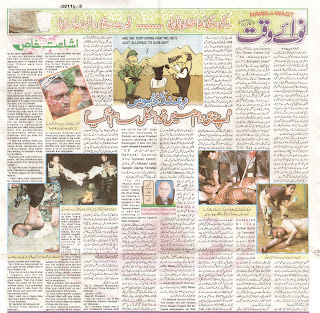 Email ThisBlogThis!Share to TwitterShare to FacebookShare to Pinterest
Labels: Hypocrisy of USA, Raymond Davis, US moral values, US spy captured in pakistan, US war crimes