The Discovery of Mass Graves in Held Kashmir…

Is it possible to hide any incident, in this modern era of communication when not only TV and newspapers but internet is also publishing news second by second as they are happening? Especially news of troubled areas which are continuously being observed by international media and secret agencies as well as the spy satellites are also there to keep an eye. But in spite of all this there is such area of subcontinent where the govt. is always trying to alter the facts and mutilate the truth. The propaganda of Western media, biased against and Islam is understandable but the role played by Pakistani columnists of English newspapers and so called “Think Tanks” is beyond explanation. Perhaps Indian interests are dearer to them as compared to national interest.
On the 10th August 2009, dozen of new mass graves were discovered in Indian Held Kashmir. The process of discovery of mass graves has been going since last 2 years. However the collective discovery of 12 mass graves at the same time was a shocking incident. Although the staged drama of Mumbai attacks proved a blessing for as it length world sympathies for her and diverted world’s attention from peaceful freedom movement of and India-Pakistan water dispute. took a sigh of relief because on the one hand succeeded in getting world’s sympathies, while on the other hand Indian army got a chance to crush the Freedom movement of Kashmiris through force. If we collect the data that how much people went missing in the name of having links with Al-Qaeda and extremists from December 2008 to 2009 in the Indian Held Kashmir then the 12 mass graves will fell short to accommodate such a big number innocent Kashmiri youth. 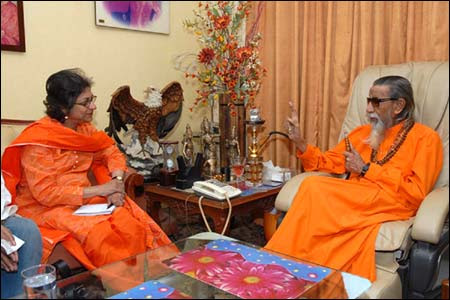 In the past Pakistani media has played an important role to inform the world about Indian state terrorism in Indian Held Kashmir. But now internal disputes and terrorism has made our free media so much busy that they do not have time to look towards the bloodshed in Held Kashmir. Moreover some channels are afraid that if they telecast any report against it will be harmful for their business and for them movement is unimportant. Although our media earning through broadcasting Indian culture and dance shows had no time to react on the discovery of mass graves in Held Kashmir but it was difficult for India to hide such a tragic news. Because some European Human Rights organizations might have created problems for by highlighting it and staging protests. found solution for this through 2 ways;
One:
Indian secret agencies started protests against book of Jaswant Singh written about Quiad-e-Azam Muhammad Ali Jinnah.
Second:
In order make victory of Pak-Army disputed in Swat against Indian terrorists a rumor was spread though so called Pakistani intellectuals that mass graves have been discovered.
We discuss book of Jaswant Singh first;

The book was written, compiled, printed etc. on what secret place that friends of Jaswant Singh, Mahasbhai extremist Hindus and leaders of BJP remained unaware that Jaswant Singh was going to publish a book about Quaid-e-Azam Muhammad Ali Jinnah?

Was no one aware till book launching ceremony in Shimla that in this book Jaswant Singh has declared Quauid-e-Azam a greater leader then Gandhi?

When topic of the book is Muhammad Ali Jinnah then out of hundreds of pages if few paragraphs are in the praise of Jinnah, it cannot agitate Hindu extremists so much that they are not getting calm.

Jaswant Singh who is important leader of BJP and knows many dirty secrets of BJP cannot expelled out of party just for a book.
It was drama and very successful drama. The shocking fact is that Pakistani private TV Channels arranged specific talkshows for extremist Hindu Jaswant Singh but they kept silence on discovery of a dozen of mass graves in Indian held . We have to accept cleverness of followers of Kotliya Chankiya (Hindus) that like Mumbai drama they handled the problem of discovery of mass graves as well. While Jaswant Singh earned money by selling the book.
Now let’s come towards the propaganda of mass graves in Swat;
This disclosure was made by famous lawyer and President of Aurat Foundation as well as leader of Human Rights Commission in Pakistan Asma Jahangir on 16th August 2009. But in her statement she had no where mentioned;

How much inhabitants of Swat suffered the last 2 years (2007-2009) under torture of so called Taliban (Indian terrorists).

How many houses have been destroyed by these Indian terrorists, how many people were murdered by them, how many wives had been widowed and how many children had been orphaned?

Under what circumstances govt. was forced to conduct military operation in these affected areas?

The security personnel belonging to Police and Army were slaughtered in the crowded places, what was the purpose behind this, to terrify people or prove as a failed state?

Which country was behind this terrorism?
Mentioning all this and naming the country involved in all these activities is a sin in the eyes of Asma Jahangir. She is not ready to accept that so called wave of “Talibanaization” was a part of Indian conspiracies to disintegrate . 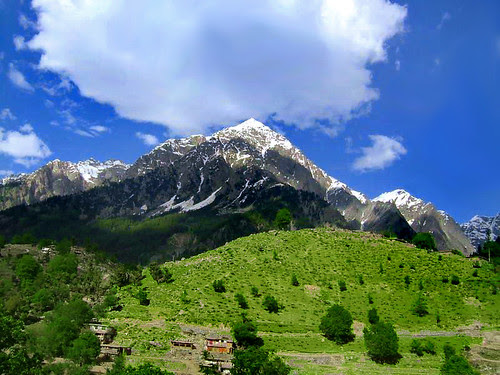 After the return of displaced people of Swat, a statement was issued by Asma Jahangir. In this statement which was published on internet on 25th July 2009, she severely criticized govt. of for conducting operation against terrorists.
The tilte of the post was, “Swat Operation: Asma Jahangir Exposes Pakistan’s Dull Policy and State Terrorism”.
Look at a paragraph of the report;
“HRCP believes:

It is crucial that the policy of “bleeding ” and maintaining a strategic depth in be reviewed. In short, the national security paradigm must shift to the need to keep pace with the political realities of the region. There are indications that this has so far not happened.

The government must distance itself from the ideology of pan-Islamism.

The nucleus of the top militant leadership must be taken apart and their communication and financial infrastructure dismantled. There are no indications that this has happened either. On the contrary, there are well-founded suspicions that certain elements known for their pro-Taliban policies continue to protect a number of top militant leaders.”
Now she should be questioned that is increasing its influence in while neither it has adjacent boundaries nor any cultural link, why has no right to use its influence in for insuring its stability and integrity. As long as the Pakistani’s as Muslims are concerned then in Islam either a person is a Muslim or not. Being a practical Muslim or not is an individual act; however there is no concept something middle in between Muslim and non-Muslim. However if someone tries to destroy moral values of society and spread free sex in the name of liberalism and modernization then severe reaction from social groups is natural. However this reaction must not challenge the law and order. But who will stop those who think that liberal, devoid of moral values and porno-culture of the West is the only way of development in an Islamic ideological state like . 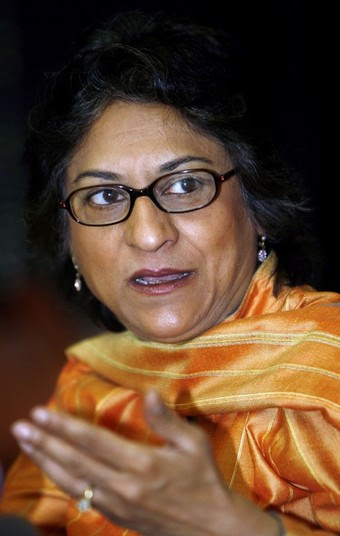 On 18th august 2009, an article of Rahimullah Yousafzai was published in English newspaper with the title “Extra Judicial Deaths in Swat”. In this article discovery of 2 mass graves have been mentioned on the basis of the report present by Asma Jahangir and HRCP (Human Rights Commission of Pakistan). According to this report in the two villages of Kai and Shah Dhery of Baburzam District of Swat two mass graves were discovered by 3 Human Rights activists. According to Asma Jahangir and Yousafzai army is killing daily up to 18-21 Taliban, there dead bodies are thrown in deserted areas or hanged by the electric poles. Yousafzai rights;
“The media, lacking access to the frontlines and scared of both the militants and the military, was until now simply reporting about bodies being found in parts of Swat and failing to find out as to who was behind it. But the regularity of appearance of bullet-peppered bodies almost every morning alerted sections of the media and human rights activists. These were without doubt extrajudicial killings and finally the Human Rights Commission of Pakistan (HRCP) took note of it. Its fact-finding mission, after spending three days recently in Swat, documented accounts of not only extrajudicial killings but also discovery of mass graves and the continued suffering of the civilian population. The presence of at least two mass graves at Kookarai village in Babozai tehsil and at a spot between Devlai and Shah Dherai village in Kabal area was reported.”
On the one hand Yousafzai is complaining that due to the fear of army and terrorists, journalists cannot visit these areas, while on the next sentence he writes that activist of HRCP succeeded in discovering 2 mass graves by spending 3 days there. Shame on such journalism, being used by enemies to dispute sacrifices of armed forces by accusing them for extra judicial murders (besides if soldiers do not shoot these terrorists, what else should they do? Bow in front of these terrorists and request them to go to Asma Jahangir?). Look at the morale of these brave men in spite of uncountable lives sacrificed by them and martyrdoms received by Pak-Army they achieved their target. Shifting citizens to safe places, fighting face to face with disguised enemy in the streets of own populated cities, clearing these areas from terrorists and then respectable return of displaced persons, all these difficult tasks just in short period of one year? One cannot find a single example of such patriotism, sacrifice and passion. The plan of the enemy was that army will be trapped in these areas facing their trained terrorists for years, but now enemy is astonished and worried that how Army dealt with such a great conspiracy. It was just the professionalism and fond of martyrdom of our brave soldiers that nation defeated plans of enemy in the short period of just 12 months. Children had returned back to their schools and peace has been restored. In spite of all these sacrifices and successes accusing army of extra judicial deaths is equivalent to mutilating sacrifices of army and act of agents of enemy. 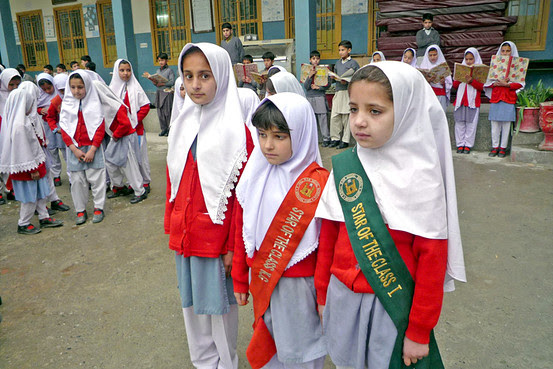 Alas! Asma Jahangir might have used her influence in her to get visas for the International Fact Finding Commission, who are waiting for last 17 years to get visas and visit Indian Held Kashmir. Or she had told what she had seen in Indian Held Kashmir during her visit there. So that Pakistanis can know the facts that according to her, “Torture and violence, raping of underage girls to elderly women, burning of property and most important illegal Hold of Kashmir by Indian Army, all this is lie”.
Statement of Asma Jahangir
Article of Yousafzai
Written By Khalid Baig,
Published in Daily Nawa-i-Waqt,
Date: 29 August 2009.
Blogged with the Flock Browser
at 1:27 PM