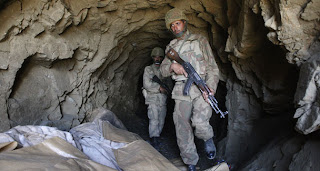 In spite of American and Allied forces in Afghanistan and their full control over Kabul increasing Indian influence in Afghanistan and moreover Indian interference in Pakistan via  western border has been so much clear that even international media has started raising questions. In the August of last year (2008) when new intelligence agency of Afghanistan had been established Hamid Qarzai thanked India for playing vital role in establishment of this agency and said that in current changing situation the establishment of such an intelligence agency was inevitable. America also did not express any concerns about it that at least it needed supports due to situation it is facing (the top of list is fear of defeat). And due to the veiled name “Research and Analysis Milli of Afghanistan” including international media no body could understand that hidden purposes behind this agency is not stability of Afghanistan but destabilization of Pakistan. However when due to new born Afghan Intelligence agency hurt American interests than some Americans and Afghan understood the link between RAW and RAMA. They understood the importance of name “RAMA” (Ram of Hindus) and they also felt that India is using  continuing lawlessness in Afghanistan as its agenda.
American intellectual Mike J. Woller has written an article in Washington Post on 22 October 2009 with title of “Role of RAW & RAMA in Afghan Jihadi Guerilla War”. He claims that RAW and RAMA are two faces of same agency and the activities they are taking will be practically siren for American interests in the area. He has warned Obama establishment that at least what is the cause that in last few years not only in Afghanistan but in the millions of Muslims of the region there has been severe growth of hatred against USA. Mike Woller has asked American establishment that at least how long USA can continue its rule over Afghanistan due to India? India, who has no adjacent border with Afghanistan. But in spite of this India is spending more then 1 billion dollars annually. All the administrative expenses of RAMA are being paid by Indian Embassy in Kabul. America and its allies are limited to four major cities of Afghanistan while Indians are present near Pakistani border in the north Assadabad n Jalalabad and in the south to Qandhar moreover in North-Western Cities Mazar-e-Shareef, Shabeer Gan, Koh Shilla Jadeed, Bamian, Herat, Khaik, Lashkar Gah, and Husn Kheli. In the harsh words Mike has clearly written that if like Vietnam and Iraq America is defeated (which is obvious) then everyone should accept that it is due to the extra facilities provided to secreat agencies of India(Research & Analysis Wig (RAW) and Defense Intelligence Agency (DIA)) by Americans. 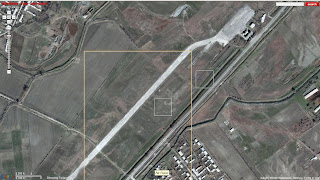 Keep in mind that Indian established Secret Agency of Afghanistan RAMA’s headquarter is in Jabl Alsiraj of Ahmad Shad Masood. While training camps of this agency are in “Nom” village of Nooristan, there on duty officers of RAW and Indian Army’s Commandoes train employees of new Afghan Agency. All the expenses of RAMA are paid by India. The trainers include retired persons from Russian Secret agency KHAD as well. In above mentioned training camps the courses from 45 days to 18 months tenure are conducted. In these training courses these persons are trained suicide bomb blasts to terrorist activities and Gorilla Warfare practically. According to international defense analysts actually RAMA has been established to paralyze ISI and destabilize Pakistan. In these activities they have practical support of Israeli MOSSAD as well.
In the scenario of situation in Afghanistan with reference to Italian News Agency famous newspaper of Italy “Coreiere Della Sera” (in its English addition) and “Al Awenire” have published news and analyses on 28th, 29th August 2009. according to the news Italian forces working under the NATO, their troops deployed on the famous “Ring Road” of Afghanistan stopped a suspicious “Land Rover” Jeep going from Afghan border province Kanduz to Baghlan. When this jeep was searched there were Rocket Launchers, Rifles, and spare rounds. The five persons riding the jeep were arrested by Italian forces and transferred to their check post. Over investigation it was revealed that 2 of these persons were from Tajikistan, 2 from Uzbekistan and one was local Afghan. Only Afghan had papers of identification. According to these papers he was working as Shift Supervisor in Kabul in Indian Construction Company. On the further investigation it was further disclosed that al four persons had taken training of Gorilla warfare in the Farkhor air port, 140 Km away from Tajikistan’s capital and 2 Km away from Uzbekistan’s border. They all were going to Kabul along with their Afghan Guide. After two weeks stay in Kabul they would have been sent to their next destination (tribal areas of Pakistan). Till that time Italian soldiers were ignorant that Farkhor Airbase has been leased by in Tajikistan by India. Italian soldiers thought that on the will of Russia, Tajik govt. is playing that game and Russia wants to take revenge from Pakistan for its defeat in Afghanistan as Soviet Union. However after few hours important officials of Afghan Interior Ministry along with few Indians arrived on the check post and took the five men along with their weapons with them. 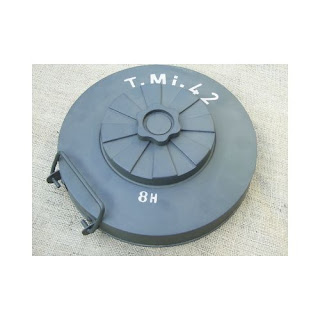 When all this was happening coincidentally an Italian journalist belonging to Rome “Austro D. Agnelli” was staying on the Italian army check post as guest. He had specially came there to meet his cousin deployed on the check post. When as journalist he further investigated into this matter, he made astonishing disclosures. According to these disclosures India has established a training camp adjacent to airbase in Tajikistan, moreover this process of training terrorists have been continuously going on since 2005.
According to methodology members of Indian Secret Services at Farkhor airbase, recruit underage, unemployed youth from underdeveloped parts of Tajikistan and Uzbekistan in garb of highly paid jobs. Handsome  money is also paid to their families in advance. Young men are provided good food, dress, and living within camps. During this period Muslim Preachers from India preach religion to them for 2-3 weeks. Problems of Muslims are discussed along with so called reasons; they are made to believe that reason of all Muslim issues is Pakistan. Muslim Moulvi’s brain washed these young in Uzbek and Tajik languages. After this stage they are asked whether they want to have an ordinary job or fight against Pakistan for Muslims and Islam and get entry into Jannah. In case of fight against Pakistan they are offered double pay. According to Italian journalist very few Uzbek or Tajik avoid fighting against Pakistan. After this second stage starts, young men who have refused fighting against Pakistan are sent to India for further brain washing. Rest of them are given military training. This process continues for 4-6 months. They are trained to use automatic weapons, preparation of explosives and their installations and Gorilla warfare. During training they are only allowed to meet their families on the condition that they will not disclose anything about their employment. They are also introduced to Indian civilization and made to believe that this is heaven on earth, where people following all religions including Muslims live peacefully and Pakistan wants to destroy it. Another important aspect of Indian training camp at Farkhor base is that Indian women keep arriving there, the young trainees are married to these women and are assured that if they get killed in Pakistan these women will be waiting for them in heaven. Before start of the mission their visit to India is arranged. Here they meet so called prosperous Muslim families who are worried because of Pakistan and fear its atomic weapons. On return from India they are launched into tribal areas of Pakistan through Kabul.
According to Italian Journalist’s research, young men from FATA and Balochistan are also trained along side Tajiks and Uzbeks. Through this India enjoys double benefits; one they get manpower within Pakistan for terrorism, two Uzbek and Tajik does not feel abandoned in fight. 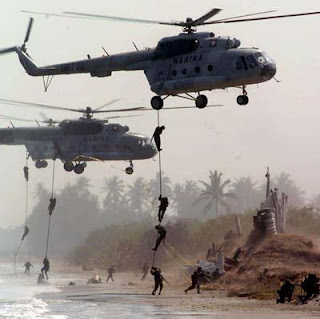 Dear readers when India secretly gained access to abandoned airbase in Tajikistan, defense analysts viewed it as Indian attempt to have a military airbase in Central Asia and gain access to Central Asian states. When Tajik newspapers broke the news, Tajik govt. claimed that India is only going to reconstruct the base and would not be allowed to have a military base. Indians claimed that they want to avoid December 1999 scenario. When Indian aircraft IC-814 was hijacked to Qandhar. Indians should have a military base if factions opposed to India gain power in Kabul in future. Although 2 squadrons consisting of fourteen Mig-29 and one squadron of MI-17 gunship helicopters are present on Farkhor base but in fact this base is being used more for training of terrorists. From these camps terrorists are entering into Pakistan via Afghanistan after training. Western media has also acknowledged the extent of Indian involvement in terrorist activities against Pakistan. US Foreign Secretary has said that Pakistan has not provided evidence of Indian involvement during her visit. Why this happened and why Pakistani govt. is adamant that it will provide evidence of involvement to India during negotiations if these happen. Till what time nation will be fooled like this? We have not been able to raise destruction of Samjhota Express with India so far, although Indians confess this horrendous crime. On the other hand we have put out fingers into our mouth despite having knowledge of Indian involvement in remotely controlled and suicide bombing happening daily in Pakistan. But Why…