Pakistan’s Nukes... What are "they" upto? 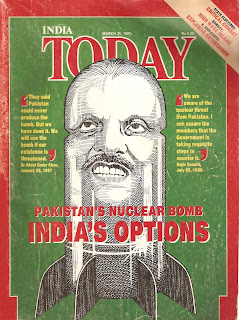 On 8th January 2009 an important Indian Atomic scientist suddenly disappeared. At the time of disappearance “Lok Nath Mahalingham” was working in Kaligah Nuclear Power Plat Karnataka. Before he was working on Madaris Atomic Power Project near Chennai two years before he was transferred to Karnataka Power Plant after a scandal of Uranium theft was unveiled. IAEA has complained against him. America has also informed India that Indian scientist is smuggling enriched uranium through Nepal. However has done nothing except transferring him from one nuclear plant to other plant.
After civil nuclear deal between USA and India, disappearance of a nuclear scientist in his own country was important news. But silence of India and US over this matter is of greater importance. Astonishingly the dead body of Lok Nath was found after six days on the bank of River Kali, but America and India did not react over it. Indian govt. just got contented on a press release expressing possibility that Lok Nath might have been killed by terrorists or factions active for separation.
There are two suspicious aspects of the murder of Indian scientist; First, separatists are so much organized and powerful that they can easily kidnap and murder such an important personality (Possibly India has unintentionally admitted for first time the presence of separatists), Second important aspect is about media, that why on such an important matter Western and American media had been silent? Just only for that Lok Nath was allegedly involved in supply of enriched uranium through underworld? Moreover after civil nuclear deal with India this news could have created problems for USA. Then India itself is involved in murder of its scientist or America has assassinated him and advised India to keep silent. Then in such a situation what is crime of Pakistan, why western media has objection over Pakistan’s Nuclear Capability? Enemies of Pakistan are against Pakistani Nukes right from the start and after Pakistan has successfully acquired nuclear technology their conspiracies have increased. But shameful fact is that our own people are equally involved in these conspiracies, at least why? 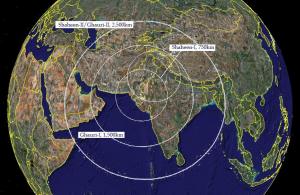 After sending spy satellite to space with the support of Israel, India has also bought AWACS from Jews. In order to tackle lawlessness on western side Pak-Army is busy on Afghan Boundary and tribal areas. In such situation US says India is not Pakistan’s enemy. Suddenly India has started talking about withdrawal of troops from Held Kashmir. Through bans on freedom movement of Kashmiri people from UNO, India has already paralyzed it. The moral and legal right Kashmiri People for freedom is not accepted by world and especially USA. What else India needs? It will transfer 700,000 troops from Kashmir to Pakistani boundary. After this in Delhi or any other major city the staged drama of terrorism will be enough for Indian attack over Pakistan. In such situation while Pakistani economy is already pledged by IMF and World Bank, how longer Pak-Army will be able to fight on two sides? Under these conditions, Pakistani nukes can deter any adventurism from Hindu Brahmans.
Consider objections in the backdrop of these circumstances; is it not clear that after defeat in tribal areas enemies are trying to dispute Pakistani nukes? Criticism of Pakistani nukes on international level is not new, Pakistani intellectuals and analysts have started a new discussion while Pak-Army is facing so called Islamists supported and organized by few powers of world. They are objecting that Pakistan should not have conducted nuclear tests. A poor country like Pakistan does not need nuclear weapons. So called champions of free media, two private TV channels have even got such statements from their guest speakers, “This nuclear capability is cause of all the problems of the nation. If we had spent our wealth and energies for development in spite nuclear weapons, today Pakistan has been amongst the list of developed nations”. 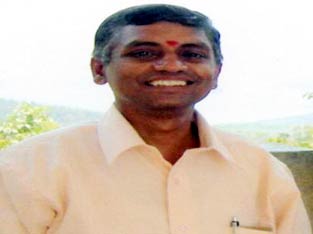 This discussion apparently has been started in the scenario of celebrations in the commemoration of Nuclear Tests on 28th May. But famous scholar and teacher of science from Islamabad, Dr. Hood Bhai has already written an article against Pakistani Nuclear weapons in Indian digest, “Outlook”. This article has supported propaganda of enemies against Pakistani nuclear weapons.  Chief of Indian Army General Deepak Kapoor has expressed concerns about Pakistani atomic weapons and appealed international community in this matter. American Senators has also said that Pakistan is using US Aide to increase number of atomic bombs and manufacture plutonium bombs. In presence of such propaganda which country will be ready to provide aid for rehabilitation of effected people of northern areas who have lost their homes and property during operations against terrorism. Painful fact is that during discussion opponents of Pakistani nuclear weapons provide a series of articles written by a famous journalist as evidence to support their claim against Pakistani Nukes, i.e. how he tried to convince and stop Nawaz Sharif from Nuclear Test. All Pakistani intellectuals while criticizing nukes should keep in mind that they are not criticizing nukes but Pakistan. Because the nukes are not guarantors of safety of Pakistan but it has become a part of Pakistan. They should read the book written by “Ravi Rakhe” about Brass Take War Games, the title of book is, “The War that Never Was”. This book makes it clear that what would have happened if Pakistan does not have nuclear weapons. Author treats Indian Prime Minister Rajeev Gandhi as a coward who believed the threat of nuclear war by General Zia-ul-Haq and lost golden chance to capture Pakistan. In contrast to this Indian newspaper “India Today” not only Rajeev Gandhi but his cabinet along with whole Indian Parliament as cowards. The representative of India Today has included the comments of Rajeev Gandhi’s special advisor “Behramnam” in his article. He quotes;
“General Zia-ul-Haq arrived in Delhi for cricket match as a spectator without any invitation. At that time Rajeev Gandhi was not ready to meet him at the airport. Indian troops were waiting for the PM’s orders on the Rajasthan sector to invade into Pakistani territory. In such situation it was improper to meet General Zia-ul-Haq. But opposition leaders and cabinet members were of the view that if arrived Pakistani leader has arrived in delhi without any invitation (from here he had to departure for Chennai for cricket match), it will against diplomatic values not to meet him and will cause misunderstanding about Indian leadership on the international level. On our demand Rajeev Gandhi got ready to go to Delhi airport, he coldly shaked hands with General Zia-ul-Haq without making any eye contact. Rajeev said to me, “General has to go to Chennai for cricket match, so accompany him and take care of him”. Bhagwan knows how strong was that man, in spite of insulting behavior of Gandhi, Zia kept smiling.
Before departure for Chennai General Zia-ul-Haq while saying good bye to Gandhi said, “Mr. Rajeev you want to attack Pakistan, do it. But keep in mind after this world will forget Hilaku Khan and Changez Khan and will remember only Zia-ul-Haq and Rajeev Gandhi. Because this will not be conventional war but nuclear war. Possibly whole Pakistan might be destroyed in this was but Muslims will be still there, however after destruction of India, Hinduism will be vanished”. In spite of cold drops of perspiration were visible on Gandhi’s forehead. I felt sensation in my backbone. These were only few moments when Zia-ul-Haq looked a dangerous man, his face was stern his eyes showed that he will do whatever he is saying no matter whole sub continent is burnt to ashes in nuclear war. I was astonished, after warning, in the blink of eye Zia-ul-Haq brought his smile; he warmly shook hands with other hosts. Except me and Rajeev Gandhi no one was aware that Zia-ul-Haq looking very happy and in light mood has created trouble for Indian PM by threatening him of nuclear war”. 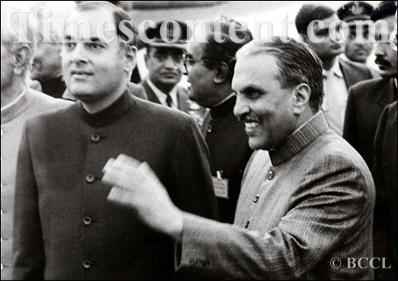 It was nuclear capability which adhered India from attacking Pakistan. Representatives of India Today “Daleep Bob” and “Mandir Singh” write in their cover story, “Indian army was ready but Indian politicians cheated, such people are not worthy of being called Hindus and also not worthy of being leaders of India. They got afraid threats of a Pakistani General”. In their story of ten pages they have no where mentioned the cause behind India-Pakistan disputes/tension. They are not concerned with the Indian torture in Held Kashmir; they are just regretting that Indian, Indian politicians lost a golden chance to fulfill the dream of Greater India. According to some Indian intellectuals Indian army and RAW has collectively planned murder of Rajeev Gandhi so that he can be punished for being coward in front of Zia-ul-Haq and being the cause of defeat of army during Brass Take War Games. We had started from the murder of Indian nuclear scientist Lok Nath. International media is silent on it, but always worried about Pakistani Nuclear programs. Time by time their propaganda is going on. In the edition of first week of June 2009 weekly “Newsweek” writes, “Religious extremism might get access to spare uranium from Pakistani nuclear facilities. In the fight between Pak-Army and Taliban the question about future of nuclear weapons makes one shiver”. But Newsweek or other media cannot see the protest of family of Indian scientist. They have rejected official claim about his murder. They are of the view that dead body of Lok Nath has not been found on the bank of river Kali. But his mutilated corpse had been retrieved by divers of Indian Navy from the depth of river. Moreover on the morning of 8th June 2009 as per usual Lok Nath had gone for jogging, on track of India Navy situated on the bank of river Kali. Before disappearing last time he had been seen on that track. Then how did officials of navy was aware that his body is present in the depth of river? The questions and protest of Lok Nath’s widow is valid on its place, but why our free private media is silent on such an important incident? This was the time to tell the world that India is an irresponsible country possessing nuclear technology. While Indian scientists are involved in smuggling and selling of uranium and nuclear technology…