Muslim member Lord Nazir of British House of Lords has said, "Obama is visiting India but Pakistan has given unmatchable sacrifices in war on terror is being ignored. So Pakistan should end all relations and support in war against terrorism". We all know that bitter reality that government of Pakistan will not give attention to Lord Nazir's protest, however what lord Nazir has said is the voice of every Pakistani either he lives in Pakistan or abroad. Definitely Pakistanis are sad on being ignored in such a way by America. Otherwise every American President who visited India also visited Pakistan even for few hours. You remember the visit of American President Bill Clinton in 2001, with the biggest delegation of history and after one week's stay on return he took it proper to show solidarity with Pakistani nation and stop in Islamabad, although martial law has been imposed in Pakistan. America did not want that visit to Pakistan should be taken as support to martial law. In order to falsify this thought American has announced that no official should come to receive American President on the airport. Bill Clinton directly addressed Pakistani nation from American embassy and hardly restricted his photo shots along with Chief Executive Pervaiz Musharaf. But now when there is American favorite democratic govt. is ruling Pakistan then why Pakistan is being ignored, just to please India?
On 31st October has published a news report according to special resources that during Obama's four day stay in India he will not bring name of Kashmir on his mouth. And if any journalist asked about Kashmir (India has already made sure that no one will talk about Kashmir) Obama will give brief reply, "Kashmir is internal problem of India". While according to representative of famous American economic weekly, "Foreign Policy Magazine” and monitor for South Asian affairs "Christine Feer" has severely criticized Obama’s visit in last week's issue. He/she writes, "If America wants peace in Afghanistan then this could be only done by solving problem of Kashmir. While American officials are not ready to understand this that how India is influencing neighbor countries and is increasing its influence there". According to Christine, "in American army there are such Generals who have concerns about increasing Indian role and influence in politics, economy and defense of Afghanistan. while India not only wants to keep an eye on Pakistan through its presence in Afghanistan but also wants to go one step ahead and increase its influence within Pakistan".
Readers will have been thinking that what change has occurred in the region, due to which America has decided to ignore frontline ally like Pakistan who has given unmatchable sacrifices in war on terror. And in order to please India is not ready just to talk about Kashmir problem? The reason behind this is vast Indian trade market or big deals of weapons that America has been forced to accept all Indian demands? Before giving answer to these questions let us analyze Pak-American relations history in brief. 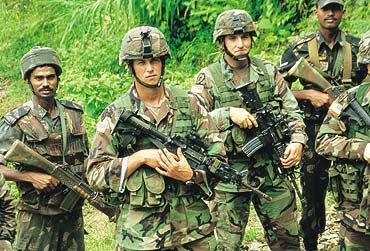