Talk About “General Hoon”, Not of Colonel Saadat-ul-llah 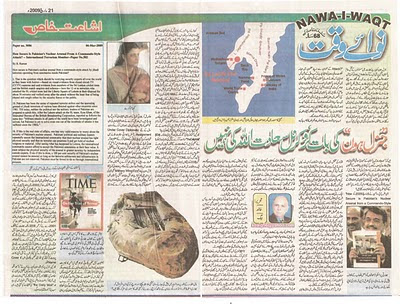 Propaganda of B. Ramin against Pakistani Nukes
Written By Khalid Baig,
Published By Daily Nawa-i-Waqt,
Dated: 21 March 2009
at 2:30 PM