If We Will Stand Upside Down, How Can We See Correctly… (Match Fixing Scandal of Pakistani Cricket Team) 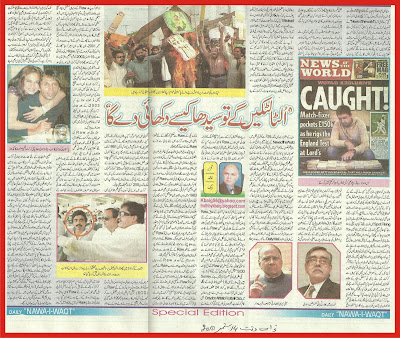