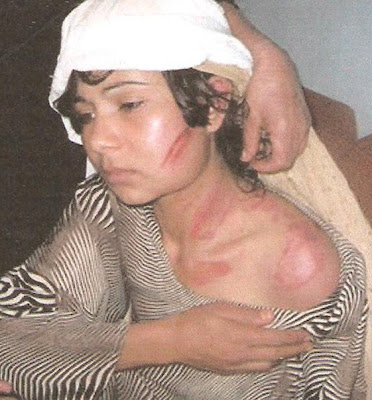 Eleven Year Old Girl Sanober; she has been raped by American Soldiers (For Attention of Hilary Clinton)
Before departure for 5 day visit to India American Foreign Minister Hilary issued statement “Now Americans have started raising questions, if leadership of Al-Qaeda is hiding in Pakistan that what American army is doing in Afghanistan?” after spending three days in Mumbai when she arrived at New Delhi she restated the same with different words, “Culprits of 9/11 attacks on America are present in Pakistan”.
Pakistani govt. rejected her statement but after eight years such statement of American Foreign Minister in India, the enemy of Pakistan is much serious and meaningful. In the tense situation of the area importance of the above statement grows more important because first time in the history America has shifted its full support to India. Although right form the beginning American “Democratic Party” has been inclined towards India but India has never been given so much importance over Pakistan. After Kargil War in 1999 Bill Clinton visited India for five days along with his wife but he also visited Pakistan even just for 6 hours in spite of his dislike of Musharaf. 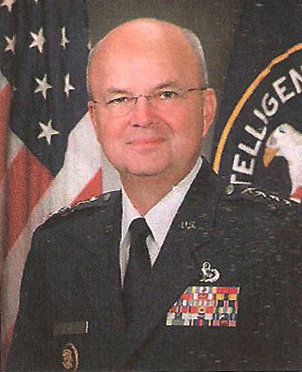 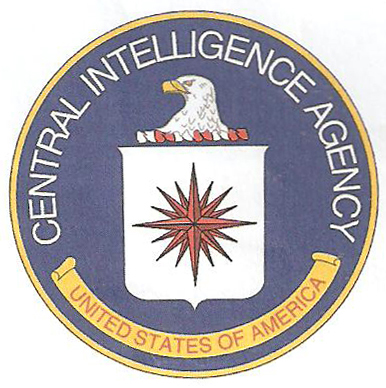 According to some defense analysts that the reason behind the visit of Hilary’s visit to India is her visit to China last February (2008). She had said nothing for solving disputes between China and India, in spite of this she just discussed mutual relations between China and America and just praised China. Afterwards keeping in view the coldness from Indian side she planned this visit to please India. But this hypothesis is rejected as during her visit to India she no where mentioned her visit to China and Indian journalists also did not ask any questions about it. Hilary tried to please India by calling it as a world power, afterwards signing deals for construction of two nuclear reactors, moreover deals of latest weapons and war planes were made so that deteriorating American economy can be given some support. On the other hand ignoring Indian aggressiveness towards small neighbor countries she showed her brutal lust that she only respects American interests not the humanity. 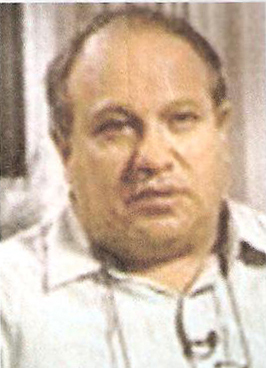 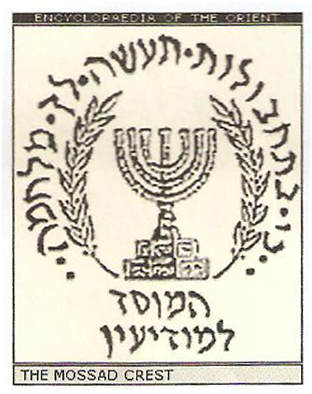 Also her conversation started and ended with words “terrorism” during these five days. Astonishing fact is that during these five days Indian English print media has no topic except “terrorism, Lashkar-e-Taiba, Jais-e-Muhammad and Maulana Azhar Masood”. Even they blamed Lashkar-e-Taiba for supprting Maoists and Naxalites. The Hindu Newspaper of India published a report relating to Indian secret agencies that dangerous terrorist “Muhammad Umar Madni” was arrested from Nepal’s capital and brought to New Delhi. During the investigation Muhammad Umar Madni disclosed that he was responsible for bringing separatists of Naxalites and Maoists to Pakistan. Here they were given training for terrorism. This is the role of Indian media.
Let us come back towards the Hilary’s statement about leadership of Al-Qaeda. This reminds us the statements of Rumsfield and Colin Powell against Iraq. During this Bush administration was saying that Saddam Hussain has weapons of mass destruction, these can be a cause of destruction for the whole world. And now both above mentioned persons claim that their secret agencies are responsible for the deaths of 1 million Iraqis and destruction of Iraq. On the fake report of them Iraq was crushed, have they been punished for their guilt?
There cannot be more disgrace from this that just on the basis of hypothesis millions of people are murdered and then responsible for the whole of this pretend to be innocent. Respected Readers if you remember that in the start of 2003 in order to deceive international community a team of weapon inspectors was sent to Iraq under supervision of United Nations. This team conducted a search of Saddam’s Palaces for biological and chemical weapons and deceived the whole world. Actually the whole struggle was for that pure gold amounted in tons which have been hidden by Saddam in these palaces. This gold was right of Iraqi people but American and British forces stole that all. In other words it is an open theft. Where did that all gold vanish? Has it been saved to American and Britain treasury or just few people had filled their coffers? No one has dared to ask Bush and Tony Blair about it. 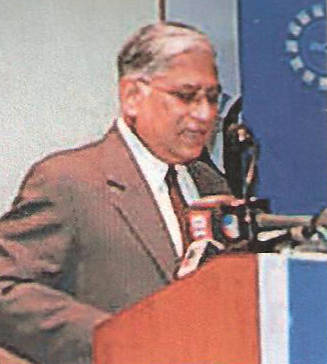 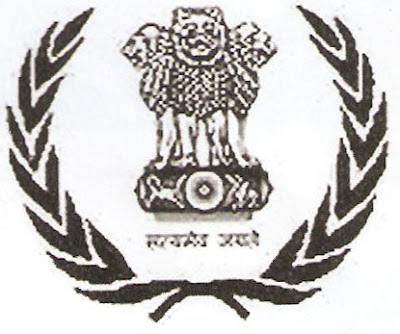 On such shamelessness first of all conscious of British Scientist “David Kelly” jolted him (David Kelly was member of Team for inspection of Iraqi weapons). In 2004 he disclosed truth to his friend (director of BBC News) that the inspection of Iraqi weapons was a drama. The whole script was written just to steal Iraqi gold and oil. Female director News issued that report to “Morning News” before broadcasting it on BBC. The whole world was jolted. Tony Blair rejected the report in order to save himself from defaming and established a high ranked inquiry committee. Secret agencies of Britain reported to Tony Blair that David has leaked that news. After few days David went out early in the morning and after two hours his dead body was found in bushes. His both wrists were cut down. British govt. issued the statement that David has attempted suicide because he was experiencing psychological problems.
Readers this is the developed society and its civilized, democratic, human loving rulers. Now Hilary says that leadership of Al-Qaeda is present in Pakistan because American public has started raising questions that what is American army doing in Afghanistan?
If Hilary has the courage to speak the truth then she should tell her people that American army is doing nothing in Afghanistan except murders, drug trafficking, smuggling precious stones, and raping afghan widows and children. She should tell her people the report by “Revolutionary Association of Women of Afghanistan (RAWA)” which has the full details of war crimes and tortures made Americans and Northern Alliance under American supervision. 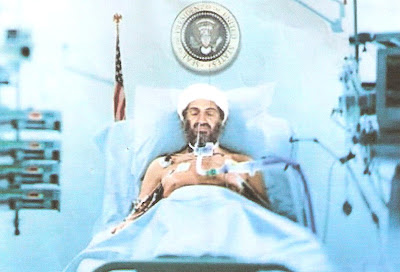 Hilary Clinton should be told that Osama is under treatment in USA or Afghanistan
As far as the statement about presence of 9/11s culprits in Pakistan is concerned even Americans are not ready to accept this incident as reality. Different American analysts have proved that this was a staged drama after considering all the facts about it. If CIA was not involved in its planning but American security agencies are involved in it. When America blamed Osama Bin Laden world was not ready to accept that a person sitting in the barren mountains of Afghanistan can conduct conspiracy of crashing passenger aero-planes to high skyscrapers. Americans remember that after the incident all American airports were closed and except war planes no aeroplane was allowed to fly. But Bush administration first of all collected family of Osama spread in New York, California and Texas to New York. Afterwards in the dark of night they were transferred to Europe. And now on the internet a Russian website claims that whether alive or dead in both situations Osama is in the custody of America. Website has also issued a picture in which Osama has been shown under treatment under American supervision. Russian website also claims that Pakistan will not succeed in capturing its enemy Baitullah Mehsood because he commands and controls resistance against Pakistan army from Afghanistan.
Now let us come towards “Operation Blue Tulsi”. It is a story of comprehensive planning of Indian RAW and Israeli MOSSAD against Pakistan. In it has been disclosed that how both countries have planned to disintegrate Pakistan after destroying nuclear assets of Pakistan. India has named this operation on the name of Holy Plant “Tulsi” of Hindus for fulfilling its enmity against Pakistan. Website “Janes Information Group” discovered this plan, and after analyzing the incidents occurring in last ten years they issued a comprehensive and detailed report. According to the report India and Israel planned and prepared for 15 years with extreme patience to stop Pakistan from becoming a nuclear power and disintegrating it. Afterwards from 1995 to 2005 the procedure for implementation of the plan was decided and now they are working on this plan. How both countries involved America in their plan this report also discloses that. That if Pakistan is going to fall in the hands of terrorists then America will help Israel and India to destroy Pakistani nuclear weapons. The important disclosure of this report is that India has supplied 25 million Dollars to Baitullah Mehsood for attacking any of the nuclear assets/sites of Pakistan. If Baitullah Mehsood succeeds in conducting such attack, then Indian and western media will start a cyclone of propaganda that Pakistani nuclear weapons are a Potential Threat for world. After this it will be easy to mould international community that American and NATO forces should capture Pakistani Nuclear assets under United Nations and it will not be possible for Pakistan to stand against United Nations. Under this plan India started process of Brain Washing youth of tribal areas in 2002. 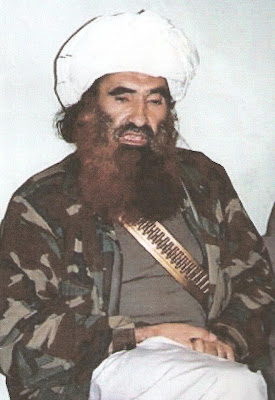 Baitullah Mehsood
After reading this report this can said with sure that Mumbai attacks were also a chain of Operation Blue Tulsi. The question is that our enemies are marching forward with proper planning for our destruction but what steps we have taken to safe guard ourselves? Is nation ready to face satanic union of RAW, CIA and MOSSAD?
External Links:
RAWA
Written By Khalid Baig,
In Daily Nawa-i-Waqt,
Dated: 25 July, 2009.
at 11:38 PM