Definitely now a days Pakistani officials and public are busy in tackling the destructions of flood. The demand of time is also that, however flood of terrorism cannot be ignored in spite of all these troubles which have encircled whole country for last five years. Ignoring terrorism will be equivalent to inviting a new cyclone of terrorism and destruction. Which city is safe from this bloody game? The cities targeted by suicide bombs are still contaminated with the smell of dynamite. The imagination of scattered human limbs is still like a nightmare for the locals of those areas. From where is such huge dynamite being supplied? The use of 1000-1200 KGs of dynamite is routine of these suicide attacks. Not only Pakistanis but whole world is astonished over presence of such a big cache of dynamite in the hands of terrorists. Who is supplying such goods of death? This question is yet unanswered. If anyone tried to take the name of India for supporting terrorists, many groups got hurt. The Conspiracy Theory was blamed for this. The conjugation of good Taliban, Bad Taliban, and Punjabi Taliban was started. Ok! We do not take the name of India. But a news which is directly linked to the safety of Pakistan and Pakistani public, why it has been ignored? Is not this astonishing fact that such important news has been not given any attention? 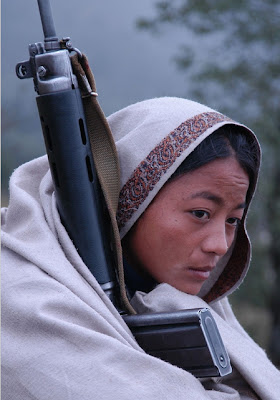 A Mao Girl: Expert in Gorilla Warfare
Last month readers have read that news, 390 metric ton dynamite has been stolen from a dynamite factory in Indian state Rajasthan (Adjacent to Pakistan). All those 60 trucks loaded with dynamite were dissipated on their way. They also had 200000 detonators which have been also stolen along with explosives. Is this a usual matter? But like international media even in Pakistan such important news failed to get any importance. Only two weeks have passed that not only quantity of stolen material increased but number of trucks also increased. According to news report the number of trucks vanishing along with 850 tons is 164. Moreover thieves also took 500000 detonators along with them. After Tehelka.com disclosed such important report some news were published in Indian newspapers. Police explained to the media that few people have been arrested but still nothing is known about whereabouts of explosives. Police said that there might be a hand of illegal miners. When on this matter journalists raised questions about increasing activities of Mao Rebellions in southern states of India. Spokesperson for interior ministry of media replied usuriously that if terrorists get their on such a huge quantity of explosives this can be a potential security risk. Their style was such as Indian govt. knows that where these explosives will be used. Here I would like to make it clear that here by terrorists they do not mean Naxalites but extremist Islamic organizations like Lashkar-e-Taiba. According to Indian police from the government factory in Dhoolpur (Rajasthan) “Rajasthan Explosive” 164 trucks were departure in time of two or three months but they have been unable to reach to their destination. Now consider that trucks who have to arrive their destination within 62 hours, upon non arrival of them to their destination no action has been taken, no investigation has been started. The company who ordered for these explosives have not made protest that in spite of advance cash payment it could not receive its goods. We can ignore one or two trucks but here we have number of 164 trucks weighing 850 tons of explosives. But there is no sign of worriedness neither in Indian govt. nor in Indian people? Still cannot understand that where that afore mentioned explosives went or from where terrorists are getting explosives for terrorism in Pakistan? 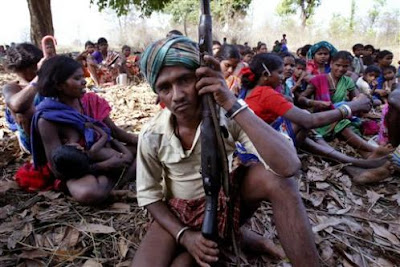 Mao Tribes; Their poverty is real cause of freedom fight!
Let us now analyze that report from another angle. In the upcoming October India is going to host Common Wealth Games. Considering them India has started a propaganda in advance under its damned plan that “Lashkar-e-Taiba supported by Pakistan may sabotage and target local and international spectators of Common Wealth games as they attacked Mumbai before in November 2008”. And according to Indian Foreign Minister America has been told about Indian concerns. Also a request has been launched to America that it should support India against expected terrorist attack of Lashkar-e-Taiba and to talk with Pakistan about this. You remember that in Islamabad in July American Admiral Mike Moline claimed Lashkar-e-Taiba as most dangerous organization of world and demanded operation against them. According to Indian Foreign Minister the statement of Molin was a chain of Indian concerns because Molin has visited Islamabad via Delhi. 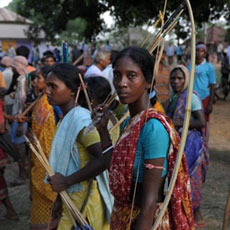 Mao Women! Equiped with arrows to fight against Indian Army...
Now let us look at the Indian concerns in the light of different bomb blasts that happened in Smjhota Express (A train between Pakistan and India), Maligaon, Malka Masjid of Dakan and many more which were conducted by Indian secret agencies. Afterwards Pakistan, ISI and Lashkar-e-Taiba was blamed for those attacks in such a planed way that world believed it to be true. Even the Indian army officers including Colonel Prohet etc who were arrested for being directly involved in those attacks and who also accepted their guilt in Indian court. In spite of all this we are making explanations that India has made it difficult for us to face the world due to November 2008 attacks on Mumbai. We have never demanded that India should apologize for fake accuses. Even if we have just demanded investigation report and Compensation for the Pakistani passengers killed in Smjhota Express by Indian secret agencies, then have not dared to accuse us on the hypothesis of attacks on Common Wealth games. Pakistan who is already low level of trust in the international community, how much difficult it will become for us if India succeeds in conducting a blast in Common Wealth games. 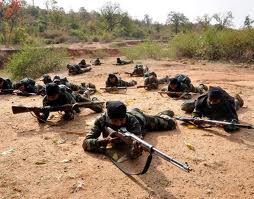 Moreover as Indian Interior Minister has tried to decrease the severity of the matter of stolen dynamite that they may fall in the hands of Maoists. Here I would like to explain that they do not have weapons of mass destruction, they are fighting for their rights with small automatic weapons and using old Bow and Arrows along with single shot rifles. Yes! They have the weapon of enthusiasm for freedom. In the history of Maoists they have not used explosives for blasts. Naxalites and Tamils have been involved in blasts but Maoists ambush Indian army with extreme skill. They have conducted so many successful attacks that if they come in the eyes of the world they will put a ban on their citizens declaring India as most dangerous country. But due to interests of western countries in Indian markets and Jewish Lobby the activities of Maoists and their poverty has been hidden from govt. International did not allow to bring forward all these deprivations. Look at the picture of dead bodies of Indian soldiers who were killed just in one ambush you will not see any stain of blood over their uniforms or any signs of them being killed in fight. The reason behind this is that Maoists do not fire more than one round for each Indian soldier, for them the value of a bullet is more than the soldiers of Indian army. After killing they remove everything from the dead bodies of Indian soldiers. Indian govt. wraps up nude dead bodies in new uniforms and hands them over to their relatives. But keep in mind that India media has been blaming Maoists for having links with Pakistan ISI and Muslims while Indian govt. is silent yet. However as per need Indian govt. may blame Pakistan for supporting Maoists and then western media will start a new war against Pakistan. 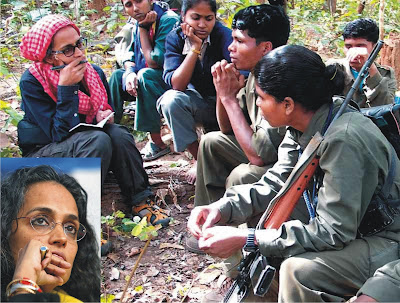 ARUNDHATI ROY: Talking with Maoists about reasons for their war with Indian Govt.
Although as Maoists are conducting their activities, gaining success against Indian army, that day is not far when international media will be forced to give coverage to Maoists and that will be the time when Indian govt. will blame Pakistan for supporting Maoists. Now this is the responsibility of Pakistan govt. that it understands the situation and takes the matter of stolen dynamite to United Nations and demand investigation in this matter. Also we should raise concerns that if before such incidents of stealing of explosives have been reported then what steps Indian govt. to search them. India and its supporting countries are bound to indemnify Pakistan that stolen explosives will not be used in any conspiracy against Pakistan or blasts in Pakistan. This is not enough Pakistan should make world look at the problems of Naxalites and Maoists so that India is not allowed to use all of its resources to purchase costly weapons of mass destruction and in converting itself in cache of weapons. In spite of this India should be forced to elevate poverty in south and south western states. For this we may benefit through the report of internationally famous writer Arundhati Roy. She has compiled this report after spending two weeks with Maoists in the light of war between India and Maoists. She writes;
“Well this is and odd way to frame before and after mischief happened because actually you know this cycle of violence has been building on and on. Who they are, celebrating the killings of Jawan’s (Soldiers) and other side of the people who are asking for Maoists to be wiped out. This system is in a war that’s been pushed on people and that unfortunately is becoming a war of the rich and the poor, in which rich put forward the poorest of the poor to fight the poor”.
Due to the social structure of India built over advises of Kotla Chankiya and caste system, the process of deterioration of India can be easily understood by the above lines. 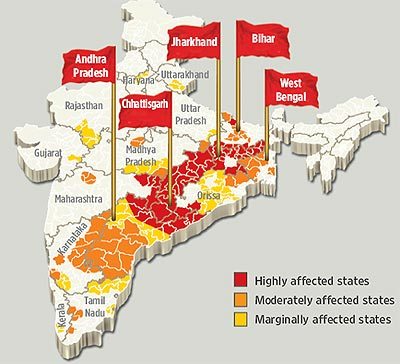 The areas controlled by Maoists
In the end for the interest of readers I would like to disclose that story of accusing Pakistani cricketers in gambling is not that much simple. The central role of the story Bookie Mazhar Majeed which has been freed by British police on bales none customarily. His wife is an Indian citizen and regular employee of RAW. The brother of law of Mazhar is also very influential person in Delhi govt. We will talk on this some other time…
Urdu Copy: